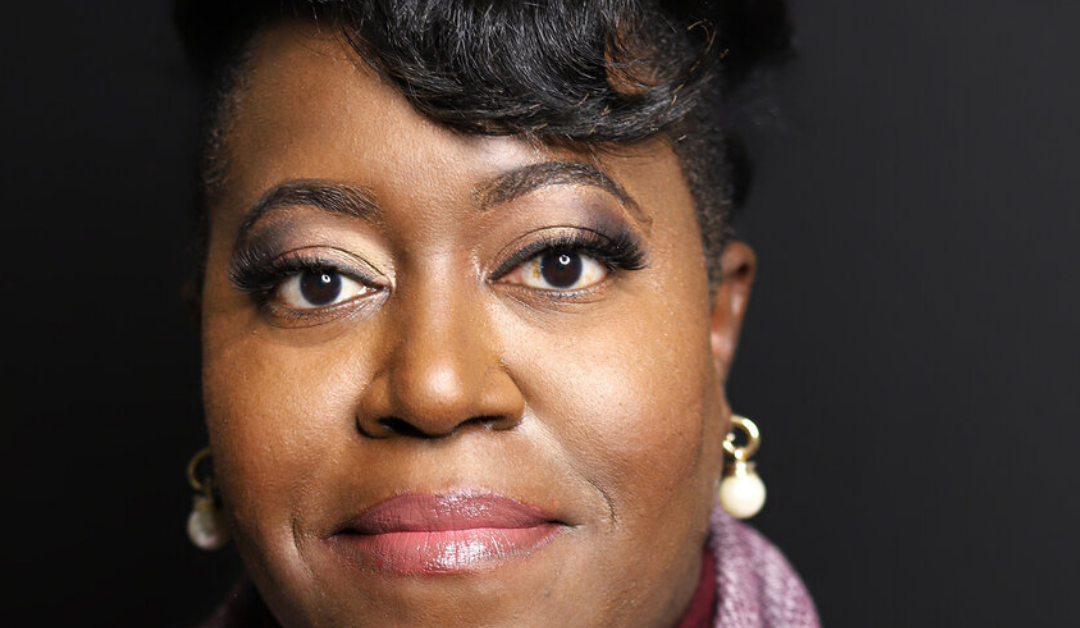 Our BlackHer Shero of the week is Tamieka Atkins, executive director of ProGeorgia, Georgia’s state-based non-partisan voter engagement advocacy organization. She is also the convener of ProGeorgia’s Women of Color Initiative, which strives to support the self-determination and leadership of women of color in their development of statewide policy agendas.

Tell us about the work you do at ProGeorgia.

ProGeorgia is one of about 26 state tables across the country and part of the State Voices national network. Here in Georgia, I coordinate the voter registration and civic engagement efforts of 38 primarily grassroots organizations.

Voter registration is a foundational part of any power-building strategy for Black and brown folks. We use data and tools to find out where there is a high density of unregistered and eligible “low-propensity” voters—typically Black and brown people, young people, women, and low-income people who are often marginalized and disenfranchised in our current political system—so we can get them registered and on the rolls.

We do integrated year-round voter engagement to support our get-out-the-vote efforts. This includes helping people find their polling locations, get a ride to the polls, or even access childcare so that they can vote on the issues that matter. Our democracy doesn’t work unless we have fair and equitable participation and representation of all people. We are quite clear that voter suppression tactics intentionally prevent Black and brown people from accessing their right to vote.

What was the key to turning Georgia blue and flipping the Senate?

As a non-partisan 501(c)(3) organization, we don’t support either political party. For me, the high point of the 2020 presidential election and 2021 January runoffs, was the astronomical turnout in Georgia. This took decades of organizing and pushing back against attempts at voter suppression.

When you consider that we’re in a global pandemic that is disproportionately impacting Black and brown people and folks still turned out to vote—that’s extraordinary. People are recognizing the impact that elected officials have on their lives.

Also, we built trust with the community by showing up year-round and not just treating voter registration as a transaction. In addition to saying to folks, we need you to register and come out to vote, our partners provide direct services to the community like English as a Second Language training, access to lawyers and legal support, and even food and personal protection equipment.

What lessons can we draw from these victories for future movement work?

Also, coalitions need staff, funding, and resources. We invested in our partners and their relationship-building efforts as a part of our shared agenda.

What should Black women be doing in 2021 to sustain our civic engagement?

In 2021, Black women should be sleeping; we need a nap! This is not the first time we’ve been called on to save our democracy. Our backs are often heavily burdened, our feelings and emotions are trivialized, and our needs are not prioritized by elected officials, which is fascinating when you consider how consistently we turn out. So, in 2021 I really do think Black women need to rest. I love The Nap Ministry, I follow it religiously.

Who are some of your BlackHer sheroes?

Kai Barrow is a phenomenal Black woman who gave me a mic, held me accountable, told me hard truths, and invested in me in a real way.

Rachel Laforest has been organizing her entire life. She models what it means to unapologetically bring your whole self to this work.

Assata Shakur came to speak in South Jamaica Queens where I grew up. She is a phenomenal Black woman with deep thinking eyes and analysis of white supremacy, white privilege, and the failings of capitalism.  She inspired me to speak my truth and know that I’m worthy and worthwhile. She’s brilliant.

LaTosha Brown from Black Voters Matter. Before they joined the table, we were at a meeting where two things happened that hit me hard. First, she opened the meeting with a spiritual song. That always sticks with me. Second, she told donors and other VIPs that just because you don’t recognize infrastructure in the South, doesn’t mean that it’s not here.

ProGeorgia is an infrastructure building organization. Infrastructure looks many ways. Black people have built progressive infrastructure via churches, community centers, school boards, and neighborhoods. This makes it no less valid, legitimate, and effective.

Let me ask you the miracle question. You go to sleep tonight and wake up tomorrow and it’s January 2022 and a miracle has occurred for Black women. What happened?

Miracles for Black women ripple out and impact everyone positively. The national and state minimum wage is $15-20 per hour. Student loan debt is eliminated. Removing and abolishing student debt would go a long way to improving the lives of Black women and therefore everyone else.