On Closing the “Double Gap” for Black Women and Communities: An Interview with Michelle Holder 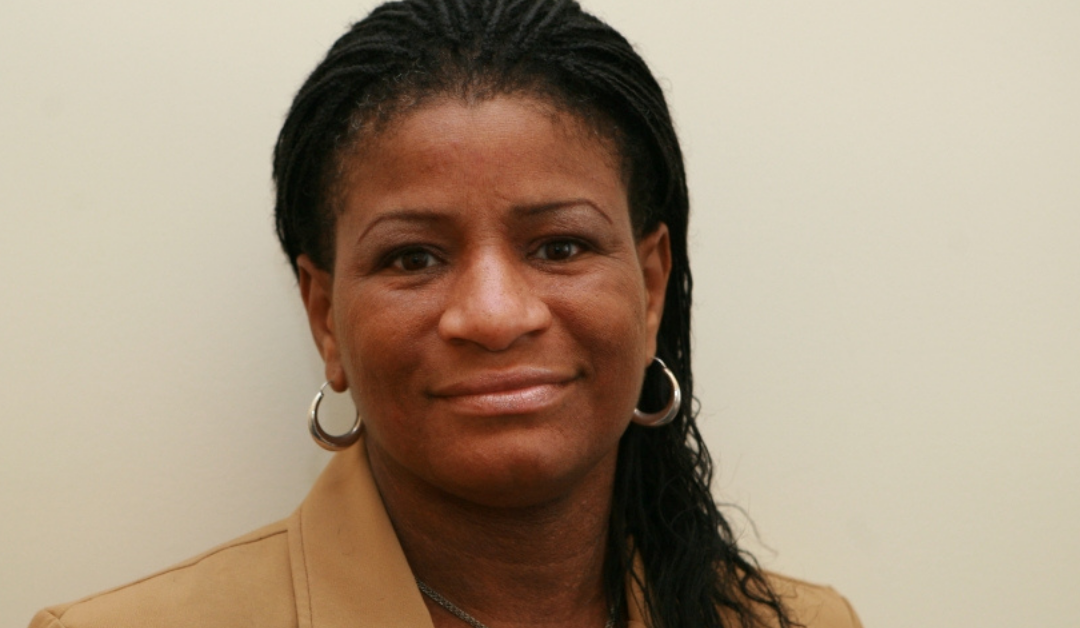 Our BlackHer Shero of the Week is Michelle Holder, economist and assistant professor of economics at John Jay College, City University of New York. Holder recently released a landmark report, The Double Gap and the Bottom Line: African American Women’s Wage Gap and Corporate Profits, to examine how Black women are under-compensated by racial and gender wage gaps and quantify how much this costs our communities.

Michelle, I’m excited to connect with you.  I just finished your new paper. Can you tell us more about the definition and cost of the “double gap?”

The double gap refers to the gender and racial effects of discrimination on earnings. My research shows Black women are involuntarily forfeiting $50B annually because of the double gap.

Ugh.  My sense is that your research goes even further and shows us what the double gap means for us in the aggregate.

Here’s the thing. When we talk about the gender wage gap, whether for all women or Black women, we tend to think about it on an individual basis. This means that the burden is on the woman to “lean in,” strive to be in a position of power, become a better negotiator, etc.  But wage gaps don’t just affect individuals, they affect communities as a whole.  In my research, I am trying to determine the cost of wage gaps in the aggregate or as a group.  Because it’s important to remember that wage gaps don’t just happen once; they represent a recurring loss for communities.

I really love how you are helping us to think about wage gaps as a collective problem.  I have never been a fan of the “lean in” ideology because it implies that it’s up to us to solve the very discrimination we face!

That’s right.  To me, we need to make a link between the discourse about reparations and the double gap. Think about what Black women are experiencing today, in terms of the undervaluing of our labor.  Now, imagine that you are living one hundred years from now.  You might say, “because our ancestors were undervalued and underpaid, we are now behind; we deserve reparations for that.”

You can imagine a conversation like that taking place.  The losses we are experiencing today are going to be something that our progeny are going to have a problem with.

You talk about the fact that our wages are being forfeited. Why now say that they are being stolen or plundered?

The actual term I use is “involuntarily forfeited.”

You know and I know that we are being robbed but as an economist, I’m boxed in by the fact that we do negotiate our salaries. Or, if we don’t negotiate, we’re presented with a salary that we can accept or reject.  I didn’t want the research to be criticized by folks who will say that women aren’t being robbed because they accepted the terms of their employment.

But that’s why I also use the term “involuntarily” because in reality, we’re not willingly giving up our wages. It’s more likely that we don’t know what we’re giving up!

In our culture, we don’t talk about salaries. This is precisely why the double gap is still endemic to our American workforce. We simply don’t know that we are being underpaid or paid less than others. It’s frustrating and that’s also why the strategies for closing the double gap have to be collective.

Let’s talk about that.  What can and should we do to close the double gap?

This may sound extreme, but I think we’ve got to approach the double gap as a threat to our community.  Imagine how $50B could be utilized in our community every single year if it wasn’t being involuntarily forfeited.

There are things that the government, employers, and Black women can do about it. One of my sheroes is Jocelyn Frye, senior fellow at the Center for American Progress. She has written about how the federal government can help close the gender wage gap for Black women and women of color.  Specifically, she has highlighted the need to change the Employer Information Form (EEO-1) of the Equal Opportunity Employment Commission.

The federal government requires companies to complete the Employer Information Form, which includes information about the racial, ethnic, and gender composition of their staff. When President Obama was in office, he modified the form to include additional wage information. While this data is not public, it could help us to begin to analyze issues of gender, racial, and double wage gaps in the workforce. Unfortunately, President Obama’s modification was jettisoned under Trump. We need the new administration to once again, implement this change.

Companies can also help close the double gap by not requiring job applicants to report previous salary histories on job applications. Sharing salary histories disadvantages Black women because we are already on a lower salary trajectory compared to white women and men.

Finally, we need to pressure employers to do the analysis to figure out if they are paying their workers equitably, especially in industries where we predominate. This is easy to do. Once a company has information on its workforce, including the racial/ethnic and gender makeup, occupational distribution, previous work experience and education, any economist can run a simple regression and determine if there is a negative premium attached to being a Black person in an organization. It’s very doable.

Black women are not responsible for the double gap we face. Still, this is my advice for every Black woman.  Whenever you are in the position to negotiate anything – your salary, benefits, work environment, etc. –  I strongly suggest that once you’ve done your research and you’re at the table, you tack on 5 to 10 percent more. It may not sound like a lot and you may not get it but it’s an important thing to do.

Also, 5 to 10 percent is the right number.  My research shows that if you ask for a higher percentage it can backfire.

Let me ask you the miracle question. You go to sleep tonight and wake up tomorrow and it’s November 2021 and a miracle has occurred for Black women.  What happened?

Everyone who lost their job during the pandemic got their job back. We have better and more affordable childcare options. The minimum wage has been increased and the modification to the EEO form, under President Obama, has been reinstated.

Black women’s organizations are mobilizing and pressuring corporate America to ensure that there are no wage disparities at their companies.

On Supporting and Electing Black Women: An Interview with Ruby Powell-Dennis

On Writing as a Form of Healing and Activism: An Interview with Nadia Owusu