On Creating Economic Opportunities for Black and Brown People: An Interview With Christina Lewis 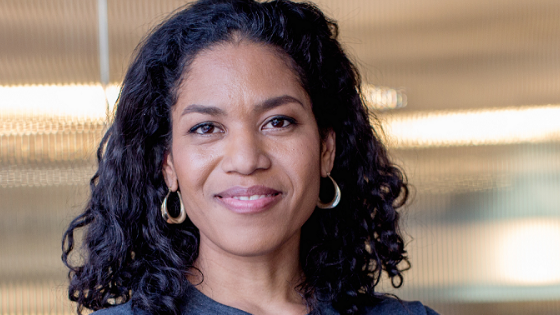 Hi Christina.  Thank you for talking to BlackHer.  You started a tech-focused nonprofit, called All Star Code. Why did you start it?

In 2011, I left The Wall Street Journal to do something even more impactful for people than journalism. I started exploring ideas and ended up at a TED conference on technology, where I was stunned by the lack of diversity. There were roughly one thousand people in the room and almost no people of color in attendance. I thought, “This is a huge problem. Technology is where the action is, where the money and power lie and people of color are not represented here.”

So I immediately started investigating what programs existed to help prepare young people of color for careers in technology. I learned that tech-prep programs, like Black Girls Who Code, exist for girls of color. However, I couldn’t find programs to encourage young men of color to code. This is ironic because tech is a male-dominated industry.  But no one was thinking about bringing young Black and Brown men into the field.

I also interviewed over a hundred people to learn more about the tech industry. Tech executives told me that it never occurred to them to seek Black and Latino male employees for their workforce. I was grateful for their honesty but also astounded by their answers.

I was convinced that I could do something to help solve this problem. With support from my mother, Loida Lewis, and from some of my friends in business, I launched All Star Code in 2013 to increase minority representation in technology.

What does All Star Code do?

All Star Code is dedicated to creating economic opportunity by developing a new generation of boys and young men of color with an entrepreneurial mindset, who have the tools they need to succeed in a technological world.  We have a summer program where young men learn about coding and the business of technology. Since launching, we have provided training and mentoring to hundreds of young men. Our alumni have jobs with major technology companies and are benefiting from successful careers in tech.

It took a Black woman to bring coding opportunities to Black and Brown young men. You are a recognized philanthropic leader and social innovator.  What led you to focus your work on social change?

I am very passionate about creating economic opportunities for the advancement of Black people because of how I was raised. My father was a Black business leader.  He came from Baltimore, Maryland, grew up with nothing and became a Wall Street billion-dollar deal maker. My father appreciated his good fortune but felt that many Black people could not achieve as he had, because they lacked exposure to careers in finance.

At home, we often talked about the social segregation that many Black people face. Most people learn about economic opportunities from their parents, friends or what they see around them. That means that many of us aren’t exposed to jobs in finance and tech.  We don’t even know that these fields are open to us.

I was raised to think about how I might help other people. I used journalism to help people by keeping them informed. Later, I found that I wanted to impact the world in a more direct way and help people by changing systems. Creating economic opportunities is one way to create social change.

You have talked about how your father inspired your work. In the 1990s, everyone read his biography, Why Should White Guys Have All the Fun? What should people today know about Reginald Lewis?

He’s known for the $1 Billion Beatrice deal, which was one of the largest leveraged buyouts in history at its time, involving Michael Milken, KKR and others, but there is far more to his story. Folks should know that he did not make his fortune overnight.  He practiced law for years at a large corporate law firm and then at his own law firm with a partner. After that, he started his own leveraged buyout firm.

My dad believed in having a good job, gaining experience from it, and using that experience as a foundation for starting your own business. He believed in mastery and that successful entrepreneurship requires education, knowledge, and skill.

I am a next-generation philanthropist, which means that I am donating money that was made by the generation before me. This impacts my philanthropy. My family’s giving strategy is consistent with our belief in education, and consonant with my father’s passion for racial justice, economic opportunity, and entrepreneurship. We give with an eye to upholding his legacy.

My work with All Star Code is consistent with and part of my philanthropic strategy.  We also have a family foundation, the Lewis Foundation, which gives away money. Our family believes in “prep” education programs. We invest in programs that promote pre-law study. My father took a pre-law prep course at Harvard Law School in 1961, which propelled him to enroll the following fall and completely changed his life trajectory. We think these programs are instrumental in providing people of color with economic opportunity.

My advice to philanthropists is to get to know the people behind the causes you support. One of the most fun things about investing time and money in a cause is getting to know others. When people come together because they care about solving a problem, it creates a special bond.

What are you most hopeful about?  What bright spots have you seen in the cause(s) you care about?

I’m hopeful about the energy generated in reaction to Trump’s election and the fact that racism in this country is now impossible to ignore. Trump’s election caused deep distress among many people and has pushed many of us to think deeply about what it means to be a human being and an American.

Three years post-election, those thoughts are driving action. Individuals have been radicalized and energized. New organizations are forming, and many existing organizations are becoming more racially aware. This is particularly apparent among both institutional and family-oriented philanthropic foundations.

I continue to subscribe to the belief that progress is possible, that people are fundamentally good, and that America is a great country. The growing number of people and institutions pursuing racial and economic justice gives me hope.

Who are your Sheroes?

My mother Loida Lewis, grandmothers on both sides and my great-grandmother Savilla Cooper. I come from a long line of strong women!

My historical Shero is Ida B. Wells. She inspired me to go into journalism.  She was a social entrepreneur and newspaper reporter who made the world aware of lynching.

One of my contemporary Sheroes is my friend Ayana Elizabeth Johnson.  She is a scientist who is becoming a leading voice in preventing climate change and promoting climate justice. Morgan Dixon and Vanessa Garrison are two other Sheroes. They founded GirlTrek, the largest health organization for black women in the US.

Let me ask you the miracle question. You go to sleep tonight and wake up in the morning and it’s November 2020 and the miracle has occurred for Black women.  What happened?

The racial wealth gap has closed for Black women and men. Today, in Boston, the average white household has a net worth of  $247,500, while Black households have a net worth of $8. The miracle will occur when we are all able to live healthy and happy lives. We may not all be rich after “the miracle,” but we will all have assets on which to build economic power and security.