On Creating Liberation and Justice by Centering New Stories and Storytellers: An Interview with Mia Birdsong 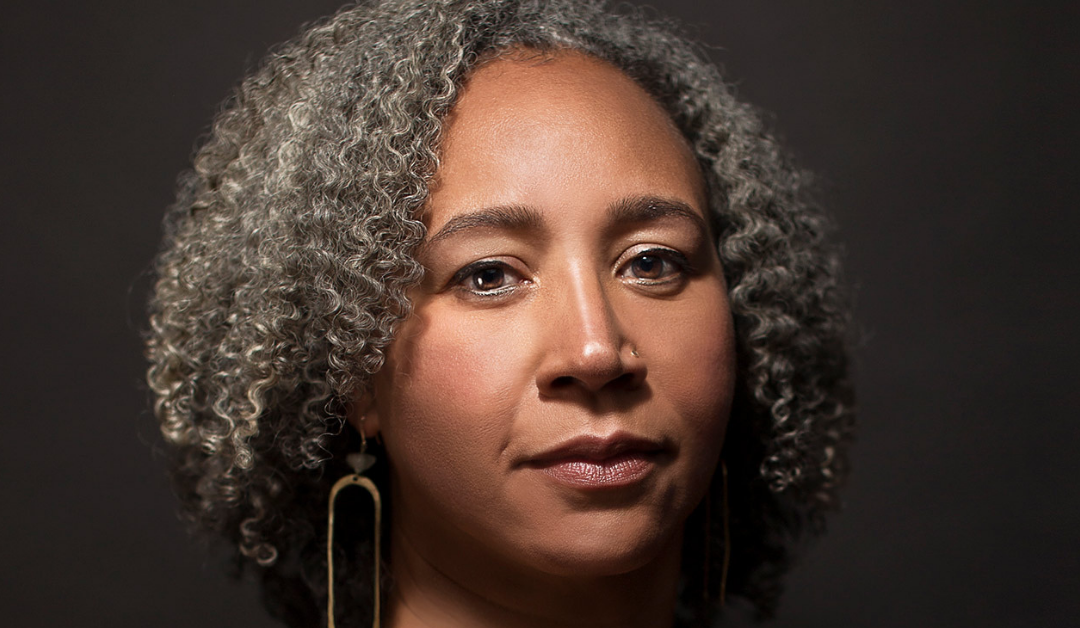 Our BlackHer Shero of the Week is Mia Birdsong, pathfinder, activist, and storyteller. Birdsong is the author of the new book, How We Show Up. Her TED Talk, “The Story We Tell About Poverty Isn’t True,” has garnered nearly two million views to date.

Mia, it’s so wonderful to finally meet you in person. I have admired your work from afar. How did you become a storyteller?

I grew up in Rochester, NY, and was bussed to a white school in the suburbs. I took honors and AP courses and was often the only Black student in the class. It became apparent to me that when I expressed an idea or opinion, I had to back it up with facts and data, but what the white boys had to say was just accepted. I had a friend named Chip, who had my back. He would sometimes say, “I think what Mia is saying is this…” To be clear, Chip wasn’t mansplaining or repeating my ideas as if they were his own, he was giving me credit and acting as sort of a bridge to signal, “Y’all, what she’s saying is legitimate and true.”

I’m grateful for that support. But the fact that I wasn’t believed on my own was super racist and sexist.

When I started doing social justice work, I learned from the people around me that data and facts don’t move people. As humans, we’re moved by stories because they make us feel connected.

I realized that if my goal was to create liberation and justice, I needed to change hearts and behavior, and a big part of how we get people to care, to feel empathy and connection is through stories.

That’s a great story and makes me sad. It is deeply unfair that many of us have had to work so hard to be heard and trust our own voices because of racism.

Totally. The storytelling I do now is meant to destabilize existing beliefs and narratives. I’m trying to help us expand what we think is possible, whose expertise, wisdom, and leadership we pay attention to, and affirm the experiences of those of us who are framed in limited and limiting ways.

You’ve been doing a lot of work around building economic security for Black people. Can you tell us about that?

I started doing narrative change work and research at the Family Independence Initiative, which is where I began to complicate my own thinking on our approaches to poverty. In 2015, I did a TED Talk, called “The Story We Tell About Poverty Isn’t True,” which was informed by the work I did there and what I learned from families and communities of people who experience economic injustice. Last year, I released a four-part podcast called “More Than Enough” for The Nation. The national conversation we were having about guaranteed income did not include the people who would most benefit from it. I wanted to make sure that their voices and perspectives were part of the conversation. I talked with poor folks from six cities around the country, along with folks who do economic justice organizing and advocacy. We’re actually working on a second season now that focuses on the experience of Black women in Jackson, Mississippi who started getting $1,000 per month at the beginning of the pandemic. Their experiences should inform every conversation and policy we are considering when it comes to the economy, jobs, education, childcare, and healthcare.

What did you learn, and what do Black women need to know about guaranteed income and economic security?

Guaranteed income is about creating an income floor for everyone. It’s about recognizing that everyone, no matter their choices, beliefs, or circumstances, deserves to live a life of wellbeing. In the context of capitalism, cash gives us that flexibility. To be clear, a guaranteed income is not the only solution we need. We also need universal health care, guaranteed housing, free college, and a living wage, among other things.

I think we also need an income ceiling to prevent wealth hoarding. No one, including Black women, achieves economic security by becoming a multi-millionaire or billionaire.

It’s immoral to be a billionaire. First, there is no way that anyone amasses that much wealth without extracting from others–billionaires are thieves. Second, it’s fundamentally wrong to have more money than you can spend in your life while other people are sleeping under freeway overpasses, don’t have clean water to drink, or can’t afford life-saving medication. Wealth advisors will tell you to get yours and not worry about everyone else, but that’s what white supremacy and patriarchy do. We shouldn’t be taking our guidance from white supremacy and patriarchy.

Let me be clear, I like nice things; I’m a little bougie. But there is enough for us to all have nice things. No one needs to be unhoused or starving or stressed about paying their electric bill. We can take care of ourselves and make sure that others are cared for as well.

It feels like it’s heresy to tell Black women, who’ve been denied privilege for so long, that we shouldn’t aspire to have great wealth.

I hear you, but I’m here to say it. I’m not down for us aspiring to build wealth like Oprah or Beyoncé. I will get down to “Formation” but I don’t want to be the next Bill Gates in the making. That’s not what I’m here for.

There are so, so many. Relative to this conversation, three folks come to mind.

Nwamaka Agbo, CEO of Kataly Foundation, does work on Restorative Economics. She’s thinking a lot about how to build “resilient, healthy, and self-determined communities rooted in shared prosperity.”

Rachel Herzing, advisory board member, Center for Political Education​, and co-founder, Critical Resistance is brilliant. She does work around prison industrial complex abolition.

Aisha Nyandoro is the CEO of Springboard to Opportunities, where she created Magnolia Mother’s Trust, a guaranteed income program for Black mothers living in public housing in Jackson, Mississippi. I’m doing the second season of my podcast with her and the women she partners with.

Aisha is wonderful and one of our BlackHer Sheroes! Is there anything else that you want to share?

The belief that your value as a human is determined by your work is damaging and incorrect. It means that we can never rest or that we have to “earn” our rest. It’s also deeply ableist.

And guess who benefits from that ideology?

Exactly. I believe that we are inherently deserving and worthy. Moreover, there is nothing we can do to forfeit our worthiness.

Let me ask you the miracle question. You go to sleep tonight and wake up tomorrow, and a miracle has occurred for Black women. What happened?

The patriarchy, white supremacy, and capitalism are gone. More importantly, they are gone from inside of us.

To learn more about and from Mia Birdsong, check out her new book How We Show Up: Reclaiming Family, Friendship, and Community, listen to her four-part podcast, and powerful TED Talk.

On Changing the Narrative and the Narrators: An Interview with Autumn McDonald

ON HELPING PEOPLE CONNECT TO THE BEAUTY AND BREADTH OF BLACK-LED ORGANIZATIONS: AN INTERVIEW WITH STEPHANIE ELLIS-SMITH