On Empowering Black Girls to Dream Big: An Interview with Kára McCullough 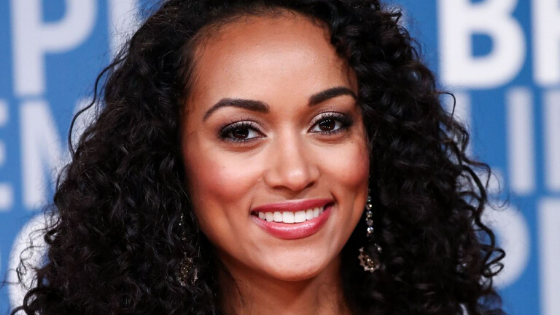 Our BlackHer Shero of the Week is Kára McCullough, Miss USA 2017. McCullough is also a scientist. Prior to being crowned Miss USA, McCullough served as an emergency preparedness specialist in the Nuclear Regulatory Commission’s Office of Nuclear Security and Incident Response.

Thanks for talking to BlackHer. Can you tell us about yourself and your work?  What will you do today?

Big picture, I am a Black woman with a passion for science, and for getting young people, particularly Black girls interested in STEM (Science, Technology, Engineering, and Mathematics).

In the summer of 2010, I conducted research at South Carolina State on biofuels, using the byproduct of cattle and local switchgrass. The following summer, I completed an internship at North Carolina State. My research was on developing derivatives of β-lactam antibiotics to be used on common infections such as staph.  Lastly, I did research on radioactive fallout that traveled to Orangeburg, South Carolina from the 2011 nuclear accident in Fukushima, Japan.

In 2015, I was a science major doing lab research in college at South Carolina State University, which is an HBCU in Orangeburg, South Carolina. During my Junior year, I started Science Exploration for Kids (SE4K) as a personal public outreach program to address the deficiencies that keep young women from learning about science and technology. Ultimately, I earned a degree in Chemistry, with a concentration in Radiochemistry and started my career at the United States Nuclear Regulatory Commission as a technical reviewer.

In 2017, I became Miss USA after representing the District of Columbia at the Miss USA competition. My platform focused on diversity and inclusion and getting more minorities involved in science and technology, which is still the central focus of my career today.

So you are using STEAM education to bring kids into STEM.  What is STEAM and what motivates you to do this work?

STEAM is Science, Technology, Engineering, the Arts and Mathematics. STEAM incorporates the arts to allow students to learn in a fun atmosphere by immersing them in the experience.

My personal experience with educational hardship and learning insecurities was part of my motivation. When I was a young girl I was interested in math and science. Unfortunately, at that time I didn’t have the confidence to pursue my interests. I gained confidence from my eighth-grade math teacher, who catered to every student’s learning style.

Taking a different approach to learning made science and math more accessible to me.

In college, I tutored young girls who loved science but shared a similar fear of math. It was then that I realized I wanted to help young girls and SE4K was established.

There are many different ways to learn about STEAM, for example, by washing dishes. I explain how dish soap (a surfactant), because of its bipolar characteristics (nonpolar on one end and polar on the other), weakens the chemical bonds that hold the proteins and fats in solution. The soap’s polar or hydrophilic (water-loving) end dissolves in water, and its hydrophobic (water-fearing) end attaches to fats (grime on dishes). Our daily activities are a great way to explain science and math.

Bringing STEM to girls is still a challenge, right? How do we change this?

Yes, it is a challenge, but it’s not impossible.

For this to change we need our girls to see people who look like them in STEM careers. They must see Black women in science and tech. They need to see female engineers and mathematicians. By increasing the representation of Black women in STEM, we can change the mindset of that 11 year old girl. When she visualizes a scientist, instead of imagining a white male with grey hair, she can now envision someone like herself. Her dream becomes more of a reality.

But changing mindsets isn’t enough.  We must also provide girls with the resources they need to flourish. It’s well-known that many socio-economic factors hinder our girls’ abilities to learn and be competitive in math and science. I, for one, did not have access to tutors, SAT preparation, and other assets that help people become more competitive in these fields.

You are a scientist and a former Miss USA. That seems unusual. What got you interested in beauty competitions?

I have always been shy; I was the kid who did not want to put her lunch tray away at the end of the lunch period because I thought people would notice me.  However, I have never been afraid of public speaking, and I was somehow drawn to pageants. I had a cousin who competed. She was incredible. My admiration for her pushed me into the competition.

As a sophomore in college, I competed in my first pageant, the Alpha Phi Alpha’s Miss Black and Gold pageant, and to my surprise, I won. My second pageant was during my junior year. I competed and won Miss South Carolina State University and served as the University’s queen. I guess the pageant flame ignited from there.

I competed for Miss District of Columbia USA three times. the third time was the charm and I brought home the crown.

For two years, I wore my hair in a bun at work.  I believed it made me appear more “professional.” For the Miss USA competition, I wanted to express myself and stop holding back, just to make others feel comfortable. I literally “let my hair down” and competed with my natural, curly hair.

Rick Ross’ lyrics motivated me: “No matter how it goes down, life goes on.”  I thought of the Miss USA competition as a job interview, and I came to the interview with my ducks in a row. I positioned myself to be the best candidate for the title of Miss USA and to be a changemaker.  I was authentic and I had fun. The judges liked what they saw and I was crowned Miss USA 2017. That’s how everything happened.

Are beauty pageants good opportunities for Black girls and women?

I think that pageants are only good for people who really want to participate in them. Pageant participants must have thick skin because of how judgmental our society is; this is particularly true when you win a major pageant in the age of social media. We can’t accept everything that others bestow on us.

At the same time, pageants are great for building confidence and enhancing public speaking skills. You are forced to learn about yourself, particularly how to praise your accomplishments without feeling conceited. Competing in pageants also teaches you to focus on things you can control. It’s easier said than done, but there’s no need to look at your competitors, you are in competition with yourself.

Let me ask you the Miracle Question. You go to sleep tonight and wake up in the morning and it’s a year from now.  The miracle has occurred for Black women.   What happened?

There are more African American women who have successful businesses and tech start-ups that enhance our lives. There are more Black women in C-suite and CEO positions in tech and energy companies than ever before. And because Black women are in these roles, the culture of the workplace (morale, output, everything!) has improved tremendously.

I Want This for All Black Girls