On Empowering Black Joy and Creating Change: An Interview With Arisha Hatch 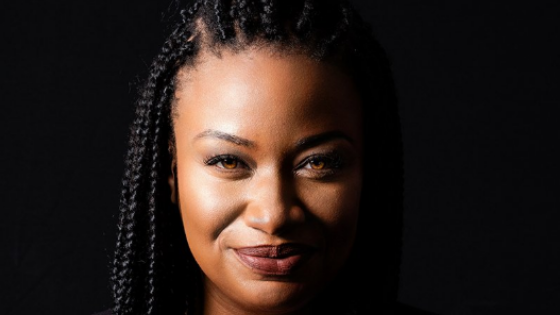 Our BlackHer Shero of the Week is Arisha Hatch, vice president, chief of campaigns at Color of Change, the nation’s largest online racial justice organization.  Hatch is a lifelong activist, who has spent years fighting for Black people and equality in America. She’s helped to grow Color of Change into a major force for social change.

Hi Arisha.  Thanks for talking to BlackHer.  You work at one of America’s biggest civil rights groups. Can you tell our readers about Color of Change?

Color of Change (COC) is one of the largest, 21st-century racial justice organizations in the country.  We have 1.7 million active members, meaning we have access to close to 2 million folks who have recently taken action on one of our campaigns.

COC is dedicated to improving the lives of Black people. For COC, focusing on Black people and improving our lives is incredibly important. Too often the oppression against Black people gets lost in a sea of issues and bad policies.

What is COC’s theory of change?

Our theory is that we can affect change if we meet people where they are, whether it’s online through a campaign or at a neighborhood gathering. We invite people to block parties or brunch; these are gatherings that don’t focus on politics or activism.  People connect and build commitments to each other over coffee.

Once we have that commitment, we hope that people will move up what we call the “ladder of engagement” to get more involved in COC over time. This may include joining a neighborhood squad or becoming a squad leader. COC squads across the country are connecting neighbors, empowering Black joy and creating change.

How do communities go about “empowering Black joy”?

Empowering Black joy can take many forms.  It might include delivering a petition to the Mayor of Flint, MI about poison water or holding a community service event in Detroit, MI. It may include delivering needed school supplies to students in Jacksonville, FL, or promoting voter engagement in connection with the upcoming election.

That’s great! We need to empower Black joy all over the country.  How did you get involved with Color of Change?

I joined COC eight years ago after hearing Rashad Robinson, president of Color of Change, speak at a meeting about the organization’s commitment to justice. I was happy to learn that there were folks focusing on and helping Black people. It was exciting and felt in line with my purpose! I had been part of the Obama campaign and an ally in the marriage equality movement and California’s post-Proposition 8 work.  I knew I needed to be at COC.

Three weeks after I joined COC as managing director of campaigns, Trayvon Martin was killed. I had to figure out how to help members make sense of the tragedy and understand what they could to help/respond.

We were already working to bring down the American Legislative Exchange Council (ALEC), an organization that collaborates with legislatures and corporations to create discriminatory policies and laws. We were contacting corporate funders of ALEC, and pointing out the problematic voter suppression laws the organization was promoting.

Then Trayvon was killed. His killer, George Zimmerman, was not arrested because of “stand your ground” laws. Our research revealed the links between voter ID laws, voter suppression and stand your ground, which ALEC had helped to promote. We started a campaign to demand that corporations divest from ALEC, and dozens did.

That work taught me that COC had the power and insight to fight wherever needed.

What do you do as vice president, chief of campaigns?

My job is to lead our campaigns department. COC is a multi-issue organization because Black people don’t live single-issue lives. Thus, my team also works on a number of different campaigns, including criminal justice reform, media accountability (where we push corporations to accurately portray Black people in the media), and economic justice. I make sure my team members have the tools they need to show up in moments of crisis to help our members.

I have also helped to expand our membership through a number of initiatives. COC is doing more offline organizing today because there are people who cannot see our petitions who can be great leaders.

In 2016, we started the Black Women’s Brunch Tour. Tens of thousands of women attended our Brunch events; only half were COC members. The other half were women who saw an ad for brunch and came because they wanted to connect with other Black women in a joyous way. Many of these new folks later joined COC and became team leaders.

To date, over 50,000 people have attended our block parties, dads’ cookouts, and brunches.

Many of us receive emails from COC asking us to join campaigns to fight for change.  What was your biggest campaign?

It is hard to say. A recent campaign that was very inspiring focused on ending the glorification of plantation weddings in wedding magazines and on wedding hubs. Think of the pictures on Pinterest, and sites like The Knot and Martha Stewart. We asked these cultural influencers to take another look at how their content glorifies the antebellum south and to think about the ways that this portrayal overlooks the abuse Black people suffered while enslaved.

A number of hubs and magazines have stopped serving up content for plantation weddings, and accepting advertisements from these locations.

What happens if a corporation is not responsive to a campaign?

If folks are not responsive, we create public pressure and an echo chamber to encourage change. This can be accomplished by generating tens of thousands of signatures to urge a company to stop engaging in harmful activity.

What work are you most excited about now?

For years, it felt like COC was only online. Then we realized that our members wanted an in-person community too.  Our most recent work includes bringing people together to work for local change. This is the work that gets me up in the morning.  A lot of our members are leading anti-racism work locally, in their own local communities.

COC has influenced the behavior of major corporations. You persuaded SNL to hire Black women, like Leslie Jones, and convinced corporations to abandon ALEC. Can Black people count on corporations to help end racism at a time when we cannot count on our federal government to do the same?

There are structural issues that lower the incentive for politicians to be responsive to Black people. For example, partisan gerrymandering has created “safe” districts where representatives don’t have to compete for their seats.

Also, corporate donations fuel many campaigns. So again, there is no incentive for legislators to be responsive to ordinary people. In a lot of ways, corporate decision-makers are running this country: we can see that in the policies and decisions that are made.

So no, we can’t count on corporations to fight racism and aid Black people unless we do the work to hold them accountable. This may mean talking to Facebook about how pushing data to police agencies can have a negative impact on Black people. But the relationship with corporations requires a constant back and forth in order to keep folks accountable.

How can people find out about what COC is doing online or in their community?

Let me ask you the miracle question.  You go to sleep tonight and wake up tomorrow and it’s February 2021 and the miracle has occurred for Black women.  What happened?

We live in a culture that fully honors our contributions and accomplishments. Our government provides for our needs, in the same way, that it provides for the needs of white citizens. It is accountable to us. Black women wake up every morning knowing that we and our families have opportunities afforded to others and can live our true purpose in life.

On Improving Outcomes for Black Americans by Getting Economic Policy Right: An Interview with Danyelle Solomon

An Ode to Our First Black Female President