On Ending Child Poverty: An Interview with Naomi Post 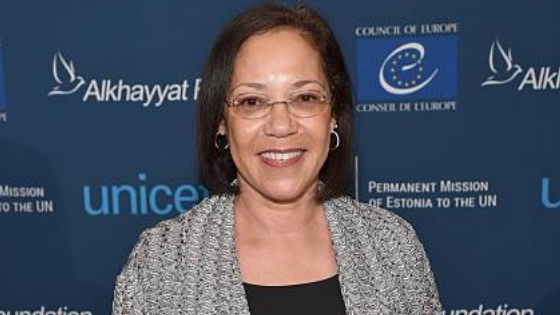 Angela:  Hi Naomi, can you tell us about your background?

Naomi:  I grew up in upstate New York in a family with limited means. Even with our family’s limited resources, my mother opened our home to young people who were in crisis and created a lending library for the children in our neighborhood.  My father coached the local Black basketball teams, and along with other relatives and community members, remained active and engaged in local politics and the civil rights movement. Even with excellent role models, as is often the case for young people of color living in poverty, my siblings and I faced a level of systemic discrimination that was difficult to navigate, particularly after our father died and our mother’s health became compromised.

Several factors coalesced, including the local high school refusing to allow me to pursue the regent’s courses required to attend college, resulting in my dropping out of school and leaving home before graduation.  Some might consider that turn of events an enormous setback. For me, it was a pivotal experience that exposed me to the even greater hardships so many Black families endured. My experience served to deepen my commitment to follow in my parent’s footsteps and work to lift those less fortunate and fight against the discriminatory practices that continued to create barriers to success for people of color.  It’s worth noting that I eventually got back into school and enrolled in college at the State University of New York (SUNY) Binghamton where I pursued my undergraduate degree.

Angela: Wow! You went from being a high school dropout to a law school graduate.  Then you spent your legal career fighting for others, first as a public interest lawyer, now as an executive director of the Children’s Defense Fund – New York.  Can you tell us about your career and what motivated you to serve versus make money?

Naomi: I can’t remember a time when I considered dedicating my life to anything other than some type of public service.  Initially, I was drawn to the helping professions, like social work, as a means to impact the lives of young people.  During the course of my studies, I quickly realized that the legal profession would offer greater opportunity, through litigation as well as advocacy, to strategically influence policies and practices that adversely impacted those marginalized in this society.  I was attracted to Cornell Law School because I was impressed by the fact that its first Black law school graduate, George Washington Fields, was a former slave.  Also, I was impressed by the student activism in 1969 that led to 80 Black students staging the takeover of Willard Straight Hall to protest the lack of minority rights.

Most of my fellow students aspired to join Wall Street firms, but I never wavered from my goal to pursue public interest law.  Upon graduation, I joined a legal services office, and eventually become the managing attorney of a five-county practice. The work was challenging and rewarding, but as time passed, I gravitated toward advocacy and policy change because I believed that work would be even more impactful. I left the practice of law to run a child advocacy agency and for three decades had the privilege of advancing social justice within government and through philanthropic investments before returning to child advocacy at the Children’s Defense Fund-NY.

Angela:  Thank you for sharing your history. Many of us have heard of your boss Marian Wright Edelman. She is an amazing Black woman, a civil rights lawyer who represented civil rights workers as a part of the NAACP Legal Defense Fund during Freedom Summer, and founder and president of the National Children’s Defense Fund (“CDF”).  What is CDF about?

Naomi: Marian Wright Edelman, who has led CDF for 45 years, is a visionary leader who exemplifies what it takes to be unapologetically relentless in pursuing policies that lift children out of poverty, protect them from harm, and ensure that they receive critical supports to reach their full potential. CDF has two primary areas of focus –advancing policies and programs that are good for children and developing the next generation of child advocates.

Over the years, CDF has championed key pieces of national legislation, including but not limited to, Head Start, CHIP (Children’s Health Insurance Program), the Affordable Care Act, Medicaid, and SNAP (Supplemental Nutrition Assistance Program.)  Eliminating child poverty and deep poverty remains core to leveling the playing field for all children.  CDF’s state offices, including our New York office, engage in national advocacy, while also focusing on issues specific to children and youth. CDF-NY has led campaigns advocating for systemic changes ranging from raising the age of criminal responsibility from 16 to 18, to education justice, expansion of school-based health centers, health insurance enrollment and ensuring health insurance coverage for immigrant children.

Angela: CDF advocates for children, and in the spirit of the Civil Rights Movement also teaches children to advocate for themselves?

Naomi:  Yes. Undergirding all of CDF’s work are ongoing efforts to train, equip and mobilize youth, young adults, and community leaders to organize and act around critical issues facing children in the US.  For example, through CDF’s Beat the Odds program, juniors and seniors in New York City high schools receive one-on-one counseling, workshops and enrichment activities, and college and scholarship application assistance.  They also receive training and tools which enable them to advocate for changes within their schools and communities ranging from organizing and action to developing and presenting testimony at City Council and State legislative sessions. CDF does all of this and so much more.

Angela: What should we be most worried about when it comes to the nation’s children?

Naomi:  These are extremely perilous times for our children. Witness the proliferation of immoral policies that separate immigrant children from their families – the growing intolerance and hostility toward immigrant families and the efforts to deprive them of their basic rights.  We can focus on systemic racism that condones the state-sanctioned killing of young Black and Brown children, mass incarceration, and escalating violence in communities.  We should also be concerned about inadequate, underfunded schools and budget proposals that strip the neediest families of health care, housing, and food subsidies which represent the safety net they require to survive.

Yet undeniably, it is the overall effect of poverty on the health and well-being of children that raises the greatest concern.  Nearly 1 in 5 children were poor in 2017. More than 45% of these children live in extreme poverty. About 1 in 3 Black and American Indian/Alaskan Native children and more than 1 in 4 Hispanic children were poor, compared to 1 in 9 White children. Our youngest children are most likely to be poor, with 1 in 5 children under the age of five living in poverty. Poverty creates gaps in cognitive learning, puts children at greater risk of hunger and homelessness, and jeopardizes their overall health and development.

Angela:  Not a lot of Black women lead nonprofits. Sometimes I wonder if these intractable problems would be approached differently or if we’d move the needle on these problems if we did. Is the nonprofit sector a good place for Black women?  Why or why not?

Naomi:  The most obvious barrier to Black women working in the nonprofit sector is the limited economic benefit.  Many of us grow up in homes with inadequate financial resources, often incurring significant debt while pursuing our education. We simply do not have the luxury of pursuing a career path that doesn’t provide the level of compensation required to retire significant educational loans and support ourselves, let alone a family.  However, for some, including me, the rewards of service outweigh the financial sacrifice.

That being said, the importance of increasing the presence of Black women in the nonprofit sector cannot be underestimated. Greater diversity in the nonprofit sector is critical to ensuring that impacted communities have authentic voices advocating on their behalf. And beyond the reward of advancing policies or practices that benefit our communities, we can with greater intentionality, mentor and advance other women of color to positions of influence to alter the faces and voices of those leading social change efforts.

Angela:  Can the nonprofit sector save the world, or should we look to politicians and corporations?

Naomi:  No sector can save the world, but each can contribute.  While the non-profit sector is critically important, leadership in the corporate and philanthropic sectors can contribute significantly to societal change. And, in a democracy such as ours, elected officials at the municipal, state and federal level can advance or impede change. The outsized influence they have means that it is incumbent on us to mobilize impacted communities to be civically engaged and elect officials that best represent our interests, while holding those who do not accountable.

Angela:  Everything that you said resonates.  BlackHer has long talked about the need to hold elected officials accountable or to reject them in the next election.

It’s time for the miracle question: You go to sleep tonight and wake up and it’s March 2020, and the miracle has occurred for Black women.  What happened?

Naomi:  Obviously, as we look to March 2020, the miracle we hope for most would be the emergence of a Black female candidate as the indisputable frontrunner and the Democratic Party’s candidate for President of the United States!

Calling All Black Women in DC! RSVP Today for the Stateswomen for Justice Luncheon 2019.