On Fighting With the People: An Interview With Mckayla Wilkes 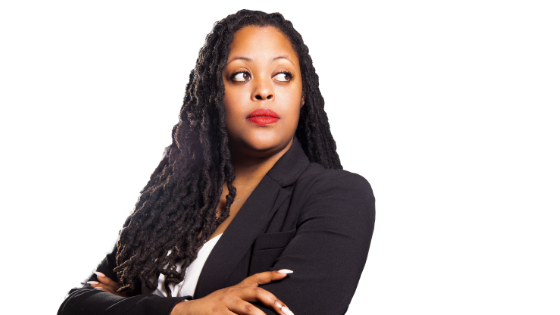 Our BlackHer Shero of the Week is Mckayla Wilkes, 2020 candidate for Congress.

Mckayla, you are running against Congressman Steny Hoyer, the second most powerful Democrat in Congress.  How are you thinking about that?

When I decided to challenge Hoyer, I was not thinking about his status or leadership rank. That was secondary to me. Hoyer has done a few good things during his tenure, including helping to pass the Americans with Disabilities Act. However, he’s been in Congress now for 40 years and we still have people in our community who are without healthcare or under-insured. And too many folks in our district are forced to live in poverty because of the extreme shortage of affordable housing. Hoyer has not done anything about this.

It’s also important to note that Steny Hoyer has signed every crime bill that was written and he still refers to marijuana as a gateway drug.

Tell us about your community and the district that you want to serve. What are people concerned about?

I have been hosting town halls and affordable housing is one of the issues that always comes up because it’s virtually non-existent in our district. Health care also comes up as well as climate change and public education.

I read that Hoyer rejected an invitation to debate you. Is that true?

He has declined to debate me thus far, but we have a strategy. A group that supports him has agreed to host us. I’m hoping that will compel him to engage in a debate with me.

Your campaign seems very engaged. You have over 33K followers on Twitter!  Is anyone reluctant to support you because of Hoyer’s seniority?

The thing we sometimes hear is, “Well if we lose Hoyer, we’ll lose seniority.” When folks say that I ask, “What is Hoyer doing with his seniority and leadership status?  What is he doing for us with his power?” Over 80% of the people in my district want Medicare for All. That’s not on Hoyer’s agenda.

Our district is 20 minutes outside of Washington, DC and Hoyer doesn’t hold in-person town halls. He holds town halls via phone. He’s not accessible. If we look at his policies and actions, we get a better understanding of who he is representing.  He’s representing his corporate donors and they are invested in maintaining the status quo.

We shouldn’t look at changing representatives as losing. We should look at this race as gaining someone in Congress to represent us.

Talk to me a little about your policy platform.  What are some of the policy changes you are most excited about?

A lot of politicians don’t understand that continuing to invest in fossil fuels harms poor communities the most.  For example, Brandywine, MD is a small town in Prince George’s County, MD that is 72% Black. It’s become a “Sacrifice Zone” for other communities in the area to dump waste.  There are 4-5 power plants located here, in the middle of a residential area and 2-3 minutes from an elementary school.

Shirley Chisholm: She set a precedent for women like me.

Ayanna Pressley: She looks like someone in my neighborhood, especially when she rocks her braids and twists. She is true to herself.

I’ve heard you say that you are not fighting for the people, you are fighting with the people.  What does that mean?

I don’t see myself as a politician. I am an activist in my community who wants to use public office to create change.

You’ve been endorsed by and are part of an organization called Brand New Congress.  Can you tell us about that?

Brand New Congress is an organization that helps progressive candidates on both sides of the aisle run for office. Their mission is to put regular working people into office who will put people first.  They provide resources to grassroots candidates. Their staff in Maryland and the district have really helped our campaign with media and fundraising and more. When I did my first on-screen interviews with The Young Turks and The Damage Report, they were great.

The word “progressive” gets thrown around a lot.  What do you mean when you say that you are a progressive candidate?

For me, being a progressive means that I am fighting for the most vulnerable people in my community.  That said, I hate that we have to have a sub-label in the Democratic party. We are the party of the people.  We should all be fighting for policies that help people.

That is the clearest definition, I’ve heard and it makes sense. How did you become politically active?

I became politically active in 2014 when I heard someone speak about public policy in the way that I speak.  I wanted someone to explain things to me in a clear way and that’s what I try to do now with others.

Is there anything else you want to share with BlackHer readers?

How can BlackHer readers help you?

They can volunteer to canvass and phone bank.  They can also text bank if you live remotely. And they can make a donation!

Let me ask you the miracle question.  You go to sleep tonight and wake up tomorrow and it’s February 2021 and a miracle has occurred for Black women.  What happened?

Men aren’t discussing our reproductive health. We have universal health care and have ended maternal mortality in the U.S. We have equal pay for equal work and the racial wealth gap has closed.

An Ode to Our First Black Female President

Black Women and the South Carolina Primary: What’s at Stake?