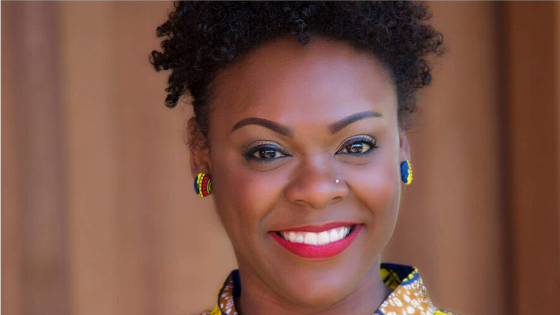 Why did you start Mississippi Votes?

I didn’t start it.  But I think it’s fair to say that I rebirthed it!

Mississippi Votes was started after the presidential election in 2016 by students from Mississippi State University and the University of Mississippi.  They completed research on voting trends in the state and realized that there were over 300K eligible voters who were not registered. A lot of these potential voters were/are Black folks, young folks, and poor folks.

In late 2017, I reconnected with the founder of the organization. She and I began having conversations about the importance of organizing young people in this unique moment of back-to-back elections that will define the next decade of our lives.  The only way to shift power and reimagine democracy in Mississippi is through the will of young people. She asked me to come on board and help execute the vision we share. The rest is history.

That’s a powerful story.  It’s such a critical time to be building power all over the country.  What does Mississippi Votes do?

Contrary to our name, we’re not just registering people to vote.  In addition to being informed voters, we want folks to understand systems.  To us, civic engagement is something that happens beyond election day.  We must be engaged “on and off the clock,” including by having conversations about how power shapes our lives outside of political races.

Say more about what you mean by “off the clock.”

Usually, communities of color are engaged when its high time and we want their vote. I call this “inauthentic engagement” and believe that it leaves room for an undereducated electorate.

Yes.  And that’s why we take a holistic approach to organizing, which includes partnering with direct service organizations.  We share information about voting, voter ID requirements, and who is on the ballot in places that people trust. We’ve learned that we need several layers of organizing in order to engage with people on their terms and in an authentic way.

Jennifer Riley Collins, a candidate for attorney general of Mississippi, is one of our BlackHer Sheroes.  When interviewing her, I was horrified to learn about how Mississippi’s election law has been rigged.

Which law? There are several.

The one that says that you have to win the popular vote and a majority of legislative districts to win statewide.

Mississippi is a whole different ball game when it comes to voting power and voter suppression.  In 1890, legislators did all that they could to keep Black folks from the ballot box. We are researching and working in collaboration with a number of organizations to determine which strategic steps to take to kill this and several other racist laws that disproportionately prohibit Black people from voting.

It is and I tell my folks that we’re in this for the long haul and we have to take care of ourselves.

How can BlackHer subscribers help?

I need folks around the country to contribute to shifting the narrative about Mississippi. People often get the story all wrong about what’s happening or not happening in Mississippi.  We are winning. Look down the ballot and see how many Black women got elected to serve as Circuit Court judges. Recently, Shameca Collins, was elected District Attorney of Natchez, MS. We aren’t moving at the speed of light, but we are winning.

Folks can also support Mississippi Votes by learning more about our work and donating!

Nsombi Lambright is the executive director of One Voice and a former executive director at Mississippi ACLU.  She is like the big sister that I never had. She makes room for me wherever she goes and I appreciate her so much.  I feel like she embodies the spirit of Fannie Lou Hamer.

Jaribu Hill is an attorney and organizer in the delta.  She’s a lawyer by trade. I can’t describe the respect I have for her work.

Cassandra Welchlin is a co-convenor of the Mississippi Black Women’s Roundtable.  She’s been working on women’s economic security for my entire life.  She’s determined to achieve equal pay for women.

Valencia Robinson is the executive director of Mississippi in Action. I met her when I was about 19 and dreaming of the Black Feminist Collective, which I founded at Jackson State University. She resourced me with many amazing tools and readings.

I  LOVE Eloquent Rage by Brittney Cooper.  I’ve read it way too many times! In this book, Dr. Cooper asks, “What might it mean to start from a black girl’s fears and create a world that is safe for her?” Every day, I approach my work with that question in mind. It grounds me and reminds me of why I do the work I do.

Let me ask you the miracle question.  You go to sleep tonight and you wake up tomorrow and it’s October 2020 and the miracle has occurred for Black women.  What happened?

Black women and girls in Mississippi are safe and have recognized their power – by no one’s permission but their own. Government as we know it is no more and everyone trusts the leadership and wisdom of Black women. The streets of Mississippi are paved with #BlackGirlMagic and the promise of liberation is fulfilled.