On How Young People Are Moving an Agenda to Make America Better: An Interview with Tiffany Loftin 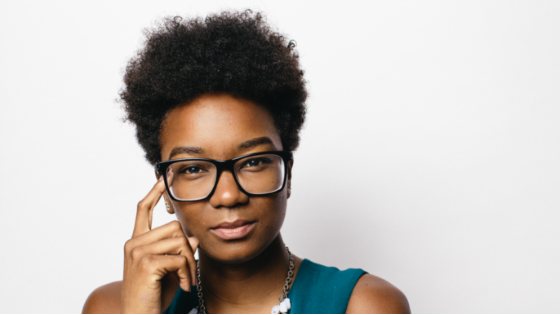 Our BlackHer Shero of the Week is Tiffany Dena Loftin, director of the NAACP Youth & College Division. In this role, she serves hundreds of NAACP Youth Councils, High School Chapters, and College Chapters in the fight for civil rights.

Tiffany’s work has always been about social justice. Prior to joining the NAACP, she was (among other things) the senior program specialist in community advocacy and partnership engagement at the National Education Association. She also helped guide the work of the AFL-CIO Labor Commission on Racial and Economic Justice. Tiffany served as president of the United States Student Association, where she launched campaigns on student loan debt and fought for the expansion of financial aid for low-income students and students of color.

Fun fact:  She’s also one of the youngest people to ever be appointed a Presidential advisor!

Angela:  Tiffany, thanks for agreeing to be interviewed by BlackHer! Please tell us about your background.

Tiffany: I grew up in Los Angeles, where I was raised by my mother. We did not have a lot of money.  There were times when we were on welfare and lived in shelters. When we were doing better financially, we lived in a one-bedroom apartment.

I wanted to go to UCLA, but I got into UC Santa Cruz.  It was very white, and I wasn’t sure I would be comfortable there. Of the 18,000 students at the school, less than 2% are black.

In my freshman year, tuition at UC Santa Cruz increased by 32%. Some of my friends who were undocumented had to drop out of school because of the tuition hike. My issue became fighting tuition increases.  I became an active member of student government, first as a paid intern and later as an officer myself. I ran for vice president of our student government twice and won.  Senior year I was elected president of the student government.

In 2010 someone hung a noose at the school. As student body president, I heard about how traumatized Black students were by this. There was no real investigation and the school never figured out who was responsible. The Chancellor of the University of California did not issue a statement about the noose, which stayed up for about a day before it was removed. No one would talk about the incident. It made me feel unsafe at school.

Up to that point, I had focused my activism on higher education reform. Post noose, I started fighting for racial justice.

Our student government held a national week of action to organize for, among other things, Black housing on campus and shared governance. Black students wanted a place for community and all students wanted input on major decisions that affected their lives.  We won these initiatives. Campus activism is where I found my voice as a young Black woman.

I ended up loving the UC Santa Cruz. It’s only been 8 years since I graduated, but I am an active alum. I still mentor students on campus who are involved in student government.

Angela:  So, college was the launching pad for your activism.  What happened next?

Under my leadership, the Association fought for the reauthorization of the Higher Education Act, registered 150,000 new student voters, and gained support from Secretary of Education Arne Duncan. I met with Secretary Duncan many times regarding increasing college access and affordability for students of color.

I also met with President Obama for 90 minutes in the oval office to talk about education reform. I could not believe it! I was a young Black woman, a first-generation college graduate who grew up on welfare, and now I was in a meeting with the first Black President of the United States.  All of my people were beyond proud.

In 2013 President Obama appointed me to the White House Initiative on Educational Excellence for African Americans.  At 24, I became the youngest person ever appointed to a presidential commission, and to serve as a presidential advisor.

My next job was with the labor movement. The National Education Association hired me to work on community advocacy and partnership engagement. I focused on creating opportunities for dialogue and action on the racial and economic disparities faced by schools, students, and communities across the country. Next, I was hired by the AFL-CIO to lead social justice training workshops. These jobs taught me that I loved working with real people and within membership organizations.

Angela:  How did you end up at the NAACP?

Tiffany: I met Derrick Johnson, the current president and CEO of the NAACP, when he was a Civil Rights lawyer and activist in Mississippi, and I respected his work.  When he was brought on to lead the NAACP in 2016, I applied for a job with the organization and I became the director of the Youth & College Division.

I love the NAACP’s mission and the scope of its work.  We are anti-racist, pro-Black people, pro-immigration reform, pro-criminal justice reform, and interested in student debt reform – all of these issues matter to me. I need to be at the best organization doing the work I want to do in new and effective ways. For me, that’s the NAACP.

I started my job in February 2018, two days before the Florida school shooting at Marjorie Stoneman Douglas High School, where 17 people were murdered.

March For Our Lives was formed after the shooting and they organized a march on Washington. Our youth said that they wanted to do something at the march because you can’t have a rally on gun violence without Black people being at the table!  We face gun violence in our neighborhoods and from the police. The NAACP had a huge presence at the march.  The AFL-CIO gave us space to have a town hall.  Someone interviewed me and asked, “Why are you all here?” My response went viral and I gained over 10,000 twitter followers.

After the march, I had to make sure we didn’t drop the gun violence issue.  We regularly remind young people that voting can make a difference in this and other issues by explaining the connection between voting and creating the changes that we want in society.

At the NAACP, my other goals are: 1) to build strong Black political power by ensuring that Black people understand their power; and 2) to facilitate an agenda with young Black people across the country which includes voting, fighting for affordable education, ending gun violence, and promoting democracy.  Right now, as part of that agenda, my team and I are planning back-to-school voter registration drives nationwide.  We will use issues like gun violence and college affordability to build youth engagement in the 2020 elections.

Angela: Many people think the NAACP is an organization for older people.  Are young people active in the NAACP?

Tiffany: Yes, young people are active in the NAACP. We have 330 youth and college chapters nationwide.  Most of the chapters are composed of high school students.  Our largest number of youth members is in the south. We are the brand that folks who care about racial justice consistently gravitate toward, especially in the south and at HBCUs. Many college students rely on the NAACP.  When hate crimes happen on campuses, students immediately call our office for support and guidance.

Angela:  Young Black people changed the world through the Civil Rights movement in the 1960s.  Are they likely to change the world again?

Tiffany: Yes, they already have!  Last year in several states, we saw a record turnout of young people in the 2018 elections.  This helped to turn the tide and led to Democratic control of the House of Representatives. In addition, through social media, young people have raised national awareness of the systematic murder of Black trans women.  Everyone is paying attention to this problem now, which was mentioned at one of the Democratic debates.  Additionally, Black Lives Matter conversations were and are being led by young people.  The U.S. is fighting for its moral compass because young people are fighting. Young people are moving an agenda to make America better.

Angela:  Let me ask you the miracle question.  You go to sleep tonight and wake up tomorrow and it’s August 2020 and a miracle has occurred for Black women.  What happened?

Tiffany: The miracle is that Black women have won liberation on behalf of themselves and everyone else.  Charlene Carruthers says that until Black women are free, nobody’s free.  In addition, legal institutions, the progressive movement, and the government have all removed their implicit and explicit biases against Black women.  We are emerging as natural leaders in these institutions, and other folks are willingly following us.

On Telling the Real Story of the Atlanta Public Schools Teaching Scandal: An Interview With Jodi Gomes