On Improving Outcomes for Black Americans by Getting Economic Policy Right: An Interview with Danyelle Solomon 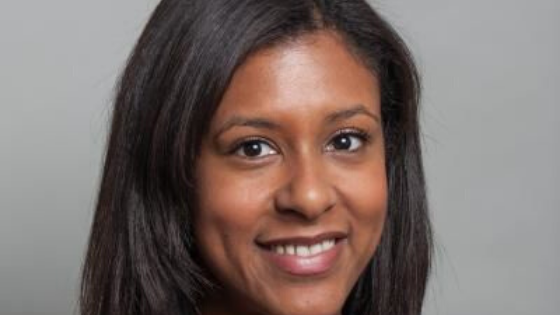 Our BlackHer Shero of the Week is Danyelle Solomon, vice president of  Race and Ethnicity Policy at the Center for American Progress (CAP).

Danyelle, it’s great to connect with you.  We love your scholarship on closing the racial wealth divide.  Can you tell us about your work and its implication for Black women specifically?

I have the privilege of leading the Race and Ethnicity team at CAP.  Our team focuses on how we effectively change systems to have better outcomes for people of color – so we can fully participate in America’s economic, social and civic systems.  Our team focuses a lot of work on Black people because if we center Black people, especially when it comes to advancing progressive economic policies, all Americans will benefit.

The racial wealth divide in the U.S. is the result of 400 years of collective harms compounded over time, which have left Black Americans in a vicious cycle of inequality. Black women are either heads of households or co-breadwinners – so this issue is critical when talking about our economic well being.

Can you say more about that?  What does that mean?

In one of your newest papers, Systematic Inequality, you write that “African Americans own approximately one-tenth of the wealth of white Americans. How did we get here?

The gap is really the result of intentional policy choices that were made by the government at all levels.  Whether you are talking about the institution of slavery, Jim Crow laws, or present-day discrimination, we must tackle systems and we must be intentional with the new policies we are putting forward to ensure Black Americans and Americans of color have equitable outcomes.

You have two small children.  What do or will you tell them about wealth-building?

I’m teaching my boys to save.  I have set up savings accounts for them because most wealth is inherited.  It’s hard though because I have student loans, a mortgage, and other debts that I am still working to pay off.  Like all parents, Black parents want to save – but it’s hard. It’s important to know that it’s not a lack of desire or discipline – it’s not about individual choices.   It’s really more about not having enough or having barely enough to save. You have to save for yourself and save for your children. My kids are young, but as they get older I will teach them about the stock market.  Right now, only about 10% of African Americans participate in the stock market.

You’ve talked about inheritance and I’ve heard you say that wealth creates wealth.  If that’s true, are there public policies or structural mechanisms that can help us create an inheritance for the millions of children who don’t have one?

Baby bonds are an idea for creating seed capital for every child in the United States. They would be seeded by public funds and set aside in an account that would be invested.  The capital would grow from birth – age 18 and could be used to go to college, buy a home, or start a business.

What about homeownership?  Is homeownership a good tool for building wealth and having something to pass on to our children?

Houses are risky assets, but yes, they are a good way to build wealth in America. Because they are an asset, it’s important to recognize that one day your home can be worth a lot and the next day it could be worth less.

Where are you on reparations?

We believe reparations should be on the table when figuring out how to close the racial wealth gap.  Reparations and the racial wealth gap are separate issues, but I believe they are related. Reparations for slavery are about: (1) atonement – acknowledging and apologizing for the institution of slavery, and (2) paying African Americans for the harms caused by slavery. The current wealth gap is the result of slavery and the structural racism that followed it and is still with us today.

In a recent analysis we did, we found that even when you enact big policy ideas like fully enforcing the Fair Housing Act, eliminating student debt,  instituting Baby Bonds or other public savings strategies, it only closes the Black-white wealth gap by 42%. Our goal is to ensure that Black Americans can build wealth at the same rate as white Americans. In order to do that,  we believe we must put reparations on the table as a possible policy intervention to close the gap.

In law school, I knew I wanted to work at the intersection of politics and policy.  After law school, I had the privilege of working for Senator Benjamin L. Cardin (D-MD) l on the US Senate Judiciary Committee.  It was an amazing opportunity that allowed me to experience the power of good legislation and policy up close. Policy can change people’s lives for good – and I have always been drawn to working in a field that would improve people’s lives – especially women of color.

Collectively.  It’s important to have many voices coming from different perspectives working on policy.  This allows for a more robust and comprehensive assessment of the problem we are trying to solve, while also suggesting different ways to approach and solve the problem. I also think it’s important to note how critical advocacy and grassroots organizers are in the public policy movement. They keep our feet to the fire and remind us to center the people most in need as we work to craft policy proposals.

Is there anything else you want to share with BlackHer subscribers?

Last year, the Center for American Progress launched a National Advisory Council to eliminate the Black/White wealth gap. This great group of historians, policy experts and economists have come together to outline clear policy proposals, executive actions and other administrative policies and practices that can take place to close the racial wealth gap.

My mother.  She always reminds me that we stand on the shoulders of strong Black women and we should hold our heads high.

Michelle Obama:  She is the epitome of grace. Smart, beautiful and effective. I also love that she always reminds us to keep our eyes on the prize and keep moving forward.

Ava DuVernay: She had a vision and kept fighting for it.  She believed in herself. That can be hard for us sometimes because we get knocked down a lot in life.  She reminds me not to worry so much about how I am being perceived or what other people think, but instead to just keep going and believe in yourself.

Let me ask you the miracle question.  You go to sleep tonight and wake up tomorrow and it’s February 2021 and a miracle has occurred for Black women.  What happened?

Stacey Abrams is the President of the United States and Kamala Harris is the Majority Leader of the US Senate.

#BlackHer2020: Reparations or Pay Me What You Owe Me

On Empowering Black Joy and Creating Change: An Interview With Arisha Hatch