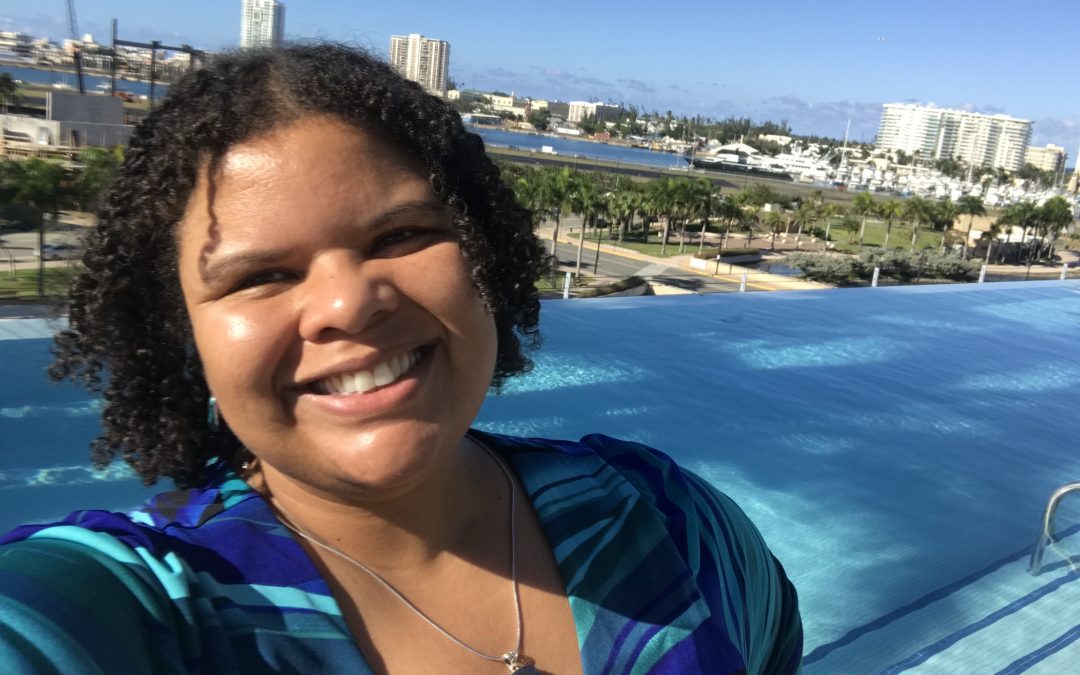 Our BlackHer Shero of the Week is Ashindi Maxton, co-founder of Donors of Color Project, a new collaborative that seeks to engage and connect a community of high net worth donors of color to build collective power and racial equity that levels the playing field.  She’s also the co-author of The Apparitional Donor: Understanding and Engaging High Net Worth Donors of Color, a research study examining the giving patterns and priorities of high net worth people of color.

Jocelyn: Ashindi, tell us a little about your background.  How did you get into philanthropy?

Ashindi: It’s a story with a lot of twists and turns. I started in education. I went to Title 1 schools and then got a scholarship to attend Columbus School for Girls in Columbus, Ohio.  The difference between my private school and the public schools I had attended was immediately visible.  My public school had a 50 percent dropout rate.  At my new school, 100 percent of the mostly white students would go on to college. It was deeply unfair.

I understood that the system was designed this way after I read Savage Inequalities: Children in America’s Schools by Jonathan Kozol.  Inequity was baked into the system; it wasn’t a mistake.

After school, I went to work for a Senate subcommittee on education. That was the entry into political work that eventually also led me to philanthropy.

Jocelyn: Whoa, that’s a big leap!  How did you get to the Senate?

Ashindi: It’s a funny story.  I was talking to a friend.  He asked me what I wanted to do, and I said that I really wanted to do education policy.  He said, “Well, have you called Congress?”

Of course, the answer was, no. I went to a pay phone right then and dialed (202) 555-1212.  Someone answered, and I asked to be connected to Congress.  I told them I wanted to be connected to an education committee of some kind.  The person asked if I wanted to talk to someone in the House or the Senate.  I chose the Senate.  The operator connected me, and it turned out that an intern had just left.  That was 9:00 am in the morning.  I sent in my resume and by 11:00 am, I had the job!

Jocelyn: What an incredible story!

Ashindi: As it turned out, I worked on a Republican subcommittee that was mostly staffed by Democrats.  This was a different time.  I worked for Senator Jim Jeffords’ office. He eventually became an Independent.

After my time on the Hill, I went to U.C. Berkeley for graduate school in public policy. I met Steve Phillips, author of Brown is the New White: How the Demographic Revolution Has Created a New American Majority when he hired me as an intern for his work on the San Francisco Board of Education.

Ashindi: He and his wife Susan Sandler became close friends and mentors.  Years later, Steve suggested that I apply for a job at Democracy Alliance (DA), a network of donors dedicated to building the progressive movement in the United States.  The DA was starting a project on voting rights.  I had done a short stint at the NAACP, as their policy director, and was learning a lot about civic engagement, voting, and political work.  I didn’t know anything about philanthropy, but I knew I could learn it.  I said ‘yes’ and was hired on as a consultant.

At the DA, I managed what eventually became a $6M voting rights project because no one else was excited about it in the beginning.  This was back in 2007 when no one thought that voter suppression was an issue.  But I knew from my time at the NAACP that it was a real social justice issue for Black and Brown and poor folks.

During this time, I gave a presentation on voting rights to a group of donors.  After that talk, a donor walked out of the room and immediately wrote a $400,000 check.

Ashindi: At the time, I didn’t know that that was a really big deal.  However, I did understand that being in the right room and framing the problem in the right way was very powerful.

I was also aware that I was an important gatekeeper (or gate opener!) to groups on the ground who were working on voting rights and voter protections that were invisible to the DA.  Democracy Alliance members weren’t naturally exposed to many of the groups closest to the ground.  I had the opportunity to lift up their work.

Because the work was so new, and I was new to philanthropy, I worked hard to build a cabinet of influencers. I consulted with the smartest people that I knew.  I was guided by the field.  My job was to amplify their ideas and connect them to one another.

Jocelyn:  At DA, you helped build a field and more importantly, helped finance it.  That’s powerful.

Part of the reality of philanthropy is that you trust the people closest to you.  People who speak to your personal experience.  That’s part of why diversity and inclusion among decision-makers in philanthropy are so important.

Jocelyn: You are now leading the Donors of Color Project. Can you tell us about that?

Ashindi: I co-founded the Donors of Color Project with Urvashi Vaid, Hali Lee, and Tuhina De O’Connor in 2015.  Urvashi and I initially connected through the Women Donors Network. They knew we were both talking to donors of color and both realizing that most weren’t finding a home with any of the existing intermediaries.

We did the research and wrote The Apparitional Donor: Understanding and Engaging High Net Worth Donors of Color.  We knew that people of color have enough wealth to do transformational philanthropy.  They just needed a place to come together.

We also benchmarked other movements.  For example, marriage equality happened because a group of gay donors (mostly white men) came together and used all of their social and political capital towards a disciplined and aligned strategy.  We want to create similar impact with high-net-worth people of color “aligned towards an ambitious common purpose.”

Our individual team members aren’t as wealthy as our donors, but we knew we could put the infrastructure behind this network.  We also did a lot of research on other donor networks and learned that they only achieve impact if there are shared values. So, we’re doing the work to make sure our community grows from aligned values of cross-racial work and systemic change that creates racial equity. We are also committed to doing this work with joy because we think the way we do the work and build our community will show up profoundly in the outcomes we build together.

Jocelyn: Collective giving and giving circles are exploding in growth.  What advice would you give other philanthropists?

Ashindi: The founders of any new organization or collective are key because we’ve yet to see a donor organizing group go far beyond the values, beliefs, and ideologies – in short, the DNA of its founders.  Also, organizing around identity alone doesn’t work. The shared values piece is so important.  For example, with the Donors of Color Project, our donors will be willing to interrogate the systems that helped them build their wealth. That would be transformational.

Jocelyn: What else do you want BlackHer subscribers to know about your work or philanthropy?

Ashindi: Philanthropy is a fundamentally broken system. It is mostly built from the idea that people who don’t live in a community know best how to fix what is wrong.  Really trusting communities to have their own answers is so important.  There is so much genius in communities and that is what will save all of us.  As philanthropists, we need to resource the leaders and solutions closest to the problems. We’ll be so much more effective if we do.

Also, philanthropy has a leading edge. There is a new generation of philanthropists that are trying to change things.  For example, Edgar Villanueva’s book, Decolonizing Wealth is important and gaining traction.  He is talking about using money as a tool to heal communities and restore justice vs. further divide us.

Let me ask you the miracle question.  You go to sleep tonight and wake up tomorrow and a year has passed, and a miracle has occurred for Black women.  What happened?

Ashindi: Carbon capture and storage technology is ubiquitous and has spared us all from a climate catastrophe instead of landing disproportionately on the people who did the least to create the problem.