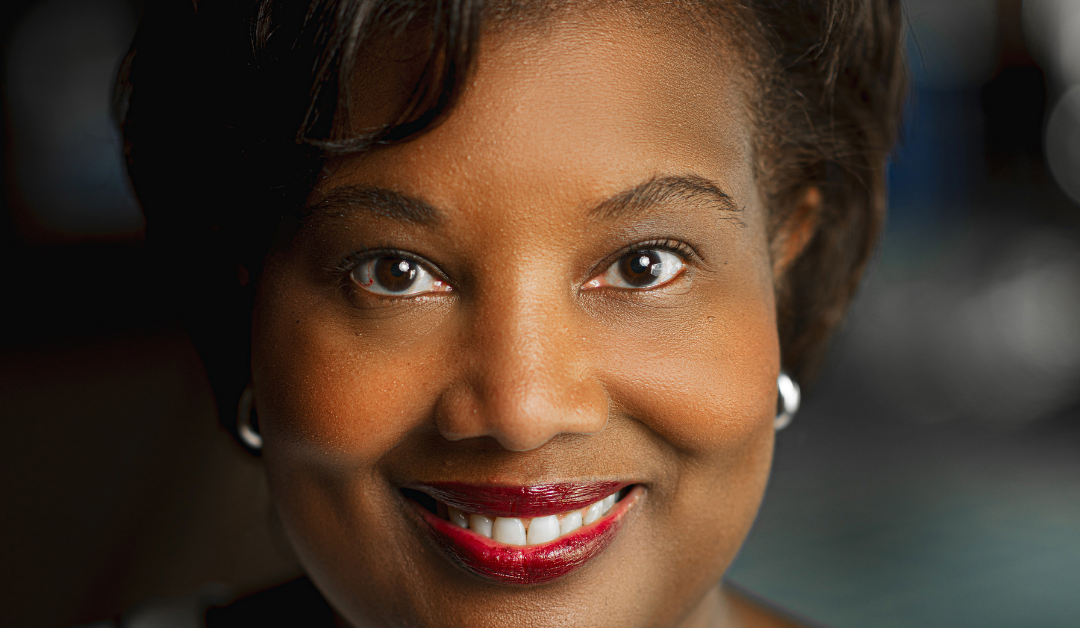 Our BlackHer Shero of the Week is Lisa Nicole Matthews, assignment manager for U.S. Video for the Associated Press (AP).  Matthews was recently elected to serve as the 114th president of the National Press Club, the premier professional association for American journalists from every type of media, and a home for foreign journalists reporting on our government. She is the second Black woman and the third Black person to hold the position.

Lisa, Congratulations on your new appointment!  Those of us closely related to journalism feel that your election is significant.

Thank you! I’ve been active in the Press Club since 2014 and chaired the Headliners Team (the team that brings renowned speakers from around the world to the Club) for two years in a row. I also served as the board’s liaison to the House & Bar Committee (the team that oversees the Press Club’s two restaurants). Thus, when (former president) Mike Friedman asked me to be his vice president, I was deeply honored. We happened to find ourselves at the helm of the organization during the year of COVID and, for this coming year, we both felt the Club could benefit from steady leadership. So, stepping into the presidency seemed like a natural progression.

While you are very humble about this, you have an aggressive agenda for your term. What do you hope to accomplish in your year as President?

The Club itself is an imposing place, at the corner of 14th Street Northwest in Washington, D.C., two blocks from the White House. The halls are lined with framed snapshots of the rich and famous who have been our guests – legends in politics, government, entertainment, and other disciplines of national significance. It inspires awe.

With my tenure, I want to keep the train moving. None of the first presidents ever thought that somebody who looks like me would be president. But, I am now. And I walk in the footsteps of Sheila Cherry, the first Black woman to lead the Press Club and Jeff Ballou, the only Black man to do so. DEI (diversity, equity, and inclusion) are my top three goals for the club. We’re implementing a few new tactics to make a difference in our diversity.

We just initiated FREE 1-year memberships for journalism school graduates from any of the nation’s 107 HBCUs. We have had this kind of relationship with Howard University, our closest local HBCU.  But now, we’re extending this offer to all HBCU journalism graduates. We also have a partnership with Howard University Hospital, called Help the Heroes. We donate meals from our restaurants to their frontline workers.

I want to specifically invite young journalists to the Press Club. Our new members should know that a Press Club membership offers them the opportunity to do lots of things they don’t get to do in their day jobs. We are here to help people build skills in photography, blogging, video editing, and more! Many of our programs are online and FREE.

Also, we can help people find mentors. In our profession, people say that everybody knows everybody – but that’s not true. People need introductions. They need mentors. We have members who are available to our young members. Prominent Black journalists like April Ryan, Bruce Johnson, and Joe Madison are all members, and I have asked them to join the Membership Committee.

Finally, now that we are operating in the virtual world, there are no more geographic barriers to membership. The benefits of membership in the National Press Club are now equally available to all American journalists no matter where they live.

You’re at the head of an all-female leadership team at the Press Club! Has that ever happened before?

No, this is another first! It is noteworthy that I will serve with an all-women leadership team. My vice president is Jen Judson (Defense News); Eileen O’Reilly (Axios), will be treasurer; Gillian Rich (Investor’s Business Daily), will be secretary; and; Emily Wilkins (Bloomberg TV), will be membership secretary. This is significant because of the Press Club’s history with women and minorities. The Press Club was founded in 1908 – but did not admit women until 1971. The first Black member was not allowed to join until 1955 – and his admission only passed via referendum. So, at every stage, the culture of the club has reflected the times.

Speaking of firsts, you are also a person with a disability.

I have had to struggle with Multiple Sclerosis (MS) over the years. And that does make me the first person with a disability to serve as president of the National Press Club. I see it as another opportunity to shine a light on a community that often feels marginalized and unseen. I will be on the lookout for ways to do that.

As Black women, how can we elevate our most important issues via the media? That is a skill, isn’t it? And it’s not as difficult as many people think.

I would like to teach more citizens of every stripe how to get their issues in front of the media. If you can frame your issues for us, and educate us about them – their significance in the world – you’re doing us a service.  It is worth learning how to do that. And I think a lot of local journalists are open to being approached right now – now that it’s glaringly clear that many points of view are not being reflected in news coverage.

Many people don’t understand that journalists need to hear from you. You are our source for the news. If there’s an event or issue you would like to see discussed in the realm of news, my virtual door is open. I welcome emails from anyone. I will offer suggestions on how I think the media might impact issues of significance to Black women.

Let me ask you the miracle question.  You go to sleep tonight and wake up in February 2022 and a miracle has occurred for Black women.  What happened?

We have true parity… true parity with our fellow man – in employment, socially, and more. The Bible says that Martha and Mary came back from the tomb and told the disciples what they had seen and nobody believed them. That kind of doubting of a woman’s word is still going on today. When I talk about parity, I’m talking about taking me just as seriously as you would a man or white woman, for that matter. Having that level of parity would be an absolute miracle.

On Running to Serve Louisianans in Congress: An Interview with Karen Carter Peterson