On Legislating Change: An Interview With Jheanelle Wilkins 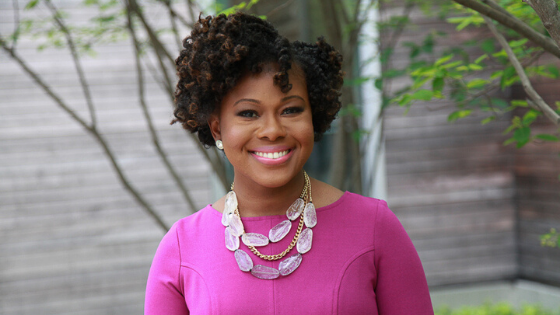 How did you become a legislator?  What was your path to your current role?

I grew up in Jamaica and immigrated to the U.S. as a young girl.  At a young age, I became aware of the differences in opportunities available to people based on where they live.  I’ve always been passionate about service and helping others. In college, I took a public policy course and learned about the high rate of Black women dying from breast cancer due to the lack of access to health care and our experiences of poverty.  I thought the health disparities facing Black women were unconscionable and wanted to help shape policy to remove them.

I started as an advocate and became an intern for the Leadership Conference on Civil and Human Rights, the oldest civil rights organization in the U.S.  While there, I learned about many other issues facing us, including immigration, voting rights, justice reform, etc. Fast forward ten years, and I now serve as the State and Local Government Affairs Director.

That’s a great story.  How did you become one of my legislators, here in Montgomery County, Maryland?!

In many ways, I was in the right place at the right time.  I had been organizing and working on issues locally. When then-State Senator Jamie Raskin ran for and was elected to Congress, I was appointed to fill a vacancy in the House of Delegates.  In 2018, I ran for the seat and was elected.

At BlackHer, we talk a lot about the fact that creating substantial economic, social, and political changes for Black women will require us to understand and engage in policy change.  Do you agree? If so, how do we engage more Black women in policy advocacy?

I really view policy change as critical to impacting and changing people’s lives.  I think the best way to communicate about the power of public policy is to meet people where they are.  When I talk to my constituents, I try to get a sense of what they care about. I also share my personal story as an immigrant and how the laws impacted my family and life trajectory.

In order for people to get passionate about public policy, it helps to bring it down to a personal level.  You’ve got to connect public policy with everyday life. For example, when we talk to folks about the importance of participating in the upcoming census, we don’t just tell them that it fuels $18B in funding for our state. While true, that’s a fact that can seem irrelevant to a person.  Instead, as an example, I talk to folks about how funding from the Census can mean more dollars to improve our schools. I try to make it tangible.

Maryland’s legislative session opened on January 8, 2020, and Adrienne Jones is serving as the first Black female speaker of the house.  That must be exciting!

Yes!  Speaker Jones is making history but not just symbolically.  She is also making history because of the issues she has already raised and will continue to bring to the table. She personifies why it’s necessary to have diverse representatives in power.  I’m excited to work with her.

What are the issues you hope to address in this session?

Educational equity is an important issue for me and my constituents.  I’m excited about a new bill that I’m co-sponsoring to address student trauma.  Too many students are dealing with violence in the home and family separation is also an issue for too many children. We must address the trauma students face in order to facilitate learning.  My bill will provide teachers and leaders with the training they need to recognize and address trauma. And frankly, to not re-traumatize students.

I’m also working on criminal justice reform.  Seventy percent of the people in prison in Maryland are African Americans.  My goal is to reduce the number of people in prison and ensure that folks are successful when they return to our communities.  I’m working on legislation around expanding diminution credits, which help inmates reduce their sentences as they attain educational certificates.  They are a great tool for reducing prison time and recidivism because we know that education helps to deter crime.

This may sound like a dumb question but how do you create legislation?  If my community members and I want your help in addressing a structural issue, how do we work with you and other legislators to create change?  What’s the process?

Ideas for legislation come from constituents.  Sometimes advocates come to me because they are passionate about an issue and have a fully formed solution. Other groups have ideas but don’t necessarily know what to do next.  Luckily, in Maryland, we have the Department of Legislative Services to help.  Instead of having 144 legislators writing our own statutes and putting them in the proper format, we have a great team to make sure that we can get our bills done correctly and on time.  Remember: The legislative session is only 90 days and writing legislation can be a wonky process. And, like other legislators, I also have a full-time job!

If you have an idea or issue that you want help with, it’s fine to go to your legislator to help fine-tune or flesh out your idea.

Let’s talk for a minute about the 2020 Census, which you mentioned earlier.  Many of us have heard that the decennial census is important because it drives government spending and political representation.  At the same time, we have been hearing a lot over the past few years about partisan gerrymandering and how both parties have designed Congressional maps to disenfranchise voters.  In fact, Maryland’s 3rd Congressional District is considered one of the most gerrymandered districts in the U.S.! How do you think about that?

Taking the Census is very important because the count informs how funding is distributed for our schools, hospitals, and other services as well as how we draw legislative districts. It’s so important to do our part to make sure that everyone is counted and that, as representatives, we understand and can address the diversity of the communities we represent.

The census count lets us know where people are so that we can redraw congressional and state districts. In my district and across the state, many constituents are concerned about partisan gerrymandering. Maryland is notorious for our gerrymandered maps. This year, I introduced the Fair Maps Act to ensure that our congressional districts have strong standards that tame gerrymandering.

Is there anything else that you want BlackHer subscribers to know about you or your work?

Maternal health is still a priority for me and something I’ve had the privilege of working on. For example, I’ve passed legislation to understand the disparities in maternal health facing Black women; create a maternal mortality stakeholder group to hear directly from the women most impacted; and, require doctors to receive implicit bias training. This year, I introduced legislation to ensure that the women most impacted by maternal deaths have a seat at the table.

That’s awesome!  Who are your BlackHer Sheroes?

Shirley Chisholm: She was an authentic leader who knew but didn’t play by the rules.

Harriet Tubman: I think about her a lot because she was born here in Maryland.  I have a photo of her in my office that appears to look at me while I sit at my desk; it grounds me.

Black Women led the movement to stem the tide of Black poverty.  We have achieved amazing educational outcomes. Because of us and other stakeholders, we are no longer facing health disparities.  We have equal outcomes and equal access.

On Building Community Through Gritty Conversations: An Interview with Chanda Smith Baker