On Minding Our Sisters’ Business During COVID-19: An Interview with Linda Goler Blount 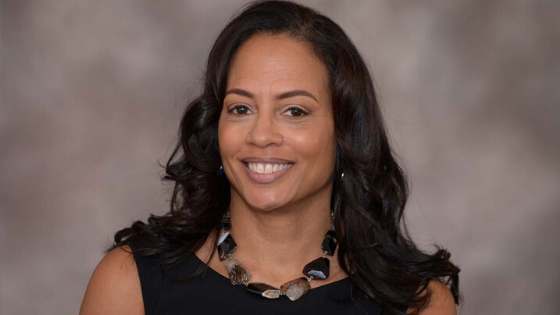 Our BlackHer Shero of the week is Linda Goler Blount, president and CEO of Black Women’s Health Imperative (BWHI). BWHI has prepared a guide called “Surviving COVID-19” which includes updates, news, and resources for Black women to get through this pandemic.

I wish I could figure out a way to de-stress! I have moments where it hits me what’s really happening, and I have to try to ratchet myself back down—try to do some breathing and meditation.

As hard as it is, I have to take a break from the news and it’s really hard because it’s on all the time and I’ve got it on multiple screens. Sometimes I just have to walk away and not look at the news and not read. I have to get myself centered to go back into the fight because I’m thinking about what this means for the population, but I’ve also got staff, family members and friends I’m trying to keep tabs on. It’s to the point where it’s hitting closer and closer to home. A good friend of mine and her husband are sick right now with COVID-19 so this is getting real.

What advice are you sharing with others about surviving this moment?

I’m telling my friends—you guys just have to feel what you feel. If what you feel means, I  just need to sit here and put on some music and not do anything, then do that because it just adds more stress when we feel like we ought to be doing something in a time where we have no control. That lack of control is the worst feeling, especially for Black women. Don’t feel like you have to control anything. We are not in control of this!

It’s hard not to be afraid. The women I’m talking to, the women who are reaching out to us via our media platforms, the overwhelming emotion they share is fear. We are concerned for our loved ones. It’s hard not to be able to see them and have no idea how many people are actually going to die. People are, rightly so, terrified.

BWHI has released a surviving COVID-19 guide, which is great. As you think about the work that you do on behalf of Black women’s health, what are you most worried about right now?

I’m worried that we don’t know the extent to which this affects the Black community because we aren’t collecting the data and reporting it. I’m concerned that if some of the disparities we are aware of like breast cancer, diabetes or heart disease—those kinds of mortality disparities—if they were to apply COVID-19, and I don’t know that they will, but if they do, we could be talking about 100,000 Black people dying. I can’t even wrap my head around what that means.

I’m particularly worried about the emotional impact of this, which is connected to the economic impact and health, and the fact that women can’t grieve and are losing their jobs. The Atlanta airport laid off 55,000 workers, 70% were women and most were women of color. I worry about what that means for our ability to care for ourselves and our families now and for the long-term. Black women have that Superwoman syndrome where we keep doing and we have a lot of responsibility. If we can’t earn money, then what happens?

I worry about domestic violence rates increasing, which we are beginning to see.

People generally think about low-income women, and absolutely we should. But I also worry about middle-class women. There are a lot of women who are making between $100,000 to $150,000 a year who have lost their jobs. This will affect them too. And these are women who’ve never had to deal with this kind of thing, so they may not have the emotional resiliency to deal with it. What if suicide rates increase? How many of us could live at our current level for 6-12 months if we don’t earn another penny?

I worry about the research and the data but also the long-term impact. Even if at the end of June, the worst of it is over, some economists are saying that it will take 18 months to 2 years before we get back to where we were in December.

Wow! That’s scary. And it highlights the way that Black women and our communities are more vulnerable during this pandemic.

Yes, and at a practical level, we don’t know who is being tested. The testing sites that are being set up, the drive-thru sites, as far as I can tell are largely in white middle and upper-middle-class neighborhoods where we aren’t. And doctors have to refer you anyway. If there aren’t Black people living there, they aren’t seeing the doctors, aren’t being referred and are not getting tested. There’s also a very real concern about how we’ll get treated, what kind of access will be available for low-income populations. I live in Georgia where Medicaid has not been expanded, so if someone tests positive, there are concerns about treatment. Imagine those pregnant women on Medicaid—it only covers 6 weeks post-partum and then you are on your own. In this time, that’s ridiculous.

There’s a saying that effective technology and therapeutics are disparity producing because they go to people with means first. As we develop therapies and vaccines, we have to make them widely available to everyone.  In my opinion, if we don’t then we have really failed the U.S. population morally.

There’s so much there to unpack. Clearly, we are not a system set up to support people in crisis nor to think about people holistically. When we get through the other side of this, what will we have learned and what will be different for Black women?

I hope we will have learned that when the next pandemic happens, we know we need to act immediately. That our governors and elected officials will have a plan, put it in place and act. People talked months ago about overreacting. Going forward,  I hope that’s our default and we overreact in order to put the health of our residents, citizens, and constituents first.

I also hope we realize that there are extreme inequities in our health care system and that structures and policies are put in place to deal with them. It’s becoming evident what access really means.

One of the things this pandemic highlights is the need for connection. It’s difficult when we cannot be so close. It’s really important for Black women to continue to be connected, especially to our sisters who live alone. Yesterday, I had quarantine and cocktails with my best friends from college. We brought our favorite beverage to our computer screens and just talked for an hour!

I really want Black women to check in on one another. We used to say a long time ago, “Mind your sister’s business.” We need to get back to minding our sister’s business now. Check in on your sisters, look at them—don’t just call. Everyone can do video calls now, look at your sisters. We have a tendency to say we are fine, when we are not. We need to do everything we can to make sure our sisters have the health and support they need, even if it’s nothing more than saying “I love you, I was thinking about you, I wanted to share this funny thing from the Internet just to get you to laugh.”

What You Need to Know to Collect Your Coronavirus Relief