On Opening the Doors of the Entertainment Industry: An Interview With Brenda Robinson, Esq. 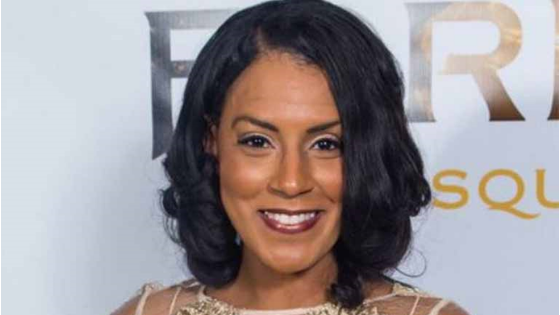 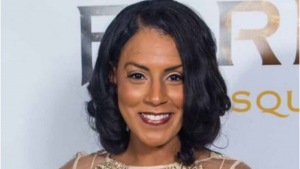 Our BlackHer Shero of the week is Brenda Robinson, entertainment lawyer and senior advisor to the Management Committee and director of strategic partnerships for Greenberg Glusker, LLP.  Robinson is also an entertainment lawyer for various folks in the world of entertainment and enjoys serving as an executive film producer on socially conscious documentary and feature films.

Angela: Thank you for agreeing to be interviewed by BlackHer.  We are looking forward to hearing about your career. Why did you choose a career in the law?

Brenda: At an early age, I determined that I wanted to pursue a career in the law because I wanted to have superior knowledge and the ability to assess my surroundings in a very thoughtful way, not only in a business setting but also in everyday practical interactions with others. I viewed having a legal background as being something that would confer an advantage by equipping me with the skills necessary to analyze people as well as circumstances.

Angela:  It sounds like you were a smart kid who wanted to be informed and in control! So, you became a lawyer to gain knowledge and skill in analytical thinking.  However, you settled on one of the more glamorous practice areas.  You are practicing entertainment law in Chicago. Is that unusual?

Brenda: I am from Chicago. While Los Angeles and New York are the traditional entertainment markets, Chicago is equally considered to be one of the premiere markets in music.  And, it is an emerging market for film and television; from the legacy of Roger Ebert and Gene Siskel to Cinespace Chicago Film Studios, where many current top television programs are filmed, including Empire and Chicago Fire/Chicago PD.  In addition, lots of blockbusters were shot in Chicago, including Home Alone and Transformers. There is a vibrant film and television presence in Chicago.

And, considering all the musical talent that has come out of Chicago, from legacy acts like Don Cornelius and Quincy Jones to current artists, such as Jennifer Hudson, Kanye West, Common, and Chance the Rapper, Chicago is a force in that regard.  It is considered the top city in the entertainment industry outside of the coasts.

I began in the entertainment industry as an intellectual property attorney, which is the foundation for entertainment law. I represented clients in the music industry and then expanded my practice to include film and television. Part of my success can be attributed to the amount of time I have spent getting to know folks in the entertainment industry in the larger coastal markets. I’ve spent a lot of time in New York and Los Angeles establishing relationships and strategic connections.  This has enabled me to expand my legal practice and my involvement as a film financier and patron of the arts.

Angela: Many folks find the entertainment industry interesting!  Can you tell us about a film that you have worked on, and what it is like to be an executive producer?

Brenda: My role as an executive producer on both documentary and narrative (feature) films has enabled me to work with some of the most talented people in this business.  And, I have loved establishing strong relationships with investors and contributors who make these projects possible by putting extraordinary resources behind the development of creative works.  This support is the result of our shared belief in the power of storytelling and the ability of film and music to have a social impact. From the success of Black Panther, which unequivocally demonstrated the power and might of the African-American experience to the world, to music by the late Aretha Franklin.  Music and film have been used throughout history as a medium for effecting social change.

Over the past several years, I have been involved as an investor or executive producer on several documentaries and feature film projects. Most notably, I was an investor on the 2018 Academy Award-winning documentary, Icarus, as well as the critically acclaimed, Won’t You Be My Neighbor?, about the life and legacy of Mr. Rogers.

I was a donor contributor to STEP, an inspiring documentary about the young women of the Baltimore Leadership School for Women’s step team. Currently, I am an executive producer on the documentary United Skates, which won the audience award when it premiered at the Tribeca Film Festival earlier this year.  The film is about the rollerskating subculture and its place in the African-American community.  John Legend and Get Lifted also acted as executive producers on this project.

I will also act as an executive producer on the upcoming documentary The Great American Lie, the third in the trilogy of films by director and producer Jennifer Siebel Newsom, the current second lady of California, which will examine the concept of the American Dream and whether it is ultimately accessible to everyone.

Angela:  One of our BlackHer Sheros, Rutha Harris, is a Freedom Singer.  She used the power of her voice to support the civil rights movement and push for social change. She probably knows your uncle, the iconic Reverend Jesse Jackson, who has pushed for social change through activism and political participation. It’s interesting that today we are talking about the arts as a major inspiration for social change.

In addition to Shondra Rhimes, Ava DuVernay and, of course, Oprah Winfrey, are Black women becoming more influential and gaining creative control in the entertainment field?

Brenda: Yes!  And, the rising influence of Black women in the entertainment industry will only increase as we continue our vigorous fight for a seat at the table. The world is beginning to recognize that our stories and perspectives matter.

Angela:  As you know, BlackHer is about building Black women’s personal, political and economic power.  As a philanthropist, who supports several nonprofit organizations, how do you think about that?

Brenda: For me, it is simple. I believe my purpose in life is to spread my extraordinary resources as far as possible.

The entertainment industry is one of slammed doors. By structuring my philanthropy to focus on supporting the arts and entertainment, I’m fulfilling my objective of creating access and opportunity for those who otherwise would not have a voice.

Angela:  That sounds very empowering! To that end, have we overcome?  What should Black women in entertainment and the legal profession be thinking about now?

Brenda: We will truly overcome when we recognize that we as women must be our own best allies. The spirit of collaboration must trump that of competition. We must recognize that if everyone has a piece of the pie, then we will all eat.

Angela: Astute observation.  I love that.  If we can work together, we may all get ahead. It’s time for the miracle question.  It’s a year from now, October 2019.  Everything has changed for black women and things are fantastic.  What’s happened?

Brenda: We came together within our own sacred circle and made a conscious decision to have each other’s backs at all times and under all circumstances. From our unified stance, we turned to the world, demanded parity and charged ahead to claim our rightful place.