On Power, Accountability & Building a Politics With Heart: An Interview with Aimee Allison 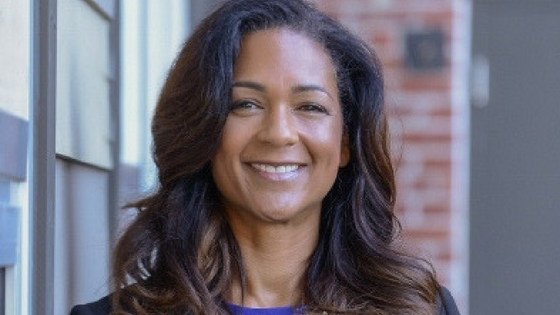 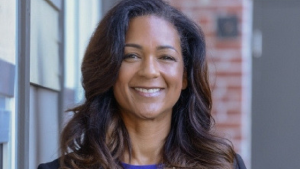 Building our personal, economic, and political power by getting educated and organized, that’s what we’re all about at BlackHer!

Me: Aimee, it is such a pleasure to have this opportunity to interview you.  But It’s hard to know where to start! You just launched the third series of your podcast, Democracy in Color.  You’re working on a new book and you are the architect of Get in Formation, a national campaign “to inspire and engage Black women in Georgia and nationwide to mobilize our collective political power…to elect Stacey Abrams to become the first Black woman governor in U.S. history as well as elect other women of color to leadership.”

Me: Let’s start with Get in Formation.  Like you, I’m a huge fan of Stacey Abrams even though I don’t live in Georgia and can’t vote for her.  When and why did you launch the campaign?

Aimee:  I’m based in California and can’t vote for her either but that doesn’t matter to me!

I met Stacey when she joined the Georgia state legislature and then again when she became minority leader.  She is one of the sharpest strategists I know. She has a brilliant legal mind. She saw that both parties were ignoring voters of color and knew this was a strategic misstep.

In Georgia and in other states, it’s a misnomer to call people of color, “minorities.”  As we’ve shared at Democracy in Color, people of color are actually the majority in many cities and states.  And Black women, in particular, represent a critical voting bloc.

In Georgia, we are 25% of the of the Democratic party.

We really need to get out of this mindset of being the minority and embrace our power.  That is how we beat Trump and the cohort of right-wingers in control. Most important, it’s how we make progress on our agenda, which includes stopping the policing of black communities, fixing failing schools, advancing economic opportunity, and much more.

Stacey understands this demographic math and she truly believes in the importance of representing all of her constituents.  What she’s doing in Georgia to build a progressive majority is important for all Black and Brown women (and men!) to understand.  That’s why I started Get in Formation. Because this is how we win!

Me: You and I both attended the Power Rising Summit in Atlanta.  Here’s what you said about it in an article for NBC News, “As Alabama showed, we are a force and we come with receipts. …Back our leaders, elevate our issues and put our voting strength in the center of a multiracial coalition that can take back our country.  Ignore us and risk alienating the very voters needed to win.”

Me: I love that.  We come with receipts.  You’re talking about our power.  How do you define that?

Aimee:  Well, as they say, you need to be at the table or you’ll be on the menu.  That’s a key part of power. Also, in a democracy, each person has a vote and the power to assert themselves and their vote.  I think, for Black women and women in general, we have to be comfortable with wanting power. I don’t see power as a negative thing.  If we don’t have power, then we will be the victims.

You can vote, volunteer your time and resources and we can also come together as a force.

The Power Rising Summit was a powerful experience for me.  Being in a room with one thousand Black women was awesome. We were a representation of the millions of Black women in the U.S. who are taking power and raising our voices.

Me:  I agree.  It was very powerful to be part of an all Black woman-led conference.

Aimee: Here’s the thing.  Black women and other women of color are the women’s vote.

Aimee:   Take California, which everyone says is so progressive.  When Barbara Boxer ran for reelection, she lost the white women’s vote.  It’s unfortunate, but White women are voting against their self-interest.

Black women are different.  The fact is that Black women check for others. We check for Muslims, the poor, and other women.  We’re a unifying force. We have a way of using our power to elevate ourselves and others. It’s time for us as Black women to fully embrace our numbers and ability to elect folks who will support us.

Me: Tell me about your podcast.  I see that you just launched Season 3. Congratulations!

Aimee:  The Democracy in Color podcast is in its third season.  And our first interview is with Andrew Gillum, Mayor of Tallahassee and Democratic Candidate for Governor of Florida.

He’s one of our up and coming rising stars and is just awesome.  He’s exactly the type of leader we need.

The goal of our podcast is to pursue a brand of what I call – Heart Politics.  Heart politics is a way of believing that our political life is simply a practical extension of our core work in the world – having a heart for other people.

Me: I love that.  Angela and I have a similar sentiment about and goal for BlackHer.  We want Black women to feel that politics is accessible, that it’s about and for them and that there are practical ways to participate.

As Black women, we’ve always been held to such a high standard.  We are the engines of so many institutions. And we’re ready to lead. And it can seem like our politics is so poisoned.  How can we best engage or participate?

At the same time, I think we’re going through this enormous cultural transformation. What we’ve seen with the #MeToo movement, which was started by Tarana Burke, a Black woman, is that no one is protected when they use their power to abuse women.

There is depravity in our public life but there is also much more accountability and that comes from the leadership of women and especially Black women.

Me: So let’s talk about that.  Let’s talk about the changes we are already seeing and how to do more.  It is wonderful that so many Black women and men are running for office and leading and participating in the political process.  The next question is, once we get the right people in places of leadership, what are the policy reforms we should pursue?

Aimee:  First and foremost, we want our leaders to be accountable to our agenda.  It may sound silly but it starts with honoring the Constitution – life, liberty and the pursuit of happiness – that’s what’s promised.

The challenge is that often our issues/our agenda items are ignored by both parties.

I’m particularly interested in criminal justice reform.  And that starts with new models of accountability for District Attorneys.

Black women are underrepresented as District Attorneys but, of course, our lives are deeply affected by the decisions of these elected representatives.

The answers to these questions have an enormous impact on Black women and communities.

In parts of Florida and in San Diego, I’m excited about and inspired by movement activists who are getting behind district attorneys who are connected to a broader constituency.  Also, in Philadelphia, the new DA just announced that we’re going to expunge the records for folks jailed for possession of small amounts of marijuana.

Me: I saw that.  That is great news.  Aimee, I don’t want to leave without asking about your new book.  What is it about and when will it be released?

Aimee:    My new book is called, She the People, and it will be released in 2019.  It’s the first book of its kind to tell the story of how women of color are the fastest growing and most progressive group of voters in the country.  Part of my goal is to help solidify, expand, and elevate the voices of Black women.

Aimee:   I’m hosting a She the People Summit in September 2018 to start socializing the book but also to help build interest in a national campaign.  We’re inviting immigrants, transwomen, LGBTQ women, and other powerful groups to come together. Again, I believe we are waking up to our power and the numbers are with us.  Black and Brown folks are already the majority in many states. If we come together, we can not only win in 2018 but also set the table for 2020.

Me: Sweet!  Aimee, let me ask you the “miracle question.”  It’s this time next year and the miracle has occurred.  What happened?

We took back the Senate and the House.

The She the People campaign has launched nationally and there is mainstream recognition of the importance and centrality of black women’s political leadership.  In short, the leadership of Black women and other women of color is not a hot trend, it’s a thing.

We [Black women] believed in a community that we had not yet seen and we made it possible – that’s the miracle.

More Resources to Help You Vote, Volunteer & LEAD in 2018 and Beyond!

What the Royal Marriage Meant to One Black Woman: Me