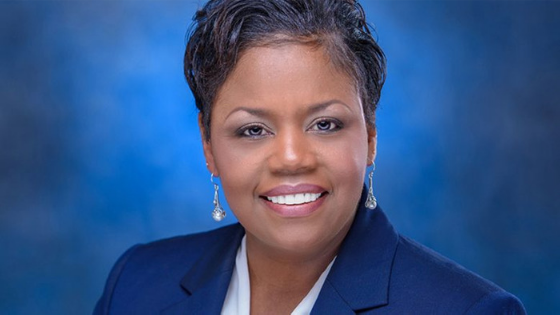 Our BlackHer Shero of the Week is Jennifer Riley Collins, Democratic nominee for Attorney General of Mississippi.  Collins is a decorated Army Colonel, civil rights lawyer and former executive director of the ACLU of Mississippi.

What is an Attorney General (AG)?

How is being Attorney General different from being the “top cop” in the state?

Why are you the best choice for AG for Mississippi?

I served proudly in the military for 32 years because I believed in the oath that I took to defend the Constitution of the United States.  My military oath did not end when my service ended.  Upholding the Constitution is of paramount importance to me.  Whether it’s ensuring that women have equal access to health care or that African Americans, like Curtis Flowers, can be tried by a jury of their peers.  I’m never going to uphold discriminatory laws.  I will ensure that all the citizens of Mississippi have equal protection under the law.

As AG, what do you do when you must uphold a law that isn’t just?

Sometimes it’s not that the law is unjust, it’s that some people are interpreting it incorrectly.  Also, as Attorney General, there is a nice opportunity to do public education and make sure that citizens know their rights and responsibilities under the law.

I’m a big proponent of transparency and accountability.  As AG, I’m also interested in closing the gap between communities and police by changing the “us vs. them” narrative and building trust between the police and the people.  We all need to rest assured that we can go to work and come home safely every night.  Everyone wants that.

If elected, you’ll be the first African American woman Attorney General in Mississippi. How do you think about that?

I’m the most qualified candidate in this race because of my diverse life experiences.  I am a seasoned litigator and an experienced protector of all citizens. My mom was a maid and my dad was a truck driver.  I’m a Head Start graduate and attended public schools vs. a segregated academy.  I’m someone who brings a perspective to office that is like most Mississippians.  Because of my life experience, I can connect the value of Pre-K to criminal justice reform.  I understand how a lack of health care can impact a child’s ability to learn in school.  I understand Mississippi’s over-reliance on mass incarceration.

I also understand that there is no “cookie-cutter” approach to governing that works for every community.

You decided to run for office after a storied career in the military. Why now?

I’m a Christian and I have a strong belief that we are equipped for the things we are called to do.  My life’s work has been to protect, defend, and serve.  You’re right, I could be preparing to chill – and thought I was moving into retirement – but that’s not what God had in mind.

There was a moment that echoed the importance of this call and let me know it was time for me to step up.  In 2018, Cindy Hyde-Smith, a sitting U.S. Senator, said she’d be comfortable sitting in the front row at a public hanging.  She had no qualms making that statement in a place that led the nation in lynching.  She also talked about suppressing the vote at those “other colleges.”

I began to pray, and He said, “Say yes.”  At the time, I was leading the ACLU.  I thought, Mississippi deserves a protector, fighter, and defender at the state and federal level.  It’s me.  Here I am.

Amen!  Who are your BlackHer sheroes?

There are so many!

Alyce Clark – She was the first African American woman elected to the Mississippi House.

Constance Slaughter Harvey – She was the first African American woman to graduate from the University of Mississippi Law School.

Michelle Obama – Her authenticity means more to me than any of her achievements.  She doesn’t conform to others’ ideas for her.  She’s a mom and a beautiful African American woman.  Also, she and President Obama confirm what we already know, there are beautiful Black couples that love each other and have strong families.

Stacey Abrams is another shero.  She is perfectly different than someone else’s model. She has a gap in her teeth, natural hair, and a full African American body and is unapologetic about who she is.

Barbara Jordan made me want to attend law school at the University of Texas before ultimately choosing Mississippi College. And, of course, Shirley Chisholm!

Fannie Lou Hamer, Ida B. Wells, and L.C.  Dorsey all had dust on their feet and said, “we’re going to register people to vote.”

Let me ask you the miracle question.  You go to sleep tonight and wake up tomorrow and it’s September 2020 and a miracle has occurred for Black women.  What happened?

Everything has changed. Black women have equal pay. The quality of education in our state is not just adequate (who wants an adequate education?), it’s the best. All citizens of Mississippi have access to health care.

I always say that when Black women win, we all win. Because change for the least of these creates a ripple effect for everyone.

To learn more about Colonel Collins and support her race for Attorney General go here.