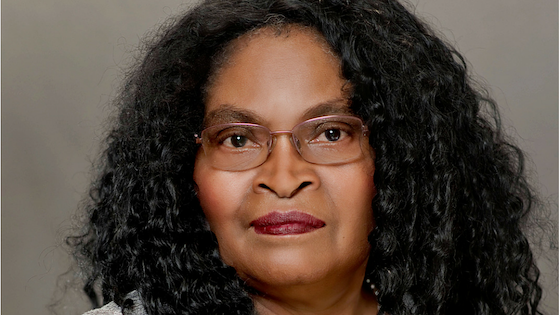 Our BlackHer Shero of the Week is Andrea Miller, founder and executive director of People Demanding Action, a multi-issue advocacy group.  Miller is passionate about voting rights, Medicare for All, trade, and the Equal Rights Amendment.  Miller is a community organizer and a digital advocacy expert.  She has appeared on the Thom Hartmann show and is the executive producer of PDAction Radio.  As an IT professional, Miller is responsible for PDAction’s digital strategy and she customizes advocacy tools for small- to medium-sized organizations through the Progressive Support Project. In 2008, Miller was the Democratic Nominee for Congress for Virginia’s 4th District.  Miller is currently running for the Rappahannock Electric Cooperative Board (Region VI).

Jocelyn: How did you become an organizer?

Andrea: I was born into organizing and elections.  My dad was a member of his labor union in Chicago and my uncle was an alderman.

Growing up, I went to a unique Catholic school and attended an activist church.  The Dominican nuns were very radical. People like the Berrigan Brothers came to speak to us.

I was actually trained in organizing by Cesar Chavez.

Andrea: Yes!  Cesar Chavez came to our church to lead a workshop for high school seniors and college students.  I read about it in the church bulletin and even though I was only in eighth grade, I asked if I could attend.  They said, yes!  My girlfriend and I attended the weekend training.

Jocelyn: What an amazing opportunity!  What did you learn?

Andrea: We learned that being an organizer just means having the willingness to talk to people about injustice and give them an opportunity to respond.

This was at the beginning of the Grape Boycott.  My friend and I were each assigned to a local grocery store.  Our job was to discourage shoppers from buying grapes from non-union stores or stores selling grapes harvested by scab labor.

In college, I studied early childhood education.  To gain teaching experience, I would go back to my old grade school.  The Dominican nuns were very radical.

I taught exceptional children.  To make history come alive for them, I would combine current and old stories. This was in 1967 and 1968.  We were just coming out of the Civil Rights movement.  Chicago was a union town.  At the time, a group of Latino workers wanted to organize and were being told that they couldn’t.  We weren’t paying attention to race.  These people wanted to organize and were told that they couldn’t. We thought that was wrong.

So, every weekend, two of my students and I would go down to the picket line and they would stand with me.  I had two first or second graders.  Penny had blond hair and blue eyes and Chrissy was a very fair-skinned black girl and I remember that they told everyone they were twins!

Jocelyn: What a great story!  Andrea, tell us a little about People Demanding Action.  What do you do?

Andrea: People Demanding Action is very involved in online advocacy. We run petition campaigns on a variety of issues to educate citizens and influence legislation.  I chair the People’s Budget Campaign.  We work with the Progressive Caucus to determine what’s in the federal budget.

For example, in preparation for two recent elections in North Carolina, we let Black, Native American, and Asian American voters know that they were being deregistered.

The Democratic and Republican primaries for North Carolina’s 3rd Congressional District were held on April 30th.  A Democrat won, and two Republicans will go to a second primary.  We ran voter registration campaigns before the primary because, in North Carolina, you can register and vote the same day.

We mailed 205 postcards and made 100 calls to folks in Onslow, North Carolina – a rural and very poor county with a median income of $22,000.  We succeeded in registering 62 new voters.

We also participated in GOTV (get out the vote) efforts for the Alabama Special Election.  While everyone else was mobilizing voters in cities like Birmingham and Huntsville, we fielded 43,000 phone calls into the Black Belt in ten days.

One Alabama voter let us know that our call was the first political call she’d ever received!

In 2019, we’re focused on GOTV efforts in Virginia, North Carolina, Arizona, and Colorado.

Also, Our Reclaim the Vote campaign holds weekly voter outreach training; you can get more information and sign up here.

Jocelyn: That’s great!  Tell us about the issues you work on.

Andrea: Universal Child Care is very important.  We don’t want to leave sick children at home.  Also, how can people work if they can’t pay for child care?

When I was raising my daughter, my monthly child care payment was akin to a high monthly mortgage payment.

Jocelyn: Which of the presidential candidates for 2020 excites you?

Andrea: Totally Bernie.  Bernie Sanders is the same man today that he was when he was chaining himself to a fence on the south side of Chicago.  He put his body on the line.  He’s been saying the same thing for forty years!  Nobody cares about progressive policies more than Bernie.

Jocelyn: Let me ask you the miracle question.  You go to sleep tonight and wake up tomorrow and it’s May 2020 and the miracle has occurred for Black women.  What happened?

Andrea: We all decided we were going to vote and 80 percent of candidates for state and local offices were women.  In addition, from Soil and Water to Congress, every race included a Democratic candidate.