On Reconstructing Our Racist Tax Code and Building Black Wealth: An Interview with Dorothy Brown 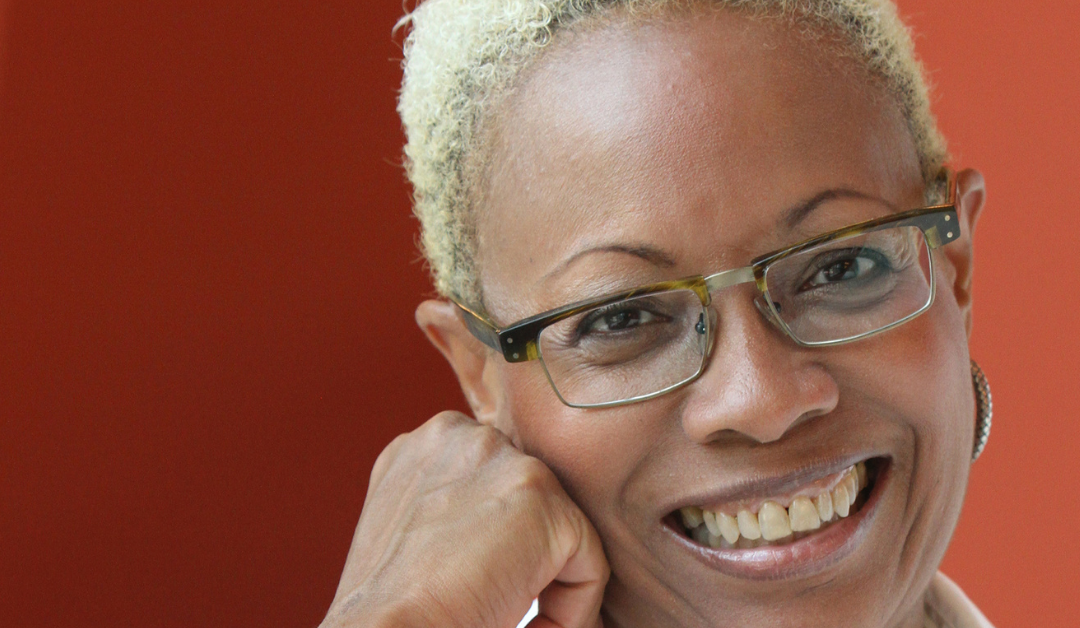 Our BlackHer Shero of the week is Dorothy A. Brown, Asa Griggs Candler Professor of Law at Emory University School of Law and an advocate for economic and social justice. Her new book, The Whiteness of Wealth: How the Tax System Impoverishes Black Americans – and How We Can Fix It, is taking the U.S. by storm.

I spoke to her about her amazing work to illustrate that there is no such thing as “color-blind ” policy and how our racist tax code can and should be fixed to help Black Americans build wealth.

Dorothy, it’s so exciting to meet you! You are crushing it. Your book has been covered in The New York Times, The Washington Post, The Atlantic, and more. It’s a critical complement to other books like The New Jim Crow by Michelle Alexander, Lower Ed by Tressie McMillan Cottom, and Race for Profit, by Keeanga-Yamahtta Taylor that explicate the ways that racism is baked into all of our systems. What are folks saying to you?

Thank you! I’ve spoken to many journalists and they seem to feel the need to confess to me that they are a little intimidated to read a book about tax. They are happy that the book is so accessible. They’re also shocked to realize that racism is baked into our tax code and that the IRS, which collects TONS of information about Americans, doesn’t collect or publish data on race.

You start the book with a story about your parents. You did their taxes for years and wondered why they were paying more in taxes than you thought they should compared with how much you – a single woman – were paying even though you had similar gross incomes. Can you say more about that?

Yes. I actually went into tax law because I assumed it would be devoid of the racism that I experienced in other places in my life. I thought that the only color I’d have to think about was GREEN. When I started doing the taxes for my parents, I realized that wasn’t true.

Black folks do marriage, college, jobs, and homeownership differently than white folks do. In the case of marriage, our tax code has long benefitted married couples with one working spouse, which has meant white folks. As I explain in this article in the Atlantic, “…Congress enact[ed] the joint return in 1948, which allowed all married couples like the Seaborns—with a husband who works in the paid labor market and a wife who stays at home—to pay less in taxes, regardless of where they lived: a marriage bonus. The joint return gave tax breaks to single-wage-earner couples, but nothing to households where both spouses worked.”

Married folks, like my parents, who are Black, have almost always both worked. They were penalized by this tax break.

A few years ago, many of us heard a news story that claimed that billionaire Warren Buffet pays less in taxes than his executive assistant, who was making about $200K per year. How can that be?

His assistant makes most of her income from her job. Her income is taxed at the regular rate which can go as high as 37%.

Preferential tax rates for income from stock are discriminatory because very few Black Americans own stock. Even wealthy Black Americans don’t own as much stock as their white peers. Income for Black Americans, which is more likely to come from our jobs, is taxed at a higher rate. It’s as simple as that.

Ugh. In your book, you also detail how homeownership and college can actually hurt Black people and how we can leverage the tax code to fix that.

College is the great un-equalizer for Black people. Sixty percent of Black students who start college don’t finish. And we are much more likely to take on debt to finance our degrees.

In exchange for their tax exemptions, I want colleges and universities to be required to publicize their graduation rates and debt loads by race.

I also advocate for a tax on every higher education institution with an endowment of $750M or more to better fund Pell Grants, which disproportionately help Black students.

Homeownership is interesting. Black homeowners do have more wealth than Black renters but the amount of wealth you can generate via equity in your home varies greatly based on the racial composition of your neighborhood. The more Black neighbors you have the lower the value of your home. Conversely, all-white neighborhoods have significantly higher home values.

If you want to live in an all-Black neighborhood or a racially diverse neighborhood, as most of us do, don’t be house poor, i.e. don’t put all of your money into your house. You aren’t going to get as much out of your house when you sell it. Instead, use some of your money to start a retirement or college savings account to diversify your assets.

I’m not going to lie. This is depressing. What can we do about it?

There is no silver bullet. However, at a minimum, we can demand that the Biden Administration instruct government agencies, including the Treasury, to disaggregate data by race. No legislation is needed to make this happen. The President can sign and enforce an Executive Order to make this happen.

Next, we can stop developing tax reform policies that don’t have a racial impact statement.

There seems to be some movement among different levers of Congress. In April, I testified in a hearing for the Senate Finance Committee, called Combating Inequality: The Tax Code and Racial, Ethnic, and Gender Disparities. Last week, the U.S. Government Accountability Office contacted me about race and gender and the tax code.

We have to learn more about who is advising the folks at Treasury on race and tax.

When the IRS DOES disaggregate data by race, what are we going to see?

Is there anything else that you want to share with us?

My other main message to Black folks is “be intentional”. In every realm of life, we are playing defense in a system that was not designed for us.

For example, when it comes to college, choose a college that has high graduation rates for Black students. This is imperative. As I mentioned earlier, 60% of Black students who start college don’t finish. These students are more likely than white students to have debt and no degree. It’s a terrible scenario. And, Black students should avoid for-profit colleges. They are expensive and have low graduation rates.

Again, when it comes to homeownership, don’t be house poor if you live in an all-Black neighborhood.

Tressie McMillan Cottom – I wish I could write like her!

Radhika Jones, the editor of Vanity Fair, is my BrownHer Shero. She is reimagining and presenting us in such an innovative way.

Kamala Harris, of course, and Ava DuVernay. In addition to her amazing filmmaking, she has leveraged her power to make inclusivity work. She created lists of people of color who work across the film industry to put to rest the “pipeline problem” issue.

Let me ask you the miracle question. You go to sleep tonight and wake up tomorrow and it’s May 2022 and a miracle has occurred for Black women. What happened?

We are paid as much as the highest earners in the office.

ON HELPING PEOPLE CONNECT TO THE BEAUTY AND BREADTH OF BLACK-LED ORGANIZATIONS: AN INTERVIEW WITH STEPHANIE ELLIS-SMITH

On Making a Difference Through Food: An Interview with Jamie Hunt