On Serving President and Michelle Obama and Making Women’s Lives Better: An Interview with Jocelyn Frye 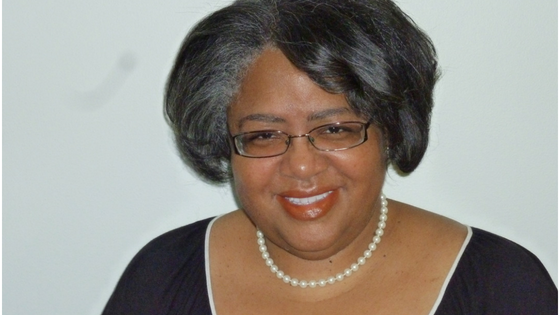 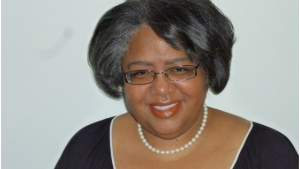 This week, we were thrilled to catch up with Jocelyn Frye, a senior fellow at Center for American Progress, a progressive think-tank. Frye’s work focuses on a wide range of women’s issues, including work-family balance, pay equity, and women’s leadership.  Prior to joining American Progress, Frye served for four years as deputy assistant to the president and director of policy and special projects for the first lady, where she oversaw the broad issue portfolio of the first lady, with a particular focus on women, families, and engagement with the greater Washington, D.C., community.

Angela: You’re a lawyer by trade.  How did you end up in public policy?

Jocelyn: I’ve wanted to be a lawyer since I was in 4th grade.  I don’t think I really understood what lawyers do but I knew it was a way to ensure that people are treated fairly.

When I came to law school, I thought about working as a prosecutor in the District Attorney’s office, but I eventually ended up working at a law firm. While there, I did some pro-bono work, providing direct service in one-on-one relationships with my clients. The work was really important, but I realized that as I was solving one problem for my clients, they actually had ten more that needed attention. I wanted to have a deeper impact.

I then landed at the Women’s Legal Defense Fund which is now the National Partnership for Women and Families.  I was there for almost 16 years, and that is where I became passionate about public policy work.

I started as a staff attorney and ultimately became the General Counsel.  Throughout my time there, my work focused on exploring the different ways to use the law as a vehicle for creating broader social change.

This is what working in public policy enabled me to do.

Angela: That’s fascinating.  Is the National Partnership for Women and Families where you developed your interest in working on women’s issues?

Jocelyn: Yes.  I had done some pro-bono work in this area and have always been interested in civil rights work in general.  I also thought that I might want to pursue education policy.  But the job I took at the National Partnership focused on equal employment opportunity and workplace fairness.  This became my love.

Angela: So, what are some of the critical components of a Black Women’s Policy Agenda.

Jocelyn: In my mind, there is a constellation of issues and policies that need to be advanced.

First, there are economic issues.

So many Black women are heads of households. And, we struggle with lower wages and higher unemployment.  There is a real issue of job mobility.  How do we move to better jobs and increase our incomes?  It’s still so hard for so many folks to make ends meet.

Angela: My sense is that even Black women in “professional jobs” are struggling.

Jocelyn: That’s right.  It’s expensive to live well in many cities.  You have to make a lot of money to truly have the ability to do what you want to do.

In addition to improving the economic well-being of Black women, there is a constellation of issues around caring for our families.

From addressing our healthcare needs to reproductive rights to having doctors who are responsive to our needs, Black women need more support.

There are also a whole set of policies related to caring for family members, including elders or siblings.  This work often falls on Black women.

Finally, I think the third very important area of policy that we must address has to do with leveraging the power of our votes.

Jocelyn: This is not a new issue but Black women don’t get a good return on investment from our civic participation and engagement.

Policymakers aren’t as responsive to us as they should be.  And this extends to the public sphere.  Even though there is a lot of talk these days about the important role Black women play in electoral politics, I worry that for too many policymakers it’s just a fad.

We need to connect the dots for our politicians, e.g. when we vote for you, we expect you to do A, B, and C.

Angela: Yes!  We have been talking a lot at BlackHer about the need for a clear set of priorities that Black women can get behind and share.

There is also the challenge of “issue literacy.”  How do we make it easy for Black women to understand the key issues at stake in every election so that they can choose candidates with shared values?

Jocelyn: You’re right.  There are a lot of groups doing great work on developing policy agendas that support African American women.  We need the communications expertise and media savvy to distill these ideas and make them digestible and concrete for the people we support.

Angela: You worked in the Obama administration as deputy assistant to President Obama. You also supported initiatives led by FLOTUS as director of policy and special projects.  Did that administration communicate well about serving black people?

Jocelyn: It was helpful that I joined the administration after being an advocate for so many years because I believed that I knew something about what economic and policy issues could best help people improve their lives, particularly women.  One of the things I realized, however, is that once you are in the administration you can no longer just be an advocate.  You must do the hard work of governing.  And you aren’t thinking solely from an advocacy perspective.

We heard a lot of great ideas about how to make progress during the Obama administration and we advanced many of them.

But we were also dealing with the daily assault of a regressive, partisan opposition that was deeply obstructionist. So, we could not make progress on every issue that we thought would help the American people.

People look back and say we should have done X, Y, and Z.  But that’s not a very helpful exercise.  Are there ways that we could have been better?  Of course.  But I also think that the administration was responsive.

Also, the Administration’s goal was to serve the country.  To serve the most people in the limited time we had.  Not just to serve one demographic.

Angela: What about addressing racism head on?

Jocelyn: It’s an important question.  I think we grappled with this issue in different ways.  You have to be thoughtful about when to target specific groups and when to tackle issues more broadly.

On the other hand, I do think that the persistence of racism is something that must be addressed and that no one is doing that well.

Jocelyn: Well, we know that racism is a contributing factor in so many issues that are perceived as “non-racial”.  It is the elephant in the middle of the room. So, why not deal with it?  Ignoring it won’t make it go away.  But it’s a challenge that requires dedicated work over a period of time.  At times, I worry that the public just doesn’t have the stamina for this work.

Jocelyn: No. White and Black.

President Obama did try to address racism.  After Trayvon Martin was murdered.  After the Dallas Police Officers were murdered.  He used both of these terrible moments as an opportunity to have a national conversation about the pernicious effect of racism in our lives, but there was always such a backlash.

Angela: You also worked closely with First Lady Michelle Obama.  What can we learn from her?  What is her legacy?

Jocelyn: I think we are still writing that story.  I think we are just coming to realize what she meant to us.  She is truly transformational for so many people.

Jocelyn:  Being First Lady is one of the hardest roles.  Because there is no roadmap.  You’re the spouse of arguably, the most powerful person on earth.  And people want so much from you.  They want you to embody feminine ideals.  They also want you to be a modern woman.  Finally, you’re also an additional voice for the president.

I think she was skilled at understanding what that balance was all about.  Especially when it came to using her role to advance issues, she was very thoughtful.  She sought to be strategic and impactful.

Let’s Move is a great example of a campaign that folks still talk about.  And she’s done so much work around getting kids to and through college.

Angela: I think she did all of those things well.  But her most important contribution may be getting Americans to think differently about Black women. She broke down stereotypes about us.  She enlarged America’s concept of beauty and elevated our understanding of what it means to be a woman.

For so many Black women, she affirmed our beauty and our womanhood.

Angela: What should Black women know about your current organization – Center for American Progress?

Jocelyn: We’re trying to add to the body of work around progressive policy ideas that address the needs of all women and especially Black women.

We want to advance a deeper understanding of the challenges confronting Black women and other women of color and be a leader in the progressive movement.

It’s tough because the words, “progressive” and “liberal,” too often have been coded as White.

We’re working hard from both a mission perspective and internally to broaden that definition and challenge that assumption.  We do that by pushing against the public notion that progressive ideas are white ideas and by being responsive to the diverse experiences that people have in our country.  We’re also doing that by looking at who’s at the table in our movement and in our own organization.

Racism is a systemic issue.  It’s woven into the fabric of our institutions and social lives.  We have to work hard to address it and we also have to have a vision of a different type of organization and society.

Who do we want to be? What does that mean/look like?

Angela: Let me ask you the Miracle Question.  You go to sleep tonight and wake up in the morning and it’s August 2019 and the miracle has occurred for Black women.  What happened?

Jocelyn: There has been a complete abdication by this administration and they’ve been replaced by a new voice and face and different gender in leadership.  And the new administration is committed to changing how we do business.

We’re also convening women and women-led – especially women of color-led – organizations and we are talking about what we need to do to move forward as a country.

Finally, since there is only so much that government can do, we’re also working on ourselves internally.  As Black women, we just feel better about ourselves.  We’re happy with who we are and what we have.

This could drive miracles.

Follow the 3 V’s: Vote, Volunteer and GiVVVe this election season!

Ain’t I a Woman