On Supporting and Electing Black Women: An Interview with Ruby Powell-Dennis 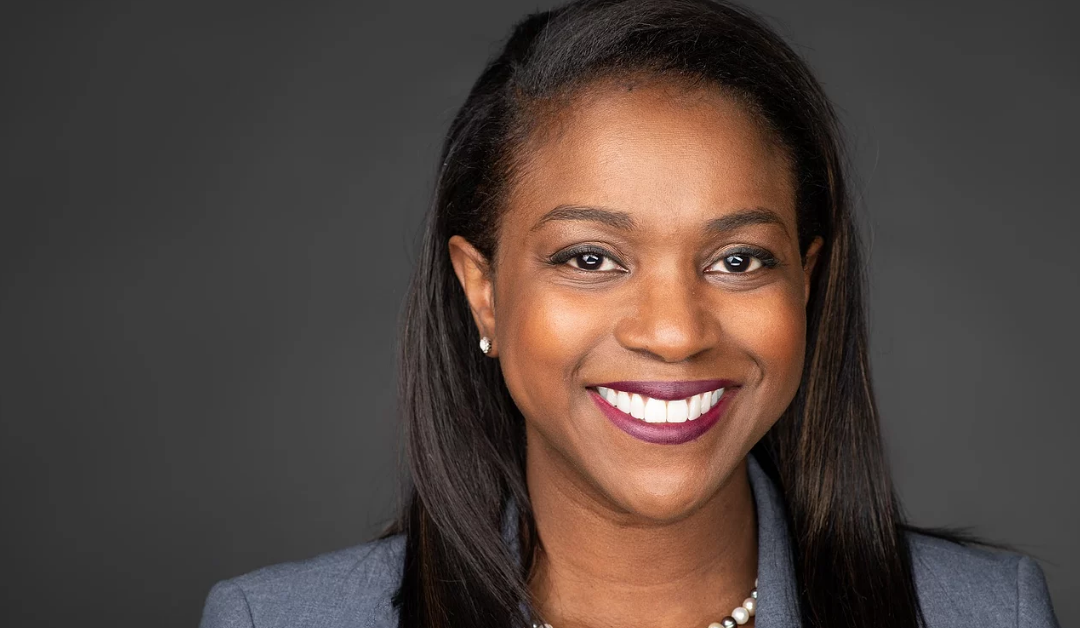 Our BlackHer Shero of the Week is Ruby Powell-Dennis, executive director of Elect Black Women PAC and a former candidate for State Representative (District 97) in Tennessee. I believe it was fate that brought Ruby and me together just a few days before Election Day. Like a lot of us, I’ve been anxious about November 3rd and worried about the future of our democracy. Ruby’s enthusiasm is infectious; she is a ray of light in what feels like a scary, dark time. And after talking to her, I was reminded of a truth I have always known: Black women are the heart and soul of our country and the democracy defenders that will transform America—on Election Day and beyond!

Thank you for your time, Ruby. I’m so excited to talk to you. Can you tell us a little about yourself?

I am a third-generation educator and grew up in rural Louisiana. David Duke had one of his campaign headquarters in my hometown. I learned a lot about personal safety as a Black person before I learned about a lot of things. Navigating systemic oppression was very much a part of my upbringing. My parents integrated their respective workplaces and were very candid,  never hiding their struggles. I learned from them that education is the path to change for Black people.

I was lucky enough to get a full scholarship to the University of Florida for my undergraduate degree. While there, I encountered kids with trust funds.  My classmates would go on to serve in elected positions in Florida and at the federal level. I knew I had a lot of agency and a lot of education for a Southern Black girl, but I didn’t know a lot about the rest of the world—power, privilege, wealth, and how a capitalist society functions.

How did you get your start in politics?

I was an active student leader but when I finished at the University of Florida, I was too broke to go into politics! While my friends got jobs on the Kerry-Edwards campaign, I took a job at the Ritz-Carlton in Atlanta. It was another introduction to capitalism. I’d see Michael Jordan and pro-football players coming in. And the nagging question on my mind was, “Why don’t other Black people have access to this?”

A group of friends called me and introduced me to The New Teacher Project (TNTP). That’s how I ended up in Denver. I worked staffing the hardest to staff schools in the far northeast of the state. Denverites brag about having a high number of PhDs per capita but they have the same high school graduation rate as Memphis. It was a different side of the same coin. I saw issues that impact Black people in the South playing out with immigrant populations. I also saw a lot of anti-Blackness. Walking around the streets of Denver, I got called the n-word more than in the South!

Through my education reform work, I realized that our system dehumanizes poor people—the people who pour sweat equity into our economy and drive this machine. COVID-19 has laid bare the inequalities they face.

When I was able to make the pivot out of education into supporting candidates of color, it was the first time I felt like I could take all the things I’d been ruminating on for decades and bring them together for candidates in the South, particularly Black women. My goal is to affirm our existence, and the challenges we may not always have the language to articulate, but know all too well.

What did you learn from your experiences in politics?

I saw the misogynoir that even Black men project toward Black women. Some of the most egregious sexism in education reform and politics is from Black men, directed at Black women.  I also realized that in order to access funding, many Black women candidates have to coddle up to the oppressor. We just aren’t well-positioned enough to dismantle systems and structures that prevent access. Finally, institutional oppression and systemic racism keep evolving. We need a different goal than wanting the same level of power and influence as those who oppress us.

So much of what you said deeply resonates with me. And I’m curious to know what made you decide to run for office, and would you run again?

Yes! If the right opportunity opened at the right time, I would run again. I take the opportunity to serve seriously. When I think about my life and legacy, I want it to be in service to those in our community.

Even as an undergraduate, I knew I wanted a career in electoral politics. I was confident I had the chutzpah to be a candidate—because I’m never scared! I also knew I had to be able to stand up to scrutiny as a dark-skinned Black woman from the South who didn’t come from money and didn’t have a family name. I spent 17 years building my career, serving, and analyzing the issues. I knew it was time for me to run once Trump was elected.

Other folks didn’t know how much of a train wreck he would be, but I did. I’ve lived in communities led by men like him. I’ve seen how school districts go bankrupt, how jobs are lost and the rich keep getting wealthier. I started getting ready to run for office in my third trimester [of pregnancy]. I got involved with the National Women’s Political Caucus and then I did the Emerge program. I was so pregnant [with my son], my husband had to drive me to training all over the state. The only one I missed was in February of 2019 when I gave birth to my son!

I didn’t know what I was going to run for, but I wanted to be ready. Then the state representative for my district announced he was retiring, and I said, “This is it.”

I came in second in the primary with 26% of the vote, ahead of the guy who ran for the seat and actually won the primary in 2018. This proves that people are finally open to looking at new candidates, especially Black women. You no longer have to be in a Democratic stronghold with Black people as a base to win.

Amazing! What are you working on now?

After I ran, the people who supported my campaign said, “You need to start a PAC!” In my primary, we raised $75,000, which is unheard of considering it was a statehouse race during COVID-19.

We were also the first statehouse race to run an aggressive digital campaign in Tennessee. Some of the other PACs doing similar work to elect Black women are great but they only focus on executive-level offices. Those candidates have to be running in large cities, or for Congress, and you have to be viable in order for those organizations to endorse you. But that leaves out a slew of folks.

The biggest reason that Black women are underrepresented in electoral politics in the South, is that no one is going to go to a church basement in rural Mississippi and work with five Black women who want to run for office. People are not interested in training poor Black women unless they pay money to show up at the big organizations. They want to catch candidates when they are already on the up. I want to work with candidates that nobody will ask to run for office.

Years ago, I talked to Marquita Bradshaw (the current Democratic candidate for U.S. Senate in Tennessee) when she was doing environmental justice work and wondered why she wasn’t in anyone’s leadership pipeline. Years later, I bumped into her and asked her to do a training program for potential candidates. She reluctantly agreed. When she told people at our first meeting that she was running for U.S. Senate, people laughed at her. They said no one would ever back a Black woman from South Memphis, who is underemployed and talking about environmental issues. I became her first major donor. I said, “If I don’t back her, who will?” Later, I became her pro bono campaign manager. She wasn’t endorsed by any of the major organizations. And yet, she won the Democratic Primary and is now the first Black woman to win a major political party nomination in a statewide race in Tennessee!

Elect Black Women is about finding the next Marquita. She was a caretaker helping her disabled uncle. She’s been transparent about her financial struggles. We need more Black women in electoral politics like her– women who are used to being last but understand that we need to make policies and create systems that benefit everyone. Elect Black Women exists so that if a 45-year-old Black trans disabled woman from Itta Bena, Mississippi wants to run for office, we can endorse her. We will phone and text bank and send her some money.

You don’t need to have a law degree from Yale to be able to make change.

That is so inspiring. Let me ask you the Miracle Question. You go to bed tonight, wake up tomorrow, it’s November 2021 and a miracle has occurred for Black women. What happened?

When I was pregnant with my daughter, in my third trimester, I fell and broke my foot. They put me in a boot. This was right before the Congressional Black Caucus (CBC). I went to CBC anyway, on a scooter! It was the first and only time in my life I understood white privilege. When people saw I was pregnant and that I was overcoming a physical disability, they treated me differently. They paid for my meals, were concerned about my health, and asked if I had what I needed. They let me move to the front of the line and left the handicap stall open because I needed it. They opened doors for me. I want all Black women, no matter their background, skin color, connections (or lack thereof) to have doors opened for them.

On Changing the Narrative Around and Advancing Health for Black Women: An Interview with Natalie Burke

On Closing the “Double Gap” for Black Women and Communities: An Interview with Michelle Holder