On Taking Practical Yet Bold Steps to Save Our Democracy: An Interview with Kat Calvin 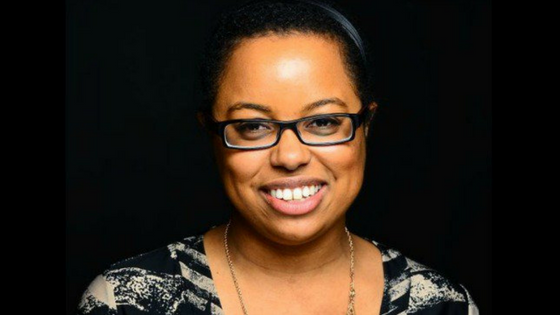 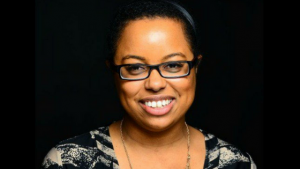 This week, we were thrilled to catch up with Kat Calvin, founder and CEO of Spread the Vote, a nonprofit that obtains government-issued photo IDs for eligible voters.  Calvin is building a scalable and sustainable way to help voters get the IDs they need for a job, housing, voting, and more – 365 days a year PLUS election day.

Me: Tell me a little about the when and why of Spread The Vote.

Kat: After the court ruled that part of Shelby County v. Holder was unconstitutional, namely that states don’t have to “obtain federal preclearance before implementing any changes to their voting laws or practices,” we saw a wave of restrictive voter ID laws passed in the states.

And then after the election, I knew we were in a state of emergency.

I’m one of the most practical people on earth.  If you can’t show it on a spreadsheet, it doesn’t count.

To me, the opportunity was obvious – get people IDs.

Kat: IDs are all about full access to citizenship.  And there are 21M eligible voters in America who don’t have them.  We knew that IDs would become critical for full enfranchisement.  The surprise has been learning how important IDs are for other aspects of life like getting a job, getting housing, etc.

Me: This may sound weird but it seems like IDs are also a form of personal pride.  In one of the videos on your site, one of your “customers” talks about how he feels “less naked” with his ID.  That touched me.

Kat: That’s right.  This one little card can open crucial new opportunities and access for people.

Me: What kind of success have you seen thus far?

Kat: Our model at Spread The Vote relies on building an army of volunteers.  And I’ve been thrilled at how many people have stepped up to help.  I put out a tweet asking for help and amazing volunteers appeared.

Kat: We’re big on data and built a digital intake form and database with the awesome group Ragtag when we first started. We just hired a Research and Data Director to help us build a whole research and data department.  I’m super excited about that.

Me: Talk to me a little about scale and growth.  What does that mean for you?

Kat: It’s interesting because I was recently chatting about this with a prospective funder.  Getting IDs for folks is hard work.  There is paperwork to track down and file.  We’re not trying to change the rules about how IDs are procured, we’re just trying to get it done.  That means working within the current system.

So, with 21M folks who need them, we needed to think hard about how to get to scale.

We are tracking the number of IDs we’re helping people to procure but we’re also evaluating our success based on how quickly our infrastructure can scale.  For us, scale is as much about how quickly we can put this infrastructure in place as it is counting new IDs.

Kat: We are building a 50-state organization to last.  That means training volunteers in every state. We bring volunteers together to teach them everything they need to know about getting IDs.  Next, we partner with a local organization that serves people who do not have IDs and we work with them to pair volunteers with folks who need help.

Me: Smart.  I imagine that this infrastructure and these relationships can then be used for other purposes.

Kat: Exactly.  It’s similar to the model that Indivisible has used and grown so successfully.

Me: They are like the train-the-trainers and also provide the backbone support – money, policy guidance, communications, etc. that local groups need.  But it’s the local people who OWN the movement.

Me: We haven’t talked yet about the specific role and priorities of Black women in this time and movement.  Tell me how you think about that.

Kat: When we talk about IDs, we are talking about race but we are also really talking about class. Even when I’m in spaces where everyone is Black, I’m aware of how we are divided by class.  For example, when I speak in privileged spaces, I always say, “I’m 100% certain that all of you have IDs on you right now. But there are millions of Black women in this country who do not.  They don’t have access to the things we take for granted.”

Me: It’s always painful to remember that 29% of Black women are living in poverty today in the U.S.

Kat: Exactly.  And if we build a movement that is, for example, all digital or all paperless, we’ll miss millions of Black women.  Much of the progressive movement is built for an educated class of Black women.

I’ll give you a simple example.  When our chapters host election education dinners, we print election guides, we bring dinner, and we provide transportation.  That is what it takes for many people to participate.

Me: Who inspires you?  Where did/do you get your heart for justice?

Kat: A lot of people. My mother and grandmother mostly. When I’m looking at how we get through our current situation in this country I think a lot about Ralph Nader LOL. I re-read the Ralph Nader Reader a lot.  Nader is a genius when it comes to making an impact through policy.  He’s been telling us for decades that we need to be in our Congressman’s office every week.  We have to actively participate in our government to create the world we want.

There are so many people protesting these days but it’s not enough.

What are we doing other than marching?  The protests are just one part of a larger strategy.  We have to learn from past movements. And we have to think beyond that now. What are we doing now to help people survive?

Me: Do you think it’s come to that? That we are fighting for survival.

Kat: I do.  I think we (progressives) are way too late to the game.  I’m one of the most cynical people on the earth.  But I do think that the 2018 midterms are our democracy’s last gasp.  If we win, it will slow down the crazy and give us more time to fight.  If we lose, I think we all know how things will go.

I was listening to Jeffrey Toobin yesterday talking about the Supreme Court.  Even if we can get a more moderate justice on the high court, the states already have so much power and will use it to advance conservative interests.

Kat: We got way too comfortable under Obama.  And let’s face it, structural racism is so much harder to fight than overt racism.  And the former is the real enemy.

Me: Let me ask you the Miracle Question.  You go to sleep tonight and wake up in the morning and it’s July 2019 and the miracle has occurred for Black women.  What happened?

Kat: We’re not in work camps.  We’re not in Gilead.  Black women always suffer the most.  And so many of us are hanging on by a thread.  We’re already dying in childbirth at higher rates than we were during slavery.

If next July 4th, we’re all still here.  If Black women are alive and have jobs, that’s the best I can hope for, for now.

#BlackWomenCall: Use These Tips to Show Your Representatives Who’s Boss