On Telling the Real Story of the Atlanta Public Schools Teaching Scandal: An Interview With Jodi Gomes 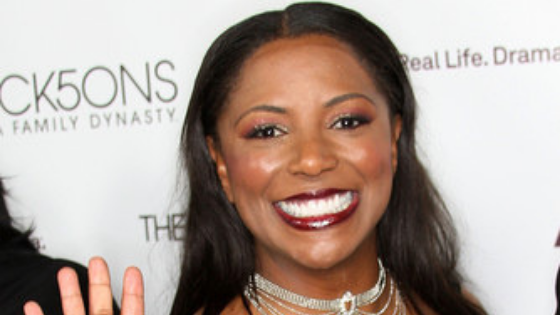 Our BlackHer Shero of the week is Jodi Gomes, owner of Point 7 Entertainment, and executive producer of the new documentary – One Child Left Behind: The Untold Story of the Atlanta Teaching Scandal. Gomes is known for her work on The Jacksons: A Family Dynasty (2009), Married to Medicine (2013), and Laffapalooza (2003).

Jocelyn: How did you become a filmmaker?

Jodi: After high school, I went right to Los Angeles.  I went to college at Loyola Marymount University.  I chose that school because I wanted to major in TV and film.  I wrote my first script when I was a freshman.

I applied for an internship that was organized by the school.   It was to work in the writing department for a small production company.  I wasn’t really doing much.  I was just shuffling papers.  But one day, I gave the script I had written to an executive and he got it to Eddie Murphy.   I was hired to work at Eddie Murphy Productions.

I cut my teeth in Hollywood.  While I was there, I also met Tom Lynch.  He’s not African American but his company is where I received my first credits as a development executive and producer for the Emmy-winning Nickelodeon series “The Secret World of Alex Mack”. I also ran Magic Johnson’s TV Entertainment company.

After that, I decided that I wasn’t going to work for anyone else anymore.

That’s when I started Point 7 Entertainment.  I stepped out on faith.  My sister and I sold two TV projects and one made it to production.  We also bought a couple of radio stations, which we later sold for 7 times the purchase price.

Jocelyn: Wow!  What an amazing story.  Your new project is One Child Left Behind: The Untold Story of the Atlanta Teaching Scandal.  Help me understand the title.  So many children have been hurt by President Bush Jr.’s devastating testing bill.  Why focus on one?

Jodi: One child is a play on no child left behind.  We found one young lady.  She was 19 years old and was a rising 11th grader struggling to graduate.  She was a victim of the cheating scandal.  But the title is also a reference to the fact that the challenges in Atlanta schools started long before the cheating scandal and were an outgrowth of high-stakes testing that was put into place via the No Child Left Behind Act.

That’s the greatest message of the film and the issue we are trying to address.  Why is cheating going on in the first place?  What is the root cause?  Because it didn’t just happen in Atlanta and it continues.  It’s going on in Washington, DC, Chicago, and throughout the state of Texas.  Our film is a cautionary tale about the perils of high-stakes testing and its impact on disadvantaged students and schools.

Jocelyn: Can you say more?

Jodi: Standardized testing is biased.  It doesn’t account for the socio-economic disadvantages that some students face.  A privileged child from Beverly Hills is not going to test the same as a child from a neighborhood with limited resources.

One of the admitted cheaters told us that he felt that he had two options – educate or teach to the test.  He chose the former because 80 percent of his students were not reading on a second-grade level.  He said, “I educated the kids, but I also cheated to pass the tests.  I knew it was immoral, but I didn’t know that it was criminal.”

Some Atlanta newspapers were calling the cheating scandal the worst “black on black crime” in decades.

Jocelyn: That sounds like simplistic framing.  When I watched your trailer and saw the mug shots, it felt so familiar.  Black folks are often villainized before a trial ever takes place.  As a filmmaker working in a racist society, how do you navigate the imperative to tell truthful stories while not reifying racist stereotypes?

Jodi: It’s a good question.  I do get conflicted about that.  For example, I worked with the Michael Jackson family after his death.  His doctor, Conrad Murray, got three years in prison for a “black on black” crime.  These educators were looking at upwards of 30 years in jail.

LaDawn Jones, who wrote Cheating but Not Cheated: A Memoir of the Atlanta Public Schools Cheating Scandal said that the teachers had no choice but to take a plea deal because they had been tried by the public.  But again, that wasn’t the whole story.  They did a lot of teaching not just testing and that was overlooked.

Jocelyn: I can’t help but think about how different the Atlanta cheating scandal seems to have played out compared to the recent Varsity Blues scandal.

Jodi: That’s right.  I remember when the first stories about the $500,000 that Lori Loughlin had spent on two tests were reported.  I thought, I never saw her mug shot on tv.  We never saw Felicity Huffman’s mug shot either.  This was such a stark contrast to the way that the teachers in the Atlanta scandal were portrayed.  Their mugshots saturated news coverage.

Also, collectively these teachers were paid $3,500 in bonuses and yet, they were still charged with RICO (Racketeer Influenced and Corrupt Organizations Act).  These are the same charges brought against the mafia.

Clearly, the teachers were being treated this way in part because it fits a narrative about the “criminality of Black folks.”  The press made them into monsters and criminals.

Jocelyn: It’s such a distressing and complex story.  At the end of the day, why did you tell it?

Jodi: I’ve worn many hats but at the end of the day, my main job is to tell great stories.  Stories that are unique and provocative.  I tried to do that here.  I also did this with the Jackson Family docuseries.  I wanted to poke holes in the dominant narrative.

I want the message of the film to be spread nationwide because what happened in Atlanta is not an anomaly.  We need to look at the root cause to understand the impact of and rationale behind high-stakes testing.

The prosecution in the Atlanta cheating scandal wasn’t just or even primarily about children.  The reaction to the cheating was politically motivated.  The fact is that a Black woman controlled the $50M budget as superintendent of the Atlanta schools and Georgia Governor Purdue was fighting to control that money.  She had full power and he wanted it.

The Atlanta cheating scandal is also about the control of public education funding in the US. 85% of US children attend public schools.  There are some folks who want to redirect funding for the education of these children to for-profit charters.  Creating a culture of high-stakes testing was a way to do that.

Jocelyn: This story and your message are so important.  How can we see the film?

Jodi: Right now, we’re on the festival circuit.  We’ve been showing the film in different markets.  Our goal is to sell it to a distributor so that we can reach a much broader audience.  But you can check out the extended trailer here.

Jocelyn: At BlackHer, we often talk about the fact that for Black women, our voices are our power.  What advice would you give to other Black women who want to be storytellers like you?

Jodi: I would give this advice to other Black women.

First, never give up. Be tenacious and fearless.  In Hollywood, you will hear far more nos than yeses.  Second, find a mentor or someone who will let you shadow them.  You do this by knowing who is doing real work and by picking up the phone or emailing.  Insert yourself and reach out to folks at the highest level.  When I was younger, I always kept my resume on me so that when I ran into someone I could share it.  You can also use social media to reach out to folks.

Jocelyn:  Who are your BlackHer Sheroes?

Jodi: Michelle Obama rose to a level that is hard to define.  I looked for a Black female mentor for a long time.  She wears so many hats and she does it so gracefully.  It would be interesting to tell her full story and the story of the Obama family in the White House.  They experienced ten times the scrutiny that Africans Americans already face and I’m sure that they saw the worst of the worst.  It would be so interesting to see the world through their eyes.

Jocelyn: Let me ask you the Miracle Question. You go to sleep tonight and wake up and its August 2020 and a miracle has occurred for Black women.  What happened?

Jodi: We have the same power and influence that white men have.  This has created change all around the globe and has restored humanity.

Ida B. Wells: The Princess of the Press

On How Young People Are Moving an Agenda to Make America Better: An Interview with Tiffany Loftin