On the Power of Public Policy to Change Lives “Millions at a Time”: An Interview with Natasha Murphy 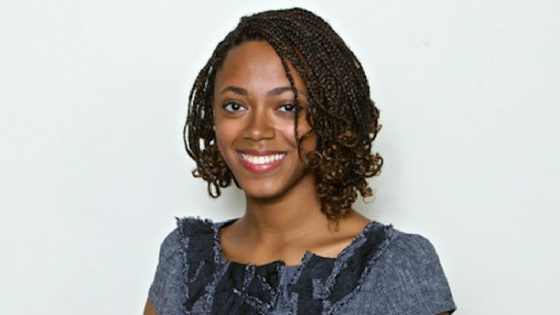 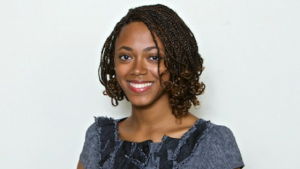 Building our personal, economic and political power by getting educated and organized and taking action for progressive change, that’s what we’re all about at BlackHer!

This week, we were thrilled to catch up with Natasha Murphy, deputy director of advocacy for Black Girls Vote (BGV), a nonpartisan organization designed to represent the concerns and interests of Black women.  Their mission is to inspire women of color to use the political process to improve the quality of life for their families and the collective community.

Me: It’s so great to finally meet you, Natasha!  Tell us a little bit about Black Girls Vote and your role as deputy director of advocacy.

Natasha: Black Girls Vote is all about voter engagement, mobilization, and registration.  We started in 2015 and since then have registered 16,000 voters in greater Baltimore.

Natasha: We meet people where they are versus going to traditional voter registration drives.  For example, we did a tailgate party to register voters who attended the Beyoncé concert at the M&T stadium in 2016.

Me: Smart.  It’s like Wakanda the Vote, which registered new voters on their way to see Black Panther.

Natasha: Yes.  In 2016, we also partnered with salon owners to collect umbrellas and rain ponchos ahead of the primary election.  Many voters won’t go to or stay at the polls when it rains and we wanted to remove that barrier by having rain gear on hand.

Me: Tell us a little about your role as deputy director of advocacy.  What does that mean and what do you do?

Natasha: When the legislature is not in session, I spend a lot of time monitoring policy, doing research, and staying abreast of what is happening at the federal and state level.

And, as our name implies, we’re particularly focused on looking at these issues through the lens of what is best for Black women.

I also do a lot of content development.  For example, I help develop materials for our BVG Pop-up Voter Registration Events.  These are one-pagers that help voters understand the issues.  We try to provide voters with a clear and short overview of the issues.

Me: I love that.  We’ve been talking a lot about the need for more accessible educational material to inform Black women.  Like you, we want to offer folks a clear and digestible overview of the issues at stake.

Natasha: It’s so important to make that translation.  When I wrote my first economic development agenda, I received feedback that it was too complex.  My colleagues said, “this is not going to make sense to anyone who is not an economist.”

They were right so I modified the piece.

Me: Haha!  It’s so important that we get educated on the issues but no one is going to read a 25-page policy paper.

How did you get into policy advocacy?  When did you realize this was your call?

Natasha: My real passion is healthcare policy.  I remember reading Gifted Hands by Ben Carson in third grade and it really spoke to me.  I thought I would pursue medicine but then I realized that chemistry is not my thing.

Natasha: So then I discovered the power of public policy.  I got my master’s degree in public health from John Hopkins and I love their motto “saving lives millions at a time.”  I realized that working on health policy is a powerful way to make change for so many people.

From there, my interest in public policy extended to other areas and issues.

Me: I love that.  We talk a lot about the critical role that systems and structures have on our lives.  How do you explain the important role of policy to folks who don’t get it or think that only personal improvement matters?

Natasha: When we go out to register and talk to folks, we hear this a lot.  People say, “I don’t vote because it doesn’t matter.”  “They’re never going to change.”

One of the best ways we’ve found to counter this narrative is to learn more about the one or two issues that person cares about.  From there, you can usually find the thread from their passion into policy change.

Me: That’s so smart.  A’shanti Gholar, who is also a BlackHer shero, also talked about making the connection between issues and policy.

Natasha: You’ve got to frame it in a way that matters. And people do care deeply about what is going on in their community.  For example, here in Baltimore, folks care a lot about public education and public safety.

I tell folks, someone is making the rules about how your community is being policed.  And you have to follow the rules and accept the consequences of breaking them, regardless of whether or not you engage in the political process.  So, why not get engaged so that you can be part of the rule-making process?

Me: Do you have political ambitions?  Natasha, when are you running for office?!

Natasha: I do. But not as a candidate.  Within BGV, my nickname is Secretary Murphy.  I aspire to be Secretary of Health and Human Services.

I want to work on the regulatory side of things.  People don’t realize how powerful regulatory change can be.  Sometimes, just changing a small rule, can, for example, unlock millions of additional dollars in funding for people.

Natasha: I prefer to lead from behind.  Several of my friends are running for office in Baltimore right now and I’m happy to help by writing a one-pager, staffing early polling sites, doing last minute canvassing, etc.  I’m also a great evangelist.  I don’t have a car so I’m always taking Ubers and bugging the drivers about getting out to vote!

Me: That’s great. When you are a regulator or senior government official, what will be on your Black women’s economic empowerment agenda?

Natasha: Angela Rye recalled a conversation with former Congressman Charlie Rangel the other day and I was impressed with what he said.  He said that as one of the founders of the Congressional Black Caucus Foundation, he wished that he had focused more on economic vs. social issues.  He said, “Economics tells the true story.”

Me: Amen.  Angela Dorn, co-founder of BlackHer, and I talk a lot about how economics drives all other outcomes – healthcare, education, even imprisonment.  It’s unbelievable and untenable that there are so many people in jail because they cannot afford bail.

Natasha: It’s true.  Back to the agenda.  Black women are the fastest growing group of entrepreneurs in our county but, as you know, we need access to good capital to grow our businesses.  Access to capital would be central to my agenda.

Next, I’d like to see the public and private sector provide more procurement opportunities for Black women-owned businesses.  There are 20-year contracts available that would be a huge boon to any business.  We need the ability to bid on these.

Finally, I’ve been thinking recently about our impending retirement crisis.  I think about my grandmother.  She’s 94 and outlived two husbands.  We have to create savings incentives and ensure that more women have access to good savings vehicles.

Me: Who are you BlackHer Sheros?

Natasha: I love Valerie Jarrett.  I heard her speak during my first weeks at Howard.  She is the perfect example of a behind-the-scenes player who had a big influence on the policy-making process.

And, of course, there is Shirley Chisholm.  She thrived even in the face of intense racism and misogyny.  I admire her willingness to be her true, authentic self.

Me: Let me ask you the Miracle Question.  You go to sleep tonight and wake up in the morning and it’s June 2019 and the miracle has occurred for Black women.  What happened?

Natasha: Instead of just paying lip service to the pivotal role of Black women in saving America and winning elections, people are actually paying us what we’re worth.  The talk is translating into action around equal pay and access and more.

Black women just need to be in the room.  Once we get in the room, we’re going to kill it.