On the Role of Identity in Creating Better Policy: An Interview with Leslie Herod 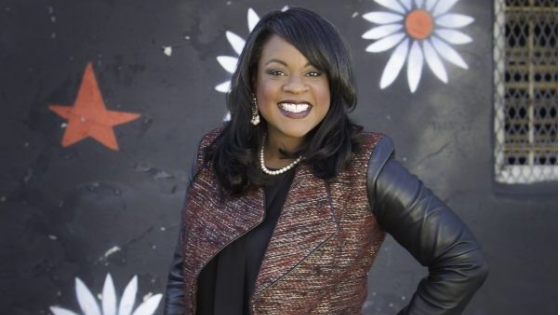 Our BlackHer Shero of the Week is Leslie Herod, a state representative for Colorado. Representative Herod is the first African American LGBTQ candidate elected to the Colorado State Legislature.  Her previous political experience includes serving as deputy political director for President Obama’s reelection campaign in Colorado.  She is also a co-founder of New Era Colorado, the state’s leading organization focused on the engagement of young people.  Finally, she served as president of Colorado Black Women for Political Action.

Jocelyn: Leslie, you won office in 2016, two years before the “blue wave.”  What was it like being elected the same year that Trump became president?

Leslie: Surreal. There are two strong undercurrents in America right now – one that feels threatened by accelerating demographic and social change, and one that is pushing for real representation, for politicians that look like them and reflect their values. And so, I was elected as the First LGBTQ African American in the legislature just a few hours before Trump was elected President – a man who wants to return America to the 1950s where someone like me would never have been elected.

That’s when I realized we had a lot of work to do and that the work would look very different.

Leslie: In some ways, those two undercurrents mixed in my election. I ran against a straight, white man in a majority white district.  Many of the voters in my district are older, white Coloradans, but I built my own path to victory and won broad support from all the communities in my district.

Jocelyn: How did you do it?

Leslie: We knocked on every door five times!  We also utilized social media in a way that hadn’t been done before.

One of the things that I liked most about my campaign is that every Monday, we highlighted an individual that I’d met on the trail.  We called it “Meet Your Neighbor Monday.”

We shared a person’s story – what they cared about, what worried them, what inspired them, the change they hoped to see.  And we didn’t just focus on people who had already decided to vote for me.  We just told real stories of real people.  It made a significant difference.

At the end of the day, even though I was outspent by my opponent because he was able to self-fund his campaign, I still won.

Jocelyn: That’s great!  Leslie, you are open about your identity as a Black, gay woman.  How did “identity politics” help or hinder your election?

Leslie: I look at my identity as a strength.  I believe that being true and authentic to myself is what gives me my power.  I’ve always run as an out woman.  I never hid it.

I will say that there was one time during the campaign that I worried that my intersectional identity might cause a problem.

My campaign was endorsed by the Victory Fund and the Greater Metro Denver Ministerial Alliance on the same day.  And, I was so pleased by both endorsements.  But I am also aware that the Black church hasn’t always embraced the LGBTQ community.

I went to the ministers and let them know that I’d like to announce both endorsements at the same time and they said, OK.

Leslie: I think this represents a turning point in our society.  Communication hasn’t always been easy, but I think many Black churches are moving.  In fact, the Ministerial Alliance recognized me at their Dr. Martin Luther King, Jr. Day celebration.  That was an honor.

Leslie: Identity also matters because it changes the face of policy.  People with different lived experiences and identities make better policy for people, period.  That’s why we need to be a strong presence at policy-making tables.

For example, we had a tough fight in Colorado over the Reauthorization of the Civil Rights Commission and Division.  Some folks thought that the reauthorization was unnecessary because discrimination and racism are a thing of the past.  In addition, folks said that my race, faith, and sexual orientation were in conflict.

As a Black Queer woman that was offensive.  Tell me to my face that it’s OK to discriminate against Black queer folks.

In the end, we were able to pass the authorization and extend protections for all Black people.  This happened in part because I was at the table.

No part of me is more important than the other.  I am intersectional.  But sometimes I must prioritize.

Jocelyn: Amen!  I get it.  For us, being Black and being female is just a reality.  It’s society that can’t reconcile our brilliant complexity!  Let’s turn to your work.  You spearheaded a bill called, Caring 4 Denver, which recently passed. Tell us about it.

Leslie: Caring 4 Denver will raise $45 million per year to fund mental health and addiction services for children and adults.  It passed by an overwhelming margin.  I’m so happy to know that Denverites do really care about each other.

Jocelyn: What are you working on to expand economic security and power for Black women?

Leslie: I’m chair of the House Finance Committee and I have a very clear directive – to look at all fiscal policy through the lens of democratic values.

We are looking at Paid Family Leave.  Workers with higher earnings are often available for this benefit, while lower-income earners aren’t.  We’d like to address that.

We’re also looking at a pay equity bill to address the income disparities all women face in the workplace.

Jocelyn: What else do you want BlackHer subscribers to know about your work or you?

Leslie: I want Black women to understand that we can lead authentically.  We can bring our true selves to the table.  I’d also like Black women to understand the link between criminal justice reform and mental health challenges.  Too often, we feel that we cannot talk about what is happening in our communities.  As Black women and women of color, we need to be empowered to take care of ourselves and each other. This is something we can get better at through both policy and practice.

Leslie: Maxine Waters – I admire her courage and ability to fight in a way that leads to progress and change.

Michelle Obama – I got to see her in action when I worked on President Obama’s re-election campaign. She epitomizes grace under fire.  I truly admire the realness that she brings to the table.

Barbara Jordan – I wouldn’t be here today if not for learning and writing a report about her in my 4th-grade political science class!  At that young age, it was so important for me to see someone who looked like me in politics.

Jocelyn: Let me ask you the Miracle Question.  You go to sleep tonight and wake up tomorrow and it’s February 2020 and the miracle has occurred for Black women. What happened?

Leslie:  We have a Black woman president!

Get Comfortable With Being Uncomfortable – a TED Talk by Luvvie Ajayi