On Using Data to Improve Black Lives: An Interview with Yeshimabeit Milner 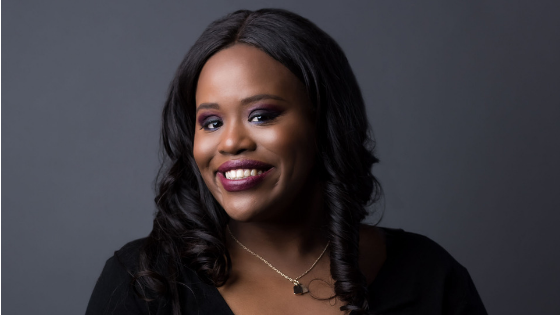 Our BlackHer Shero of the Week is Yeshimabeit Milner, founder and executive director of Data for Black Lives, a web platform that links scientists and programmers to activists and organizers, and provides grassroots organizations with the data tools they need. Milner is an Echoing Green Fellow but she began her career in organizing as a high-school student!  Prior to founding Data for Black Lives, she served as a campaign manager at Color of Change.  Milner has a BA from Brown University and serves on the board of The Highlander Center in Tennessee.

Jocelyn: Yeshi, I’m so excited to learn more about your organization, Data for Black Lives.  But my first question is “why data?”

Yeshi: Data for Black Lives launched in November 2017, a year before I left Color of Change. But the idea came to me when I was a senior in high school!  That was the first time I collected data.

Yeshi: The students at Edison Senior High, which seven miles away from the school that Trayvon Martin attended, organized a peaceful protest in their cafeteria.  They were protesting the fact that an administrator had put a student in a headlock. (This was before Michael Brown’s murder and before police brutality in schools was a national issue.)

I knew it was a peaceful protest and that these kids were not violent, so I was deeply disturbed as I watched the story unfold from home on CNN.  They were painting this peaceful protest as a riot.  It was very disturbing.

I connected with an organization called the Power U Center for Social Change and decided to organize students at my school to fight back.  To push back on the bad and inaccurate coverage, we fielded 600 surveys to talk to students about their experiences with suspensions, arrests, and zero-tolerance policies in school.  The survey collection was a way to engage with each other about this issue.

These surveys of young people helped my peers.  They began to realize, “I’m not a bad kid.” There is a larger problem here and it’s called, the school to prison pipeline.  They also realized, “there’s a solution.”  It’s called Restorative Justice.

Jocelyn: That’s so powerful.  How else did you use the data and what you learned from the interviews?

Yeshi: I created a comic book, called “Telling It Like It Is: Miami Youth Speak Out on the School to Prison Pipeline.  It’s now been used in schools in Knoxville, Denver, New Orleans, Chicago, and Oakland.

Yeshi: After that experience, I was sold on the power of data to speak for people who have been excluded.  I must admit, I was surprised to find, that you could get paid to go out and talk to people and gather data.  I was sold on that idea too!

After high school, I attended Brown University.  I decided to get as many skills as possible in data science, computer science, and research.

Professor Glenn Loury was my mentor. He really helped me.  He encouraged me to take upper-level courses, to pursue a fellowship and get my Ph.D.

I also took courses in Africana studies to complement my data science degree.  This enabled me to think critically about how using data could impact the lives of Black people.

Jocelyn:  You just held the second annual Data for Black Lives conference.  Tell me more about that!

Yeshi: This was our second annual conference; we were so excited that it sold out.  The goal of our annual conference is to connect people with skills and data.  We want to build a movement of scientists and activists who are working together to change Black lives.

The question we’re asking is, “How do we give Black people the data resources they need to advocate for themselves and change their lives?”

We see a need to build a shared language across disciplines so that we can inform each other’s work.

For example, because of the first conference, we now have data scientists from Google training Black women leaders in systems dynamics.  It’s so cool!

Jocelyn: What do you want BlackHer readers to know about Data for Black Lives?

Let me give you one more example of the power of data to improve Black women’s lives.  As you know, the Black infant mortality rate is a huge problem.  At the Power U Center for Social Change, we were very concerned about it and began to see breastfeeding as a racial justice issue.

We focused on women who had given birth in the largest public hospital in Miami. Our goal was to go out and talk to Black women and learn more about their experiences.

First, we learned that most of these moms wanted to breastfeed but had no support or resources to do it.  They also wanted to “room in” with their babies but were often denied this opportunity.  Finally, many of these moms had had caesareans or C-sections.  I think it was about 80% and this created a situation where it was harder to breastfeed because they were recovering from major surgery.

Yeshi: We won! And it only took 300 surveys.  I used the data to write a report, called A Call for Birth Justice in Miami and we shared it with the hospital.  They agreed to revamp their maternal health ward and materials because of our research.   It was the data that enabled us to write a report to show the problem and advocate for change.  That’s why we won.

An additional and important benefit was that through the surveys, Black women were talking to and connecting with other Black women.  Many of our volunteers who fielded the surveys, did this work to fulfill their requirements for public benefits. They gained new and critical leadership skills in the process.

There are so many examples of ways to use data to make a change.  These are the types of stories we showcase at Data for Black Lives.

Jocelyn: Yeshi, let me ask you the miracle question.  You go to sleep tonight, and you wake up and it’s January 2020 and the miracle has occurred for Black women.  What happened?

Yeshi: Black women are realizing and stepping into our identities.  We are grounded in ourselves because we know the truth of who we are.  In addition, we are rejecting the negative cultural identities projected onto us.

As Black women, we often work at the expense of ourselves.  But it doesn’t work.  As they say, “you can’t pour from an empty cup.”  That’s one of the reasons that I moved to Arizona to build my spiritual practice.  In my miracle, we are doing the work to take care of ourselves.

P.S. Be sure to check out the Data for Black Lives II sessions via Facebook and YouTube!

Senator Kamala Harris is Running for President of the United States!