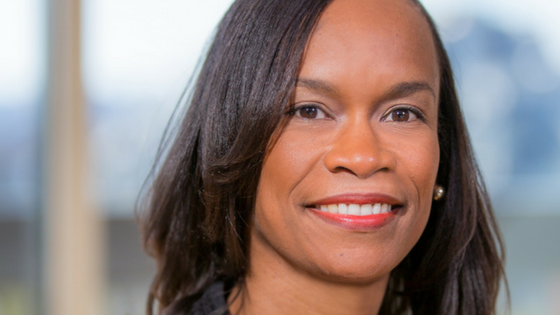 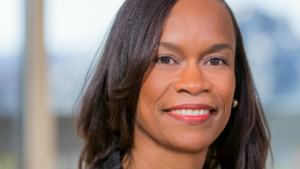 This week we were thrilled to catch up with Valerie Wilson, director of the Program on Race, Ethnicity, and the Economy (PREE) at the Economic Policy Center (EPI).  Wilson has written extensively on various issues impacting economic inequality in the United States—including employment and training, income and wealth disparities, access to higher education, and social insurance. She recently co-authored an important new report, called 50 years after the Kerner Commission: African Americans are better off in many ways but are still disadvantaged by racial inequality.

Me: How did you become an economist?

Valerie: It’s an interesting story.  I didn’t know that I wanted to be an economist.

I took an economics course in high school.  At that time, I didn’t know what an economist did or was.  Alan Greenspan was the only person I knew who was an economist because I’d seen him on TV.  But that was a very limited representation that I didn’t relate to at all.

In college at Hampton University, I took a course in economics.  I did well in the class and the professor took me aside and asked me about my major.

My father was a banker, so I thought I might also go into finance.  But after talking to my professor I changed my mind. After that conversation and learning about the broader range of things I could do with an economics degree, I changed my major.

I also attended an 8-week summer program held by the American Economic Association to encourage more diversity in the profession.  It stuck!

Me: That’s a great story and really shows the power of guidance from a teacher or mentor.  So, now that you are an economist, please tell us.  What do economists do?!

Valerie: My brand of economics – the thing that attracted me to the field was having the tools – math, statistics, modeling, etc. – to say something about disparate outcomes and impact.  That’s what I do as an economist and what made the degree appealing to me.

In my work at the Economic Policy Institute, we use data and economic analysis to give voice to issues that I and countless Black women and men are aware of because of personal experience.

Economics provides tools and language to bring these issues to a policymaking and decision-making audience.

Valerie: That’s right.  For example, we just did a report to look at how Black women and men are faring 50 years after the Kerner Commission delivered their report to President Johnson.

Me: What was the Kerner Commission?

Valerie: It was an 11-member Presidential Commission tasked with investigating the causes of the 1967 race rights and making recommendations for change.  Their report named “white racism”—leading to “pervasive discrimination in employment, education, and housing”—as the culprit, and the report’s authors called for a commitment to “the realization of common opportunities for all within a single [racially undivided] society.”

Valerie: Yes.  So, what we did was go back and look at the Kerner Commission report and the data they presented to assess what has/has not changed.

With respect to home ownership, unemployment, and incarceration, America has failed to deliver any progress for African Americans over the last five decades. In these areas, our situation has either failed to improve relative to whites or has worsened. The black unemployment rate is still roughly twice the white unemployment rate. In 2015, the black homeownership rate was just over 40 percent, virtually unchanged since 1968, and trailing a full 30 points behind the white homeownership rate, which saw modest gains over the same period. And the share of African Americans in prison or jail almost tripled between 1968 and 2016 and is currently more than six times the white incarceration rate.

Me: Ugh!  I personally believe and find the science powerful.  But I worry that, especially in our era of fake news, data and science aren’t enough to create policy change.  How do you think about that?

Valerie: It’s one thing to present the facts.  Changing policy is a different animal because that involves politics and competing interests, which become part of the mix and are always a sticking point.

Also, you have to remember that there are folks who benefit from the status quo.

Me: So how else are we doing economically?  For example, we recently “celebrated” Black Women’s Equal Pay Day.  How are Black women doing when it comes to wages?

Valerie: We see racial disparities between Black women and White men even after controlling for education and experience.

That’s the beauty of statistical modeling. We can control for many of the observable factors that would reasonably affect wages like education, experience, and where you live, since wages and cost-of-living are different in different places.  But even after controlling for those things, there’s still a gap.

I identify race and gender discrimination as the cause of this remaining gap.

Me: Thank you. Thank you for bringing the data and just naming it.

What can we do about it?  Again, if we believe the data, how do we address the fact that Black women make only 63 cents for every dollar a white man makes?  Do we need an economic agenda built by and for us?

Valerie: Lots of folks are doing good work on building an economic agenda for Black folks and women.  But you’re right, it is important to understand the unique circumstances and experiences of Black women.

For example, we have the highest labor force participation rate.  And we’re also heads of households.  At a minimum, that agenda includes equal access to good-paying jobs with good benefits and paid sick and family leave. Additionally, things like high-quality childcare, safe and affordable housing, accessible and reliable transportation, and affordable health care must be a part of any Black women’s economic agenda.

The rights to organize, join a union and engage in collective bargaining are key to securing many of those work-related benefits. Worker voice and worker power are essential to Black women’s economic security.  Again, the data bears this out.

Black women face the dual penalty of racism and sexism.  We must call a spade a spade to get this addressed.

Me: Another BlackHer Shero is Anne Price, president and CEO at Insight Center.  She noted that if we really want to address the wealth gap facing Black women, we have to talk about inheritance and transfers of wealth.  What do you think about that?

Valerie: She’s right.  Black women face an enormous wealth gap.  As you know, single Black women in the U.S. today have a median wealth of $200.  That’s because so many Black women have zero or negative wealth.

If the objective is to close the wealth gap, a gap which has been built, generated and perpetuated over generations, we can’t do that without a wealth transfer.

Me: What is a wealth transfer?  Can you explain that a bit?

Valerie: The kind of wealth transfer that has most often been discussed in this context is reparations. This would entail some form of payment from the federal government that would facilitate access to any number of things that wealth can provide.

Me: Valerie, what do you want our readers to know about the organization you work for, the Economic Policy Institute (EPI)?

Valerie:  EPI is an organization that is interested in being effective at representing the economic interests of working people and having an impact on the policies that affect their lives.  The Program on Race, Ethnicity and the Economy (PREE) was created to ensure that these objectives are being met for all people, regardless of race or ethnicity.  We want people to use our research to inform their policy proposals and campaigns.

For example, we have a great resource, called the State of Working America Data Library that provides a number of labor market statistics that can be disaggregated by race.  We have lots of data on how Black women and men are faring in the U.S.

Also, as the director of PREE, I’m really interested in how people are using the data and if we are asking the right questions.

Me: You are clearly an inspiration to others.  Who inspires you?

Valerie: There are several Black female economists that I admire.  Willene Johnson served for years at the Federal Reserve. For me, she was a model of someone working outside of academia in the DC policy arena.  Also, Cecilia Conrad, who is now at the MacArthur Foundation, has mentored and encouraged several of us to join the field.

Me: Let me ask you the Miracle Question. You go to sleep tonight and wake up in the morning and it’s August 2019.  The miracle has occurred for Black women.   What happened?

Valerie: Black women’s experience in this country is one of greater security – economically and physically.  Black women have endured various forms of abuse and disrespect throughout our history in this country.

The miracle is that we wake up in a country secure, empowered, and honored.

Afropunk 2018: Celebrating Blackness or Selling Out?