On Using Your Time, Talent, and Treasure to Change the World: An Interview With Judith Batty 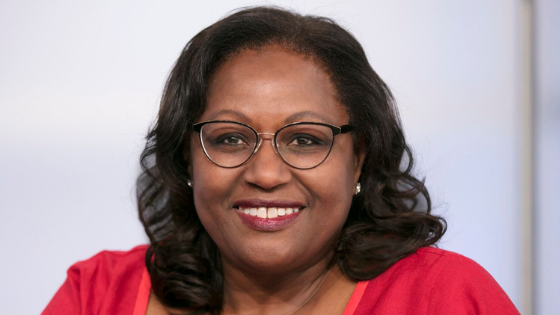 Our BlackHer Shero of the Week is Judith Batty, Esq. Batty has had a fascinating career as a lawyer for a Fortune 100 company.  Following her graduation from New York University School of Law, she joined the Department of Justice (DOJ) through its Honors Program and was assigned to the Antitrust Division.  After cutting her teeth at DOJ, Batty briefly joined a boutique law firm and after two years lateralled over to Mobil Corporation, which later merged with Exxon Corporation to become ExxonMobil.

During her time at ExxonMobil. she functioned as a deal lawyer and strategic counselor. Among the notable positions she filled during her 28 years at ExxonMobil, Batty served as acting general counsel for Mobil North Sea Limited in London, assistant chief attorney for the Refining and Supply Company, and general counsel of the ExxonMobil affiliate in Japan.  Judith excelled in her assignments and traveled the world (Africa, Europe, the Middle East, and Asia) making deals for one of the most powerful corporate forces in the world.  She elected to retire at age 56 to live her life in new ways that would benefit the community, her family, and herself.  In recognition of this season of giving, we chatted with Judith about how she gives back.  She taught us a lot about serving on nonprofit boards and philanthropy in the process!

Angela:  You’ve had a great career as a lawyer, and now you are living one form of the American Dream – a financially secure early “retirement” when you are not even 60! Why did you decide to retire?

Judith: I enjoyed my job and was well rewarded for my work, but I was ready for a change.  I wanted to refocus my life and spend more time with family and friends. I have a mother, a sister, a niece and a nephew that I love dearly. I feel lucky that I have the resources to spend real time with them. I also wanted time to visit friends that live in other parts of the world and travel to places that were of interest to me.  It was important for me to really recognize the gifts that I had, and to enjoy and appreciate my life.

I also really wanted to spend time giving back to the community in ways that I hadn’t been able to do during my career.  Because much of my work involved living and traveling overseas, it was difficult to make the time commitments necessary to be an effective advocate.

Angela:  I love how you are focusing your energy on such positive things! I see you spending a lot of your time working on nonprofit boards and contributing resources to causes that matter to you. What motivates you to give your time and money to nonprofits?

Judith: I believe that many nonprofits help to make the world a better place. I like using the skills I have learned over the course of my career to help them achieve their goals, particularly when the goals of the nonprofit align with my personal passions.  When I stopped working, I was a member of three nonprofit organizations, including Arena Stage (“Arena”),  a regional theatre in Washington, D.C., Levine Music, a community music school which serves Washington, D.C., Maryland, and Virginia, and Girl Scouts of the USA.  When I retired, I had more time to devote to their boards.

Angela:  What do you do for the Arena as a board member?

Judith: I love the Arena. It was founded in the 1950s by Zelda Fichandler.  It was one of the first nonprofit theaters in the United States and a pioneer in the regional theater movement.  It was also the first integrated theatre company in Washington, D.C.  Arena Stage is now an established theater that puts on ten productions a year, ranging from musicals to comedies and dramas.  All our productions focus on the American voice. I love theater, so serving Arena has been incredibly rewarding.

When I retired I was asked to chair the Arena board, which I agreed to do. Our board is no different from other boards, as we are charged with governance and setting the strategic direction for the theater.  In other words, we deal with the business side of the theater, as opposed to the art side.

Supporting an arts-based nonprofit has been interesting for me. In the corporate world, there are processes and procedures for everything.  Nonprofits usually don’t have the same resources, both in expertise and in finances, and therefore don’t have the same structure.  In many nonprofits, board members supplement staff.  This, too, was the case for Arena in the beginning.  We have been fortunate enough to grow and now the Arena has full-time staff to run the theater on a day-to-day basis.  Part of my goal as board chair has been to continue the transformation of the board to a strategic, governing board.

As board members, we are also ambassadors for the theater and have a responsibility to fundraise and give of ourselves.

Angela: Tell me about the other nonprofit boards with which you work?

Judith: In addition to the Arena, a lot of my time is spent working with Girl Scouts of the USA (“GSUSA”). I am on the executive committee of the board and I am the International Commissioner for GSUSA.

As most people know, Girl Scouts offers the best leadership development experience for girls. Our programs are research-based and have a proven track record.  We also have our cookie business!   The Girl Scouts have been in the U.S. since 1912. Today, we serve about 1.8 million girls each year.  Like any organization that’s been around a while, we are constantly examining our mission and programs to ensure that we are effective and relevant.  Girls have a lot more choices today than they did in the past, so understanding their interests is key.

I also proudly served on the board of Links Foundation, Incorporated.  My term on that board recently ended.

Finally, as I mentioned earlier, I am part of a community music school called Levine Music. It’s a very special place.  We provide music lessons to anyone who wants them in the D.C. area, but we also have an accredited music program for high schoolers wishing to pursue musical careers. Our graduates have attended schools like the Julliard School and Berklee College of Music. While I also recently ended my term on the Levine Trustee Board, I still am involved through their Council of Advisors.

Angela:  Everybody has limited resources and there are so many worthy causes.  I’ve seen that nonprofit boards are desperate to have people of color join their boards, especially when we have resources, skills, and influence like you.   How do you decide which organizations to support?

Judith: I try to match what I am passionate about with what the organization does; that’s how I stay motivated to volunteer my time and money to an organization. For example, Levine was my first nonprofit board. I joined because they are a music center that, among other things, provides music lessons, including in Southeast D.C.  They train serious musicians and those who just want to enjoy music, and they have scholarship money. This appealed to me for personal reasons.  My dad was the first in his family to go to college and his undergraduate degree was in music. So, training musicians is meaningful to me. Levine hit the right button.

In terms of serving on the Arena board, I personally love theatre.  As a child, I saw Pearl Bailey, star in Hello Dolly on Broadway, and I wanted to be an actress when I grew up. My dad, the former music major, said, “no way.”  When I moved to DC, Arena became my “go to” theater. When there was a chance to serve on the board, I jumped at the opportunity because I love the place.

Similarly, I am on the GSUSA Board because I believe in empowering girls and creating strong, confident, ethical, women leaders. Additionally, I was a Girl Scout from Brownie to Senior.  I was even a troop leader as an adult before I became too busy with work.  I think their mission is great, and that they are great for girls.

As an aside, I also have a passion for politics. I get involved in political causes and in the campaigns of candidates that I feel strongly about.

Angela:  Please tell us about that.

Judith: I give time and money to various candidates. In my younger days, it was more time than money, but I am now in a position to give both, and, in today’s world it takes both money and volunteers to run an effective campaign for any office.

I believe that if there are candidates who support your vision and your values you should support them in whatever way you can, including financially.  If you can’t be “in the room where it happens” to quote Hamilton, you need to help pick the person who is.

It is also important to be involved in local government, even if you don’t run yourself.  You can serve on a commission or the school board. We must be involved in the political process.

Angela: It’s fantastic to see a Black woman use her “treasure” to make the world a better place. Let me ask you the Miracle Question.  You go to sleep tonight, and you wake up and it’s December 2019 and the miracle has occurred for Black women.  What happened?

Judith: I think in the struggle for racial and gender equality in the US, the voice of the Black woman is often not heard. So. the miracle for me would be an undeniable voice.  Five intelligent, compassionate Black women are sitting on the Supreme Court, the majority of corporate board members on some of the biggest and most powerful corporations in America are Black women, and Black women have significant political participation and representation.  In other words, Black women are fully present and fully powerful.

3 Questions to Ask Yourself About Everything You Do