On Working With Black Women and Girls to Change the Systems in Our Lives: An Interview with Cassandra Welchlin 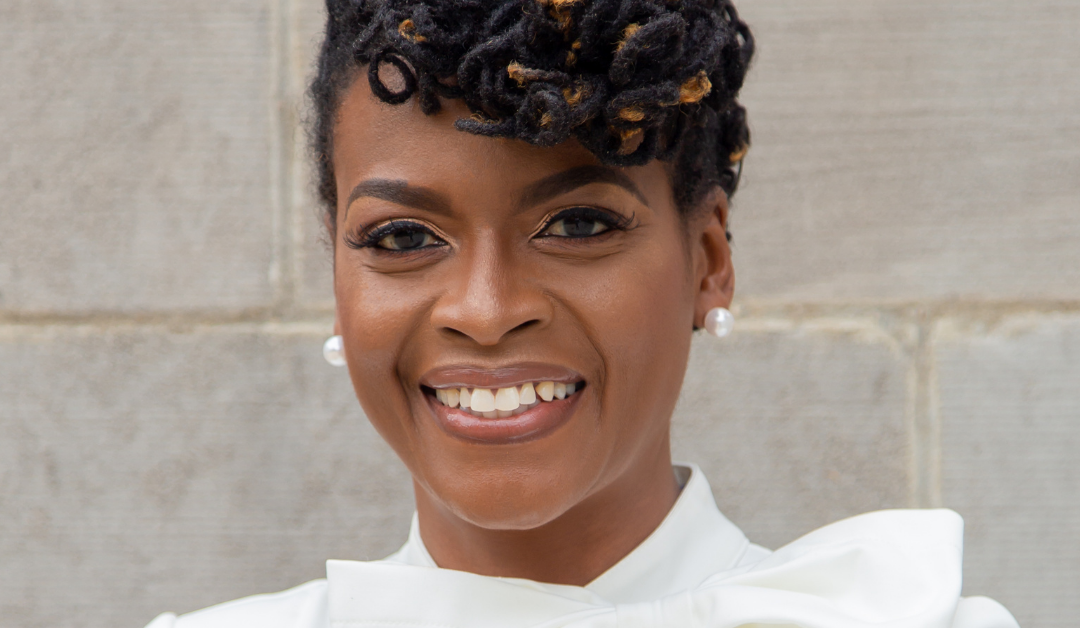 Our BlackHer Shero of the Week is Cassandra Welchlin, executive director of the Mississippi Black Women’s Roundtable. In 2014, Welchlin co-founded the Mississippi Women’s Economic Security Initiative to build a women’s agenda for Mississippi centered on race, gender, and economic justice. Welchlin is an advocate, organizer, and also a licensed social worker. I spoke to her about her work to build economic and political power for Black women and girls in Mississippi.

When I think about my work, I think of bridge-building. As an advocate and organizer, my job is to help folks connect what’s happening at their kitchen tables with what’s happening at the tables where legislators are creating the rules that govern our lives. It’s also my job to help folks see that they can be part of the implementation and formation of that policy agenda.

I’m a social worker by training and I started out by providing direct service to kids struggling with mental health issues.

My job was to try to get basic services for my kids so that they could stay in school. I also worked with moms to get them the care they needed to care for themselves and their children.

I found myself doing different work than I expected. For example, I was fighting the school system, which was trying to push these kids into the school-to-prison pipeline. I was also trying to navigate the healthcare system and talking to landlords to get help and accountability for my clients.

At some point, it became clear to me that bad policies and systems were the root cause of the issues that my kids faced. And, until I focused on changing systems, I was only going to be able to put a bandaid on my clients’ problems. It also became clear to me that my clients could become the agents of change for themselves and others. I decided to learn more about linkages between global and local systems and got a Master of Arts in Sustainable International Development Program at the Heller School for Social Policy and Management at Brandeis.

Your practicum work exposed you to the failures in our systems.

I also remind my students that, while working at the micro level to meet the immediate needs of others is important, it doesn’t create fundamental change. If we want to fundamentally change outcomes for people, we have to change the economic, social, political, and environmental systems in their lives.

Amen! So what is on your change agenda for Black women and girls?

Before joining the Mississippi Black Women’s Roundtable, while working at the Mississippi Low Income Child Care Initiative, I co-founded the Mississippi Women’s Economic Security Initiative. Our goal was to build a women’s agenda for Mississippi centered on race, gender, and economic justice. It was the first progressive agenda launched in the South.

When you work in the South, you have to have a race lens. But often organizations that do policy advocacy don’t have a gender lens and the policy priorities of Black women fall through the cracks.

As part of our research for the agenda, we brought a diverse group of folks together, including legislators, advocates, Black and white women, educators, and more. With the help of an extraordinary facilitator, named Dr. Safiya Omari, who now serves as chief of staff for Mayor Chokwe Antar Lumumba, we found common ground and developed a way to center gender and race in our work.

The Ms. Foundation for Women seeded the project, which allowed us to hold eight town halls across the state. We asked the women one question, “What do you need to be economically secure?”

Women told us that affordable childcare was their number one priority. They also lifted up the need for access to better jobs, higher wages, and more. In total, the women raised eleven issues. We chose the top five.

Our final agenda, which has been adopted by the Mississippi Black Women’s Roundtable is focused on:

Our policy platform has been the driving force behind our work for the past five years. And we’ve made progress on building a bi-partisan base of everyday women who are advocates for our agenda. Our advocacy days are especially powerful. We’re known for delivering a slice of pie to each legislator to let them know that women deserve a bigger slice of the budget for all of these issues.

The American Rescue Plan passed. Do you have any thoughts about that?

Yes, I do! Support from the federal government is so important right now. The expanded child tax credit and the direct relief payments, in particular, are so important for Black women in Mississippi. The expansion of the child tax credit will help families care for their children and go to work. In Mississippi, childcare is just as expensive as tuition for community college. The direct relief payments will help women who have lost their jobs due to COVID-19. They will have money in their pocketbooks so that they can pay bills and catch up on rent.

Is there any else you want to share that we haven’t discussed?

Yes. I do this work out of a sense of obligation to my mother and grandmother who sacrificed so much for me and others. My grandmother taught me about the importance of service and my mother’s work experience taught me about justice. I come from and am accountable to them and am committed to passing on my ideals about service and justice to my three children so that they too may be change agents.

Let me ask you the miracle question. You go to sleep tonight and wake up tomorrow and it’s March 2022 and a miracle occurred for Black women. What happened?

The majority of the legislators in the Mississippi statehouse are Black women. All 90,000 infrequent Black women voters are voting consistently in every election.

On Changing the Narrative and the Narrators: An Interview with Autumn McDonald