Our Girls Won’t Be Dress Coded 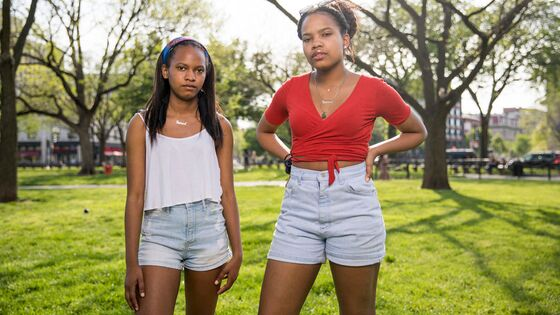 Being a Black girl in America isn’t easy. Navigating the changes of adolescence is difficult even under the best of circumstances. Add that to the intersection of racism and sexism and it means that life is inherently more difficult for Black girls— regardless of geography, socio-economic status or cultural background.

Last year, the National Women’s Law Center (NWLC) explored an aspect of this with 21 Black girls attending Washington, DC public schools. Their report, Dress Coded: Black Girls, Bodies and Bias in D.C. Schools, detailed the ways that school dress codes target Black girls, reinforce rape culture and lead to school pushout (students falling behind academically, dropping out of school and/or entering the juvenile justice system). The report led to a wave of student and parent activism in DC and across the country, including protests and recommendations for administrators to develop more equitable and inclusive dress code policies.

The results of the report are alarming.

Out of 29 schools that had dress code policies available for review by NWLC:

As someone who attended an all-girls Catholic high school and wore a uniform every day, I believe that there are pros and cons to dress codes. For me, wearing a uniform meant less time focused on my clothes during the week. It saved my parents money and cut down on competition to be the best dressed among my peers. But I also remember how our growing bodies were policed by our teachers. If you were curvy and more developed, your uniform sweater and skirt were naturally tighter and sat differently on your body than on your thinner classmates. If your uniform wasn’t up to standard, you could receive demerits which were given for minor infractions. Five demerits earned you a detention. If this was repeated enough time, you could also end up on probation or even receive a suspension.

I can’t recall which girls got detention or worse simply because their uniforms weren’t up to code. But I definitely remember which ones had the curviest bodies and the tightest uniforms.

My chest developed quickly in middle school and, by high school, I was definitely struggling to fit into the white button-down Oxford shirts we were required to wear. And as I started to develop hips and a butt, my skirt (not made for curvy body types) began to hike up in the back.

It turns out that my experience was not unique, especially for girls in predominately Black schools.

The NWLC report found that there is both a racial and gender disparity to dress codes. In DC schools that are majority Black, there are more dress code restrictions. And those same schools tend to suspend Black girls at higher rates than other schools. In fact, majority Black schools in the District have nearly double (1.7 times) the number of dress code restrictions and suspend girls at nearly double (also 1.7 times) the rate of other schools.

Nia Evans, lead researcher of the NWLC report, said that dress codes are often rooted in dangerous sex stereotypes about what girls and boys should look like. And she notes that the 21 Black girls featured in the report were clear that they were punished simply for having curvy bodies or wearing their hair in head wraps.

We can’t expect Black girls to learn self-esteem and focus on their education when their clothes and bodies are constantly being judged and deemed problematic in school. It’s misogynoir (anti-Black misogyny) and rooted in class and respectability politics.

Luckily, many of these girls and their parents don’t accept the policing of Black girl bodies as part of the status quo. Since the report came out, they’ve been working hard for change. Parents have met with teachers, administrators and guidance counselors to discuss the harm this is doing. Dress code task forces have been established and some schools have even revised their policies. This led NWLC to release a new report, this time detailing how Black girls are pushing back against dress codes and bias. The report, Dress Coded II: Protest, Progress and Power in D.C. Schools, was released in early September.

I asked Evans her thoughts about the new report and what she wants BlackHer readers to know about it. She was emphatic that dress code bias is an issue of concern for all Black women since we know all too well the feeling of being scrutinized and pulled from opportunities based on our looks.

“This is happening today in schools across the country where Black girls are missing out on their education because of unnecessarily harsh and biased dress codes,” Evans said.

But Evans wants us as Black women to go beyond awareness and move toward action. Specifically, she mentioned how respectability politics is something that we need to push back on because it’s hurting Black girls.

“They’re being told that they can’t wear their hair natural or wear spaghetti straps because the world will punish them for it. It’s OUR job to fight for a world that accepts Black girls for who they are.”

I couldn’t agree more. If we don’t look out for and protect Black girls, who will?

On Empowering Others Through Business Ownership: An Interview with Tiffany Hall