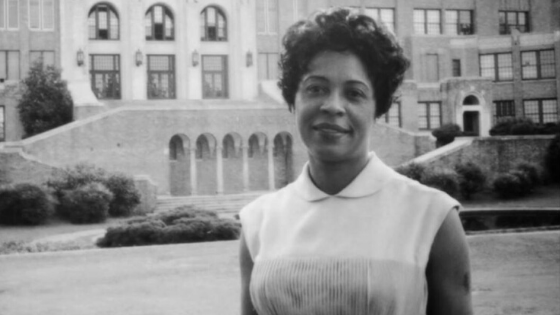 As the nation celebrates the life and legacy of Dr. Martin Luther King, Jr. on January 20th, it is important to remember that the Civil Rights Movement was not a one-man show that revolved around King as its leader.

The movement wasn’t really driven by men either, although history paints a very different picture.

If we are going to commemorate important leaders in the struggle for racial equality, then we have to reckon with the truth—even if it only means reading a few think pieces that don’t center King on this very important holiday. The work has always been about uplifting all of us and that means we should be talking about Black women, today and every day. #Sorrynotsorry

On this special day, I’d like to honor the role that Black women have played in advancing racial and social justice in America. Black women were the backbone of the mainstream civil rights movement, playing an important role as strategists, leaders, advocates, organizers, and coordinators. Without us, there would have been no progress. Men were the front-facing, external part of the movement. But we Black women were its heart and moral center.

One Black woman whom you’ve probably never heard of but should know is Daisy Bates.

Her activism came from the experiences she had at an early age. She was born poor in Union County, Arkansas in 1914. Her mother was sexually assaulted and murdered by white men when Bates was just a baby. They were never held legally accountable. But this tragedy only fueled Daisy’s passion for justice.

Bates co-owned the Arkansas State Press with her husband, L.C. Bates.  They used the paper to write about the social and economic advancement of Black people and report on incidents of state violence against Black people. You can imagine that this kind of radical truth-telling didn’t go over well with white folks at the time. Still, they were unapologetic and unafraid.

In 1952, Bates was elected president of the state conference of the NAACP. After Brown v. Board of Education made segregated schools illegal in 1954, Bates led the NAACP’s protest against the Little Rock school board which planned to “slowly” (which we can assume meant never) integrate schools. Bates even began to personally escort Black children to integrate white schools, which she did amid many threats of violence and death. Talk about badass! She helped the Little Rock Nine integrate Central High School in 1957and was an advocate and support for those students during their time at the school.

Besides being a fearless journalist, leader of the NAACP, and school desegregation guru, here’s one really overlooked thing about Bates that everyone should know: she was the only woman who spoke at the March on Washington in 1963. Everyone knows this event as the day King gave his prolific “I Have A Dream” speech. But our Black brothers weren’t thinking about the plight of Black women when they planned that day. For the most part, they neglected to include women in the official program. Bates spoke in place of Myrlie Evers, whose husband, civil rights leader Medgar Evers, had been killed two months before. Bates was only given 90 seconds to speak. But she used her time to pledge that Black women would do whatever it took to ensure civil and voting rights for Black people across the country.

Here’s an excerpt from her speech:

Wow. Talk about courage and integrity.

Bates went on to work for the Democratic National Committee and the Johnson Administration where she focused on anti-poverty efforts. After her husband died in 1980, she revitalized their newspaper for several years. She died on November 4, 1999.

As we reflect on the legacy of civil rights activism in the United States today, Daisy Bates is a woman worth knowing and honoring. At a time when sexism and racism rendered Black women invisible, Daisy stood out and committed to boldly improving the lives of Black people in spite of the consequences. She’s a shero and inspiration to us all.

#BlackWomenCount: Why We Must All Take the 2020 Census

On Legislating Change: An Interview With Jheanelle Wilkins