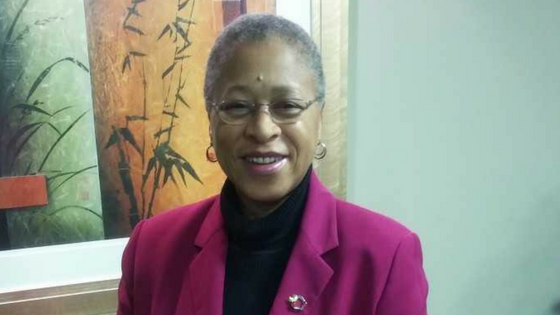 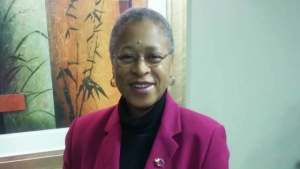 Much thanks to Sheila Maith and Wallace H. Newsome for writing and sharing this tribute to Oramenta Newsome with us.

Oramenta Fleming Newsome was born on March 21, 1955, in Tuskegee, Ala. She was the daughter of the late Pink Fleming and Mable Jessie. She spent her childhood in Union Springs, Alabama. She departed this life on February 1, 2018, after a brief illness.

Oramenta left Union Springs to attend Auburn University. She made lifelong friends there and graduated in 1976 with a Bachelor of Science in Public Administration. In one of her first jobs, she traveled the United States, writing funding proposals and providing technical assistance to small and mid-sized towns.  She completed her education by receiving a Master of Science in Community Development and Planning from Georgia State University in 1984. She went on to become City Planner and Homeless Services Coordinator for the City of Fort Worth, Texas, where she worked for seven years.

Oramenta came to Maryland in 1992 to take a position as Program Director for the Enterprise Foundation. It was then that she set down roots in Columbia, Maryland. While there she met Wallace Newsome, and they married in 1996. She left Enterprise in 1994 to join the Local Initiatives Support Corporation (LISC) as the Director of LISC’s Washington, D.C. program, and, in 2014, was promoted to Vice President for the D.C. and Virginia programs. Her career at LISC spanned 23 years, during which she collaborated with mayors, councilmembers, business owners and community leaders from diverse backgrounds to build a better quality of life for people and places that struggle.

Under Oramenta’s leadership, LISC DC initially took on the challenge of despair, disinvestment and dilapidated housing. She managed bold investments that brought new residents and businesses to depressed areas. And then she looked around and saw the need for community facilities to make these underinvested neighborhoods places for people to flourish. Those facilities ranged from birthing centers to locations for seniors to receive needed services, and they often replaced blight with new vitality. Oramenta loved the arts and invested early in the GALA Theater, the Town Hall Education Arts Recreation Campus (THEARC), the Atlas Performing Arts Center, and the Howard Theater, as well as Dance Place, The Dance Institute of Washington and Step Afrika!. Her efforts helped lay the foundation for LISC’s national support of arts and culture in low-income communities across the country.

As local economics and demographics changed, Oramenta reoriented LISC DC’s program to preserving the ability of long-term residents to remain in their communities.  She put together LISC’s $50 million Elevating Equity initiative to foster fair and inclusive development in the neighborhoods surrounding the 11th Street Bridge Park. Ever the urban planner, she launched the initiative before construction of the bridge to ensure that residents benefit from investments in housing, health, businesses, education, and jobs. It is yet another example of her many efforts to ensure all residents of the District can live, work and raise their families in neighborhoods that are safe, strong, and filled with opportunities.

She chronicled the diverse, local experiences of the city in the book Becoming What We Can Be: Stories of Community Development in Washington, D.C. Written by Tony Proscio, the volume gives insight into the community development movement that dreamed big, weathered challenges and persevered, seeding rebirth to neighborhoods in the District such as Columbia Heights and the H Street Corridor. Oramenta also enjoyed teaching and training undergraduate and graduate students in the business of community development that she loved.

She received many honors and awards. She was a Fannie Mae Fellow at Harvard’s Kennedy School of Government Program for Senior Executives. She was a member of the 1999 class of Leadership Washington. Among other awards, she received the City First Bank Baptist Award from City First Bank, the American Dream Award from Manna, Inc. and was named a Community Champion by Capital One Bank.  In 2017, Oramenta was selected for the prestigious Eugene and Agnes E. Meyer Foundation’s Julie L. Rogers Sabbatical Program, in recognition of her long-term service and commitment to neighborhood revitalization and community development in the District of Columbia.

Even with her position as a leader in our nation’s capital, Oramenta was a country girl at heart. Her nieces and nephews knew her as “T-menta.” She and Wallace enjoyed traveling the U.S. and beyond, their memories painstakingly captured in a series of DVDs with photos, movies, and music. She loved all kinds of music: country, rock, folk and rhythm and blues. Even with her busy professional life and service to the community, she loved nothing more than to set up shop on vacation with her canning supplies. She leaves her family’s and friends’ pantries filled with fabulous jars of fruit preserves and apple butter to enjoy.

On April 18, LISC will hold a memorial service for Oramenta at The Arc in Washington, DC.  Learn more here.

7 Resources to Help You Own Your Political Power!

Black Women and the Blue Wave: Using our Power to Quash a Constitutional Convention