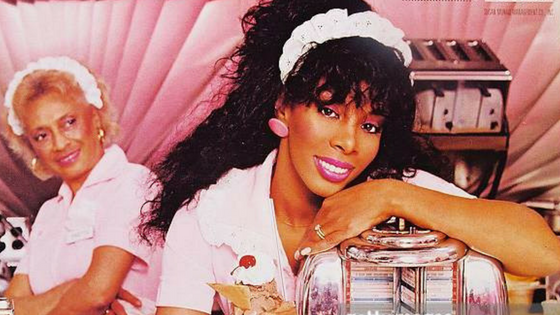 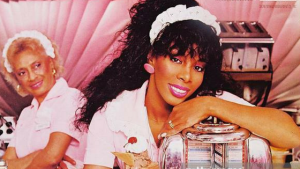 Remember “She Works Hard for the Money” by Donna Summers?

We’re bringing it back because we’re done being paid too little and being paid much less than White men.  And we’re past ready to be treated right!

In April 2018, the National Partnership for Women and Families looked at the issue of wage disparity in depth and found that:

Worse, Black women make 63 cents for every dollar that white men earn even when we work as white-collar professionals and do “women’s work”.  As explained by the Center for American Progress in Rhetoric v. Reality: Equal Pay:

“In 2015, out of at least 115 occupations with comparable data, men earned more than women in all but five occupations. In jobs that are predominantly female—such as elementary school teachers, maids and housekeepers, and registered nurses—women still earned less than men.”. [Emphasis mine!]

Finally, we experience a pay gap at every education level, even when we have graduate degrees.   Yep, that’s right.  Black women have to earn a Master’s degree to make slightly more ($56,072) than white, non-Hispanic men with just an Associate’s degree ($54,620).

The. System. Is. Rigged.

Being Underpaid is Harmful to Black Women

Wages are not the primary path to wealth building, but they are a path.  You can’t save unless you have extra money to set aside.

It’s obvious that the wage gap is impairing our ability to live full lives and invest in wealth-building activities like savings and homeownership.

Black women have a median wage difference from white men of Twenty. One. Thousand. Dollars. That is a lot of money.

If we eliminated the wage gap, the average Black woman working full-time, year-round would have enough money for

Achieving wage parity with white men would change her life.

Anti-pay discrimination laws were supposed to fix the problem of wage disparity. The Equal Pay Act of 1963 made it illegal for employers to pay men more than women performing the same job. This law sounds like a clear and unambiguous block against discrimination in pay, but it doesn’t exactly work. Courts have allowed almost any non-gender based reason as a legitimate justification for pay differences under the Act.

If the old laws aren’t working to help us achieve equal pay, it’s time to come up with some new ones.

The good news is that some states are trying to eliminate pay inequity by banning employers from asking candidates about their salary history.  In these states, instead of asking job candidates what they are currently making, employers can tell employees what the salary or salary range is for a particular job and ask if, given the pay, the candidate is interested in the position.

These laws may be a step in the right direction for eliminating egregious pay disparities between Black women and other workers in the U.S. workforce. If salary is determined by what the job pays, not by what the job candidate is willing to work for, salaries of lower paid employees could rise – as salaries approach a common denominator based upon industry standards.

However, this system is not perfect. If a job has a salary range, women might still settle for pay at the lower end of the spectrum, while men may seek payment at the higher end.

Collective bargaining is another powerful tool for blocking wage discrimination and raising Black women’s wages.  Read  A Black Woman’s Place is in A Union to learn more.

Can I get a raise?

Another obvious way to make more money is to ask for it.  You won’t be surprised to learn that men are more likely than women to ask for raises and to negotiate their salaries.

Should we take a lesson from them and be aggressive in requesting higher pay?  Maybe.

While employers seem to admire men who ask for more money for their work, they get mad when women do it!  In control studies, women who sought higher salaries were viewed as unreasonably demanding, while men were viewed as smooth.  Good lord.

We can only imagine how a Black woman who has the temerity to seek a raise would be viewed.  We do know from a survey of 160,000 people by PayScale that women of color who asked for raises were 19% less likely than white men to get it.

Black women aren’t getting treated right when it comes to wages at work.  This is the harsh fact.  And at times it feels like we’re damned if we do ask to be paid our worth (we might lose our standing at work) and damned if we don’t (we may end up making 63 cents for every dollar for the rest of our lives.)

The only way to get our just desserts is to join with others to get better wages and benefits, arm ourselves with salary information and pass (and enforce) legislation to end wage discrimination.  In this way, we may have a shot at higher earnings.