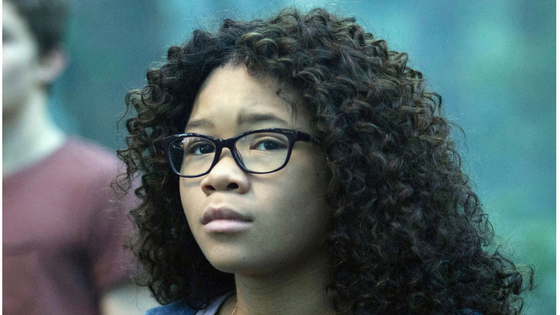 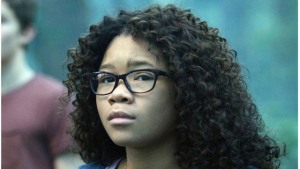 I’ve always found comfort through the pages of books, where you can transform into another person, place, or time. As a child, I indulged myself in popular youth series like The Babysitters Club and The Boxcar Children. One thing these books had in common—White authors wrote them with mostly White characters. While some had a token minority (Claudia Kishi in The Babysitters Club), my experiences were rarely reflected. As I grew older, I embarked on the works of Maya Angelou, Zora Neale Hurston, and Toni Morrison, but the significant lack of children’s literature centering the Black experience was stifling. This is especially true for books adapted for TV or film. During my childhood, young Black heroines never made it to the big screen. Luckily, things have changed.

A Wrinkle in Time Puts Black Girls Front and Center

A Wrinkle in Time has been out for a few weeks, and if you haven’t seen it yet I suggest that you get to it. Ticket sales are at around $90 million worldwide, and it is still drawing viewers to the box office. A Wrinkle in Time is worth seeing as a unique work of art.  It was created for a youth audience, so it does not have the intense emotional connection of the Black Panther and its mythical Wakanda, but it is an interesting and beautifully shot fantasy film directed by one of my favorites—African American film director Ava DuVernay. The movie is especially powerful for Black women and girls. Anyone who read the novel as a kid will remember the characters being depicted as White. The 2003 television adaptation of the book and Hope Larson’s 2012 graphic novel also maintained predominately White characters. However, in DuVernay’s film adaptation, the story evolved and adapted to portray a multiracial cast, allowing women and girls of color to see themselves on screen in Storm Reid’s portrayal of Meg the protagonist, and in Oprah Winfrey’s performance as Mrs. Which. By “race swapping”—changing a white character to a character of another race—DuVernay not only promoted racial inclusion in an originally white-dominated story, but she empowered us to see ourselves as heroines.

Why Race-Swapping and Whitewashing are Not the Same

Ava DuVernay’s re-imagining of A Wrinkle in Time showcases Storm Reid in the leading role of Meg Murry alongside Oprah Winfrey, Reece Witherspoon, Mindy Kaling, and Gugu Mbatha-Raw. The cast—and particularly Reid—received an overwhelmingly positive response that was well deserved, but that is not always the case when characters are race swapped. Some moviegoers criticize the practice, which is different than whitewashing or changing a character of color to a white character. This happened in the recent film, Annihilation where women of color were replaced by White actresses. Overwhelming outrage also erupted over race swaps in comic films—either from fans who feel the characters can only be portrayed by White actors/actresses who look exactly as they do in the graphic novels (e.g., backlash over Michael B. Jordan as the Human Torch in Fantastic Four, Jason Momoa as Aquaman), or from fans who are offended when characters of color are whitewashed (e.g., Tilda Swinton as The Ancient One in Doctor Strange).

I support race swapping when it compliments a work of art and expands representation in film, as was the case in DuVernay’s adaptation of A Wrinkle in Time. Casting directors’ considerations around who will best portray a character on screen must be paired with deliberate attempts to diversify representation and preserve stories of people of color. While women accounted for 37% of major characters in film in 2017, Black women accounted for only 16% of characters and Latina and Asian women a mere 7% each. Women of color are also grossly underrepresented in print, TV, and radio.

I find whitewashing, however, problematic. Because White characters/roles are considered the default or standard in this country, in most instances, casting a person of color in an originally White role does not suppress the history or unique story of that character. White characters identities are rooted in personality traits and not explicitly tied to race. Sadly, the same is not true for characters of varying racial and ethnic backgrounds. People of color are not the default, and therefore we experience the world as other through the filter of race. Because whiteness is the standard, anything nonwhite people do is defined against it, so race becomes entwined with our behaviors or traits. Therefore, when a character of color is whitewashed the racial and ethnic heritage and experience of that character is eradicated.

When you’re creating film adaptations of 50+-year-old books, it’s safe to assume that most mainstream stories of that era centered whiteness; therefore, race swapping is essential to divert from the white-dominant narrative.

The uplifting themes of finding your inner voice and strength, self-love and perseverance in A Wrinkle in Time are critical for Black girls who are barraged with overt and covert messages that we are not enough. Click To TweetThe main character and protagonist, Meg (Storm Reid) is a quiet adolescent girl with insecurities about her lack of coordination, appearance, and the disappearance of her father. In the book, she is described as having brown hair, glasses, and braces. When I was growing up, I had brown hair, glasses, and braces. So, based on these attributes, why couldn’t Meg be portrayed as a Black girl? DuVernay added layers and dimensions by diversifying the characters to complement the story. She preserved key themes of good vs. evil, identity, and self-actualization while centering a heroine. Any young woman can relate to DuVernay’s Meg.

(Spoiler alert: If you haven’t seen the film yet, go see it! But you may want to tap out here.)

Meg (Reid) struggles with feelings of abandonment after her father’s disappearance that lead her to question how she may be somehow responsible for his absence or his unwillingness to return home. The Mrs. W’s (Who – Witherspoon, Whatsit – Kaling, and Which – Winfrey) escort Meg and her younger brother Charles Wallace (Deric McCabe) by tesseract—a means of transcending through dimensions—to find their father. Meg faces a plethora of personal trials along the journey, including learning to find balance while visiting The Happy Medium (Zach Galifianakis) who helps her channel her energy to locate her father. Meg fears that in undergoing this process she will learn the truth about her father’s disappearance, but The Happy Medium enlightens her “we can fear the answers, but we can’t avoid them.” She learns that her father is on Camazotz, a planet that is home to the IT—the source of all negativity and evil in the universe that uses people’s insecurities to drive its will. She is advised to return to Earth, but her passion to save her father from the IT’s grasp slingshots them to Camazotz. While on the planet, Meg finds her father, but Charles Wallace succumbs to the IT. Instead of being consumed by her insecurities, Meg realizes that she is enough—she uses her awareness and acceptance of her faults to channel inner-strength to overcome the IT’s hold. Ultimately, her strength even surpasses that of her father—who leaves her on Camazotz to fight for her brother alone. She persists, saves her family, and returns to Earth.

Embracing and channeling self-love is difficult for young Black girls and women who are taught to hate ourselves (even Meg thinks she would be more accepted and attractive with straight hair as opposed to her natural curls, a struggle many Black women can relate to). We must work twice as hard, be twice as smart, display White attributes, and have it all together all the time just to be visible. The messages we receive scream that we aren’t enough—but in this film, we are more. We are warriors.

Leveraging the Power of Black Women

Black Women and the Blue Wave: Getting Ready for a Tough Fight in November 2018