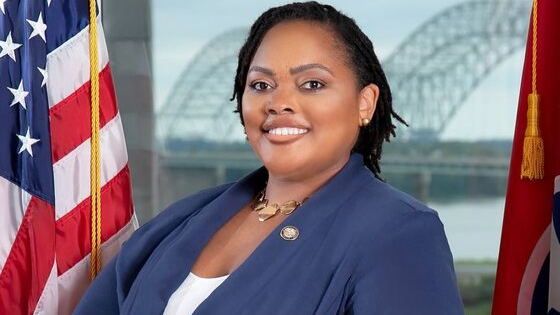 My grandmother used to always say,

“I would never go to LA… Lower Alabama.”

It was this refrain, along with the old, grainy, black-and-white footage of the civil rights movement that I obsessively watched as a middle schooler, which made me write off the American South for much of my life.

Looking back now, I realize that it was mostly because I was terrified—of history, of suffering, of the judgment, pain, and rage I felt so viscerally every time I thought about Black people in that part of the country.

What I didn’t know was how many Black women have refused to give up on the South and are actively trying to change it for the better.

Tami Sawyer is one of those women. Sawyer recently ran for mayor of Memphis, Tennessee.

Sawyer was an unlikely candidate from the beginning. In a region where people pride themselves on manners and being polite, she is more concerned with actively disrupting the status quo. Her campaign slogan was “We can’t wait,” a nod to her belief in the need for urgent change in Memphis. Had she won, she would have been one of the youngest mayors as well as the first woman mayor in the history of the city.

Unfortunately, on October 3, Sawyer lost the mayoral race to Democrat Jim Strickland—who has held the position since 2016 and is the first white mayor of Memphis in nearly three decades. Still, we should celebrate what she accomplished as a candidate. As an activist and police accountability advocate, Sawyer helped ground the mayoral race in conversations about equality. Too many politicians talk a good game about equality on the campaign trail without having real-life experience or knowledge about what marginalized communities need. Having a mayoral candidate who has spent years as a grassroots activist and organizer means that Memphians got to hear from someone who knows about the city’s issues first-hand and has ideas about how to fix them.

Sawyer’s candidacy also challenged the idea that only older people (mostly white men) are qualified to lead. This is part of an emerging national trend of Black women serving as mayors or seeking mayoral office, particularly in the South. According to NBC News, in 2013, there was only one Black woman leading a major city in the U.S. In 2019, in the nation’s 100 largest cities, 7 of those mayors are Black women. Five of those cities are located south of the Mason-Dixon line: Washington, DC; Baton Rouge, LA; Charlotte, NC; Atlanta, GA; and New Orleans, LA. This is progress, even if it’s long overdue. Black women are now being elected to lead cities in greater numbers and are taking on issues of racial and economic inequality, police accountability, education, and more.

We know what happens when Black women are given the chance to lead. Our vision for progress is all about making sure that everyone is heard, valued, represented and given an opportunity to thrive. Right now, our country is experiencing the painful reality of what happens when politicians use their positions and power for greed, profit, and to maintain oppressive structures. It not only creates division and further marginalizes the most vulnerable, it’s actually destructive to our democracy. Black women know that America would be better off in our hands and it’s high time the country started electing more of us to office!

As for Sawyer, her work is not done and she’s far from finished in politics. She remains a Shelby County Commissioner representing District 7 in Memphis where she chairs the Law Enforcement and Corrections Committee and serves as vice-chair of the Education Committee. Despite the election outcome, she has vowed to remain committed to advancing opportunity for all in Memphis. In a tweet right after the election, she posted,

“Now, we must recommit ourselves to the work of holding those in elected office (including me) to enacting a progressive agenda that creates equity, is transparent, and works alongside constituents to strengthen neighborhoods.”

Tami Sawyer is part of a long, storied legacy of bold, unapologetic Black women stepping up to lead and transform the American South and the country as a whole.

Congratulations, Tami, on your campaign and for what you accomplished. Thank you for your commitment to service and leadership. We are proud of you!

To see Tami’s inspirational video about why she ran for mayor, click here.