The POTUS Nominates Another Supreme Court Justice: What Can Black Women Expect From Judge Kavanaugh? 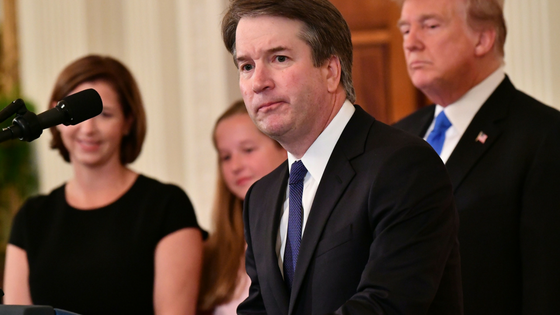 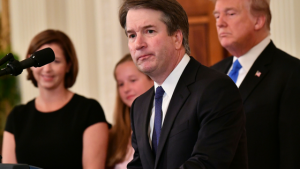 On July 9, in a prime-time spectacular, the POTUS announced that 53-year-old D.C. Circuit Judge Brett Kavanaugh is his pick to replace retiring Justice Anthony Kennedy for the U.S. Supreme Court.  Since becoming a Supreme Court Justice is a lifetime appointment, we need to be all in on learning about Judge Kavanaugh and determining if he is a good fit.  If confirmed, he will influence American Jurisprudence and our lives for the next two to three decades.

Who is Judge Kavanaugh?

Trump outsourced his Supreme Court pick to the super conservative Federalist Society and Heritage Foundation, thereby making good on a campaign-trail promise to defer to the opinion of these groups when it comes to making decisions about SCOTUS.  So, let’s learn a little about them.

The Federalist Society is generally NOT for individual rights or jurists who support them. For example, they don’t like

They say these laws go too far and give the government too much power.  We, on the other hand, treasure them because we’ve had to rely on the protection of individual rights to avoid persecution in the U.S.

Kavanaugh is also loved in conservative legal circles for being an “originalist” in the mold of Justice Clarence Thomas and the late Justice Antonin Scalia.  An originalist is someone who believes that “the interpretation of a written constitution or law should be based on what reasonable persons living at the time of its adoption would have understood the ordinary meaning of the text to be.”

Describing Judge Kavanaugh in this way is important.

The original constitution is a conservative document that was written to represent the interests of its writers – an elite white, male, land-owning (rich), often slaveholding ruling class.  So, if you are a constitutional originalist your starting point for interpreting the law comes from a document that has a distinct POINT OF VIEW, which DOES NOT include Black women, other minorities, poor folk or women.

Judge Kavanaugh’s work history may also help us learn more about who he is as a person.

Before he was a judge, Kavanaugh had a high-profile career as a conservative political operative.

Finally, we turn to sources like Politico, which have breaking news on Kavanaugh, to help us summarize his point of view.

While we don’t know for sure how Kavanaugh’s appointment would affect Black women, given the above, we’re betting that it won’t feel like a warm embrace.

POTUS’ nomination is not enough to seat Judge Kavanaugh.  OUR Senators must vet and confirm his nominee. That means we still have an opportunity to weigh in!

Judge Kavanaugh has a record as a jurist in the form of some 300 opinions that he wrote while on the D.C. Circuit.  These opinions can tell us how he interprets the law.  We need to get informed and understand what these opinions reveal about his views on the rule of law.  And if we don’t like what we learn, we can call our Senators and tell them to vote not to confirm!

On Following and Amplifying the Leadership of Black Women: An Interview with LaTosha Brown