The Racist Roots of the Pro-Life Movement 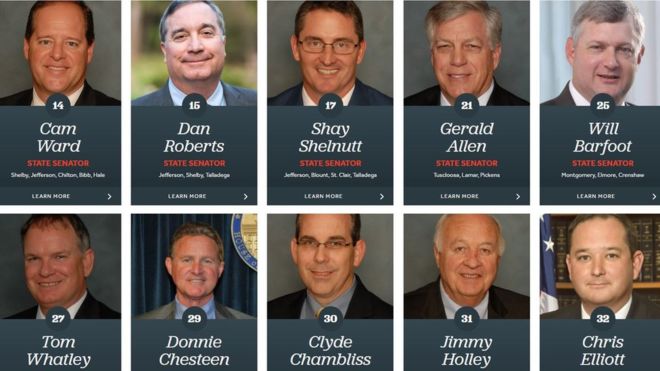 For the last month or so, it’s been hard not to feel like we are living in a time warp. Of course, our calendars and various forms of technology let us know that we are actually living in the year 2019. But, the recent anti-abortion laws in Georgia, Alabama and, now, Missouri harken back to the Dark Ages and a time in this country when women did not have autonomy over their own bodies and the legal right to privately decide what is best for themselves, their health and their families.

As reproductive justice advocates, health care professionals, political progressives and basically anyone with good sense try to fight these bills, you will likely hear that they are sure to impact Black women disproportionately. That is likely true. But instead of writing about why abortion access and, more importantly, overall reproductive health care access and choice (which includes abortion) are necessary for Black women, I wanted to write a bit about the history of these misogynistic bills. Though it is not widely known, they were actually birthed from a religious movement that was not originally pro-life at all, but instead about protecting segregated schools.

Sounds hard to believe, doesn’t it? Yet, it’s true.

According to Randall Balmer, a historian, Episcopal priest, and professor of arts and sciences at Dartmouth College, white Evangelical Christians did not organize themselves into anti-abortion coalitions immediately in 1973, after the Supreme Court ruled in Roe v. Wade that abortion is legal. In fact, even as late as 1971, delegates at the Southern Baptist Convention in St. Louis, Missouri passed a resolution that members of its denomination should work for legislation that allows for abortion in cases of rape, incest, fetal deformity or serious harm to the health and well-being of the mother. They subsequently passed similar resolutions at their conferences in 1974 and 1976. At the same time, other Evangelicals met Roe with overwhelming silence, citing it as a distinction between church and state and the right of individuals to make personal, moral decisions without state interference.

Meanwhile, in the late 1960s, Southern states were also dealing with the impact of Brown v. Board of Education, the Supreme Court decision that desegregated public schools. In the wake of Brown, whites-only private schools were popping up in places where wealthy whites could afford to create their own schools. But it wasn’t enough for them to have their own institutions; they also wanted those segregated schools to be tax-exempt. In 1969, a group of Black parents in Holmes County, Mississippi sued the Treasury Department to prevent three of those whites-only schools from receiving tax-exempt status. Their argument was, that under the discriminatory nature of the schools, they were not charitable institutions and should not be considered tax-exempt. And in 1970, President Nixon ordered the Internal Revenue Service to create a policy that denied tax-exempt status to all segregated schools across the country.

As you can imagine, this resulted in an anti-government backlash. It also led some schools like Bob Jones University, in South Carolina, to admit marginal numbers of Black students, whom they had previously discriminated against. While Bob Jones began admitting Black students in 1975, it also enacted its own strict anti-miscegenation rules, prohibiting interracial dating among students. They even went so far as to only admit married Black students out of fear that single Black students would begin dating single white students. While Bob Jones and other schools continued to push not to pay taxes, the IRS was unmoved. But this provided the fuel that the Religious Right needed to galvanize Evangelical voters around an anti-government agenda, which had roots in preserving racism and white supremacy.

It wasn’t until 1980 or so that the Right began to champion anti-abortion as a cause. It’s hard to pinpoint exactly how or why they made the shift from school desegregation to saving unborn fetuses. After all, just a decade before, they were very clear that the government should not interfere with the right of individuals to make personal reproductive health choices. But this need not make sense, in order for us to understand what they’ve done and the hypocrisy behind it. While Evangelicals want to be free to discriminate based on race, without government interference, they also want to preserve a white world in which white babies outnumber people of color, Black people in particular. And these issues poll well with conservative voters, who have long been fed a narrative that combined racial fears, a distrust of government and economic resentment.

So here we are, in 2019, with white lawmakers (mainly men, though Alabama’s law, was both written and signed into law by white women) writing and enacting Draconian laws that endanger everyone and could worsen a health crisis among Black women. This is not about whether you are pro-abortion. You can absolutely be pro-life and still support the right of people to decide what’s in their best interest. And that’s what this comes down to. Black women deserve the right to access reproductive health care and to make their own decisions about their bodies. We cannot allow policies rooted in misogyny, racism and white supremacy take that away from us.

If you want to help, here are a few things you can do:

Donate to the Yellowhammer Fund, which helps people in Alabama seeking access to abortions.

On Getting Real About Our Retirement Income Crisis: An Interview with Elizabeth White