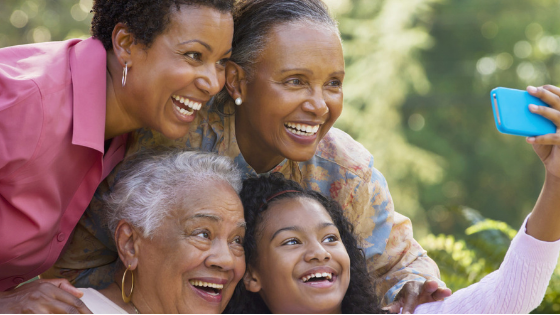 President Trump will deliver his State of the Union address on Tuesday, February 5th. Despite the lies he’s likely to tell about the state of our union being strong (it’s not!), we wanted to take some time to specifically address the state of Black women today. Here’s our State of the Union for Black Women in 2019. What are your thoughts? We’d love to hear from you!

There are 24M amazing Black women (like us!) in the U.S. today.  We comprise 14% of the population. 56% of us live in the South.  The metro areas with the largest Black American female populations are New York, Atlanta, Chicago, and Washington, D.C.

According to African-American Women: Our Science, Her Magic, “between 2013 and 2015, 64% of Black female high school students enrolled in college immediately after graduation.”  It’s clear that we want to learn, grow, and develop as leaders! And 23% of Black women over age 25 have completed at least a bachelor’s degree.  However, the exorbitant cost of college has caused many of us to stop or drop out.

Black women make less than white men at every level of education. Thus, contrary to popular myth, the Black Women’s Wage Gap cannot be explained by differences in occupational choices.  And the way to equalize pay is not to hone our negotiation skills or send all our girls off to study STEM (though we should be working to increase our presence in those fields). What we need to do is to address racism and sexism in the workplace once and for all.

We’ve said it before and we’ll say it again – until we see some policy change – Black women face a dire wealth gap, which impacts every area of our lives.

Median wealth (what we own minus what we owe) for single Black women is $200.  This compares to over $15,000 for single white women.

Without wealth, we have LITTLE to NO ability to exercise agency for things like taking time off to look for new and higher paying employment, moving to find a better place to live, providing the best for our children and families, going back to school to get additional skills and advancing our interests and becoming more civically engaged—including volunteering and donating to political campaigns.

The point is: wealth isn’t just about having more money to spend on clothes, coats, and hats.  It’s the ability to live your life as you please!

To build assets for ourselves and the next generation, we must continue to advocate for policy changes to raise the minimum wage, institute universal basic income, advance progressive tax reform, and more.

Black women have the highest labor force participation rate of any demographic at 66% and we are employed in every industry.  But we face barriers to climbing the corporate ladder.  There are no Black women currently serving as CEOs of Fortune 500 companies.

That said, in 2018, we were pleased to see amazing Black women kick corporate ass!

For example, Rosalind Brewer took care of business as chief operating officer for Starbucks and Thasunda Duckett is serving as consumer banking CEO for JPMorgan Chase.

Black women are the fastest-growing segment of entrepreneurs in the U.S. Unfortunately, the average Black woman-owned business only raises $42K in capital.  This compares to $1.14M for all startups.  And, according to this powerful report by Project Diane, in the aggregate, Black women-led startups have received less than .01% of the $424.7B in total tech venture funding raised since 2009.

That said, Julia Collins, co-founder of Zume Pizza made history last year.  She raised $465M in capital and her company was valued at $2.2B! This just goes to show that amazing things happen when Black women-owned companies are invested in. Note to all those Silicon Valley entrepreneurs and venture capitalists out there: Invest in Black women. You won’t be disappointed!

Black women vote at higher rates than any other demographic. And, as Democrats are finally realizing, we’re a critical voting bloc to delivering the progressive values and policies our country so desperately needs.

No Black American woman has ever been elected governor in the United States. But in 2018, we came close when Georgia Democrat Stacey Abrams ran an incredible, inspiring campaign and won more votes than any other Democratic candidate in Georgia history. In fact, Stacey has been selected by the Democrats to give the party’s response to Donald Trump’s State of the Union address on Tuesday. Some say this is a preview to her potential senate run in 2020. If she does run, we are here to cheer her on! #RunStaceyRun

Black women crushed it in the 2018 midterms!  Reps. Ayanna Pressley and Jahana Hayes became the first Black women ever to represent Massachusetts and Connecticut in Congress. Rep. Lauren Underwood of Illinois became the youngest Black woman ever elected to Congress.  And one of our sheroes, Rep. Maxine Waters, is the first woman and first African-American to ever chair the U.S. Financial Services Committee, one of the most powerful committees in the House.

We crushed and are still crushing local races too.  BlackHer Sheroes like London Breed (Mayor of San Francisco), Keisha Lance Bottoms (Mayor of Atlanta) and Muriel Bowser (Mayor of Washington, DC) hold power seats in local government.  Other sheroes like Lori Lightfoot (candidate for Mayor of Chicago) are still in the race.

Black women made strides but have a way to go in improving our health.  According to BlackHer Shero Linda Blount, president and CEO of the Black Women’s Health Imperative, racism, not race, is a risk factor for poor health.

“The fact that there is no fresh food in so many Black neighborhoods is a structural issue. The fact that a single mother must take two buses and one hour and a half out of her busy schedule to get her children vaccinated is not her fault. Black Women’s Health Imperative aims to help Black women understand how policy issues are affecting our well-being.”

Meanwhile, Black maternal health is at crisis levels. The U.S. has the worst rate of maternal mortality in the developed world, largely because Black women in America are three to four times more likely to die from pregnancy-related causes than white women. Check out this video by Essence, which explains the connection between Black maternal mortality rates and systemic racism.

We can only change the future when we come to terms with our present and past.  And that means getting better educated and informed. Though the state of Black women in 2019 isn’t where it should be, we are making incredible contributions across the country and moving forward with resilience, determination and an eye toward the future.