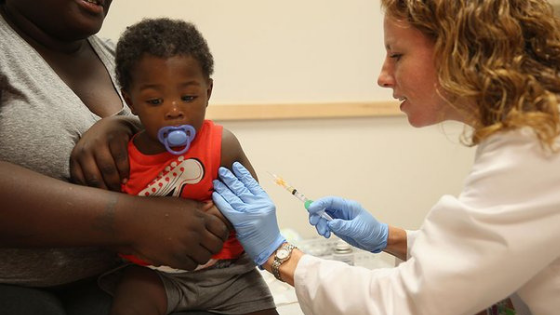 On March 11th, Donald Trump’s administration announced its budget for 2020. It includes projections for massive economic growth, reduction of the federal debt and a balanced budget within 15 years. While Trump and company are touting their plan as a win for all Americans, researchers and analysts, including non-partisan organizations like The Committee for a Responsible Federal Budget, say that it’s completely unrealistic. It actually increases spending by 15 percent while also massively cutting important programs for things like low-income housing, the environment, and childcare. The Washington Post bluntly refers to the budget as “fantasy.”

Unfortunately, Black women have a lot to lose under Trump’s plan. One of the biggest policy changes included in the proposal is to Medicaid. The budget, which seeks to eliminate Medicaid expansion under the Affordable Care Act, includes a whopping $1.5 trillion in cuts to Medicaid over the next ten years and requires certain enrollees to work in order to retain their health coverage. According to the Black Women’s Health Imperative, nearly than 1 in 3 Black women of reproductive age are enrolled in Medicaid. The program is vital to reproductive health care for low-income black women, who use it to cover birth and family planning services. Additionally, most of the Medicaid enrollees who can work are already working. Imposing specific work requirements would only result in a loss of health care coverage for black women, who already suffer from the highest maternal mortality rates and pregnancy complications in the developed world.

Trump’s budget also includes $207 billion in cuts to the student loan program, including the elimination of the Public Service Loan Forgiveness program and in-school interest-free (subsidized) student loans. Black women need access to low-interest student loans with reasonable repayment options in order to pay for higher education. Studies from 2018 indicate that Black women have the highest amount of student loan debt in the country, graduating with at least $30,400 worth of debt compared to $22,000 for white women. It also takes us longer to pay off our debt. In the workplace, we also make less in wages than white men and women—earning just 63 cents to every dollar earned by white men and 79 cents to the dollar for white women. These cuts will impact our ability to access affordable education, while also setting us up for even more crippling debt in the future.

The plan is also bad for Black children and families. It proposes an overall 9 percent cut to Head Start, the Women, Infants and Children Program (WIC), public housing programs and Section 8 housing vouchers. Head Start provides free preschool programming for low-income children. And decades of research demonstrate that the learning and development opportunities provided in programs like Head Start are important for the well-being of poor children as well as their outcomes as young adults. Similarly, cuts to federal food assistance programs like WIC and SNAP (Supplemental Nutrition Assistance Program, also known as food stamps), will mean that poor Black women and children will suffer from hunger, a lack of nutrition support and breastfeeding education—programming which is covered under these programs.

Of course, while this budget proposes massive cuts to federal programs that protect the most vulnerable people in the country, it also includes billions in funding for defense, military spending, and a southern border wall. The Trump administration is seemingly proud of these cuts—even though officials have spent the last two years telling us that they plan to put America and Americans first. Yet, this is a plan that does just the opposite. It will only hurt a significant amount of people, and has a disproportionately negative impact on Black women. Because of our divided Congress, it is unlikely that Republicans and Democrats will come to an agreement on the budget anytime soon. Meanwhile, Black women will have to continue to fight hard to make sure our voices are heard and that this administration does not succeed in taking away the resources we need to create happy, healthy and successful lives for our families and ourselves.

Want to make your voice heard? Click here to find out how to contact your member of Congress.

On Saying “Yes” and Connecting With Others: An Interview With Retired Judge Ann Claire Williams