Want to Be Best? Vote for Trump! 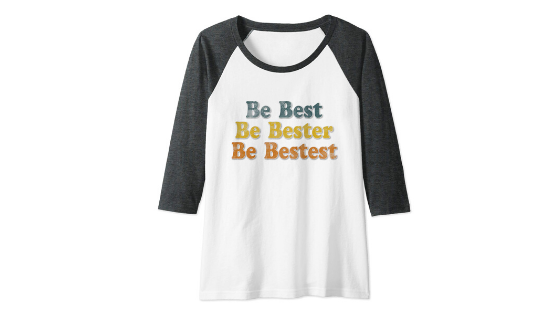 There are still a ridiculous number of candidates running for president—18 to be exact. If you are a thoughtful and discerning voter, you could spend hours or days researching the platforms of each of these candidates.

But why bother? Instead, I’m going to tell you exactly why the current president, Donald J. Trump, is the only choice for Black women.

First of all, Trump is the best president of all time. How do I know? He’s told us so. And we should believe him because he always tells the truth. He knows words and has the best words. No one is stronger. Or bigger or better at the military. He would have made a great general. And he has tremendous respect for women. In fact, no one respects women more than he does.

As proof, we only need to look at his support of two Black women in our community, Lynnette Hardaway and Rochelle Richardson, otherwise known as Diamond and Silk. They love Trump and he loves them. Over the summer, they tweeted that Trump is our voice and paving the way for “all Americans to have an opportunity at the American Dream.” That tweet went viral, getting more than 57,000 likes and 16,000 retweets. That’s because America trusts Black women completely. And Diamond and Silk are two of the best and brightest Black women America has to offer.

Listen to Diamond and Silk. Vote Trump in 2020.

But it’s not like Trump just has two Black women that he associates with. He has great relationships with Black women. The best relationships. Remember Omarosa Manigault Newman? She was on Trump’s reality show The Apprentice. He made her famous. In return, she supported his campaign for president and went on to become a White House aide after his election. And he has supported her every step of the way, even when she got fired from her job. Sure, he may have called her “disgusting and foul-mouthed.” He even said she was a dog. But it’s not like those are insults. Trump loves Black women. His own words prove it. I dare anyone to say differently.

Last month, our inclusive, kind-hearted, non-racist POTUS even launched a “Black Voices for Trump” coalition for his re-election campaign. He told the crowd, “We’ve done more for African Americans in three years than the broken Washington establishment has done in more than 30 years.” He also says that he has “strong support” among Black people. And why wouldn’t he? Since he’s been in office, he’s said that Neo-Nazis  are fine people, called Haiti and African countries “shitholes,” repeatedly attacked Black football players who protest racial injustice calling them “sons of bitches,” called Congresswoman (and Auntie) Maxine Waters  “a low IQ individual,” told Black and Brown Congresswomen to “go back to the countries where they came from,” and called the city of Baltimore (my hometown and a city that is more than 60% Black), a “disgusting, rodent and rat-infested mess.”

But these things are not the least bit offensive. One only needs to look at the facts to prove it. The Black unemployment rate is down (largely because so many Black women are in the workforce, yay us!). Racism is a thing of the past (just ask Trump supporter and our sister-in-the-struggle Candace Owens). The country is more respectful of diversity and difference than ever before. Black women love Trump. And he clearly loves us. He understands the issues that are most important to us as Black women and has the best policies to address them.

Listen to the president in his very own words. He says exactly what he means. But in case this doesn’t convince you, you can always heed the words of First Lady Melania Trump— #BeBest. Vote for Trump.