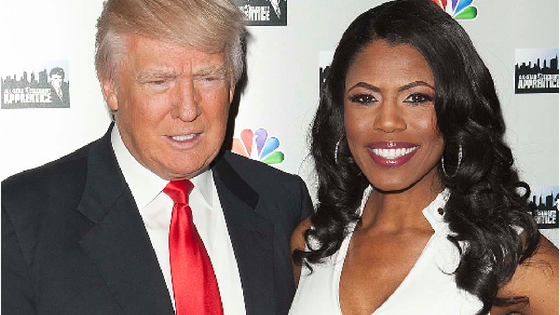 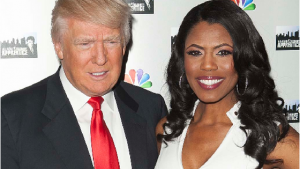 Former White House Advisor and serial reality star, Omarosa, has been dominating the airwaves this week.  While promoting her book, Unhinged, Omarosa announced that while she used to want us all to bow down before POTUS Trump, she doesn’t feel that way anymore because she just discerned that Trump is a racist!

Specifically, Omarosa says that she heard Mr. T. use the N-word on a tape of some old Apprentice footage. As proof, she herself released a tape of some of Trump’s Black brain trust strategizing on how to deal with the news that he said the N-word if said tape ever surfaced.

In response, Trump got down.  Ironically, in a classic racist move, he animalized Omarosa!  Specifically, he called Omarosa “a crazed, a crying lowlife, and a dog.”

This recent tweet has sent many news outlets into investigative journalism mode.  Is Trump a racist or isn’t he?  Is this recent rant, the real proof we need?  We’ve got to get to the truth!

The overwhelming majority of people of color and vast swaths of white Americans determined that Trump was a racist a long time ago.  A simple search of the Internet shows that Mr. T meets the classic definition of a racist, which according to Google, is a person who shows or feels discrimination or prejudice against people of other races, or who believes that a particular race is superior to another.

With the definition in hand, one can read published news stories to see if our POTUS “shows or feels prejudice against people of other races.”  Here is a sample from the Boston Globe.

“Donald Trump… called Mexicans “rapists” and he tweeted a photo of a taco bowl to demonstrate his appreciation for Hispanic culture.  As president, he said the crowd at the white nationalist rally in Charlottesville, Va., included “some very fine people.” He dismissed majority black nations as “shithole countries.” He mocked Senator Elizabeth Warren as “Pocahontas.’’ He labeled an African-American member of Congress “low IQ” and warned illegal immigrants will “infest” the country.”

For good measure, one can also look at the President’s tweets to gain insight into how he feels about people of other races.  Guess what? The Presidential tweets are racist too!

Michael Harriot who writes for The Root provided excellent in-depth analysis of Mr. T’s tweets and found that they contain a lot of attacks on Black people.  When Trump is tweeting about Black people, his tweets are more negative (93.4%) than positive (5.6%). In addition, he often promotes traditional racist folklore of Black inferiority by calling prominent Black people stupid and saying that we have low IQs.

Here are the stats:

IMHO, this is all pretty compelling proof of racism, but anyone who doesn’t want to look at the facts can ask the Neo-Nazis their opinion of the POTUS.  These self-proclaimed white supremacists pretty much have PhDs on the subject of racism. They have said that Trump’s words and more importantly his policies tell them that Trump is on the same page as them when it comes to race.

So Why Are We Still Debating Trump’s Racism?

Trump’s racism has to be recognized and resisted of course, but to me, it feels like a waste of time to talk about it, let alone to debate it. My gut says that anyone who can’t see his racism by now is not being intellectually honest.  And my instinct is to ignore them.

However, people wiser than me say I am wrong to dismiss the deniers.  For example, my beloved mentor, the late Julian Bond, told me that you have to talk about the obvious in order to convince those who are sitting on the sidelines.

So I got active this week.  Specifically, I reached out to two white people I know, who voted for Trump and I asked them, “Do you think Trump is a racist?”   One person said, “No.”  The other refused to answer.

Next, I asked, “How can you not see the POTUS’ racism, when the Nazis see it?”

After taking a few deep breaths, one friend said, “Trump is a white man of a certain age and that’s just how white people that age talk.”

Another friend said that he likes Trump’s policies, including tax breaks and immigration reform.

Aha!  That seems to be the answer.  My friends are willing to put up with some “discomfort” in exchange for policy changes that they like. In addition, while they didn’t state this directly, neither seems to believe that Trump can cause real harm. Hmm.

I left these conversations feeling deeply frustrated.  That said, I’m determined to stay in conversation with decent people with whom I disagree.

The sad fact is, we may have to keep debating Trump’s racism until our would-be white allies come along.

The good news is that while many white folks are still muddling around and trying to discern and/or discount Trump’s racism, millions aren’t.  In fact, while Mr. T and his administration continue to show us their best oppressive policies, people of all races are pushing back. To wit:

Finally, and most important, people are VOTING in primaries and special elections, and they are electing people who will stand up for the people and against Trump.  And many are predicting that Democrats will vote in the midterms in record numbers to change the tide.

It DOES get tiring to debate the obvious and it’s REALLY hard to believe that Omarosa is just now seeing the light.  But it’s also true that this discussion about Trump’s racism is keeping us on our toes.

With every racist tweet, executive order, or legislative action, we are standing up.  We will not allow Mr. T’s racism to destroy our families or our country.  We’re taking it back.