What Are You Becoming? 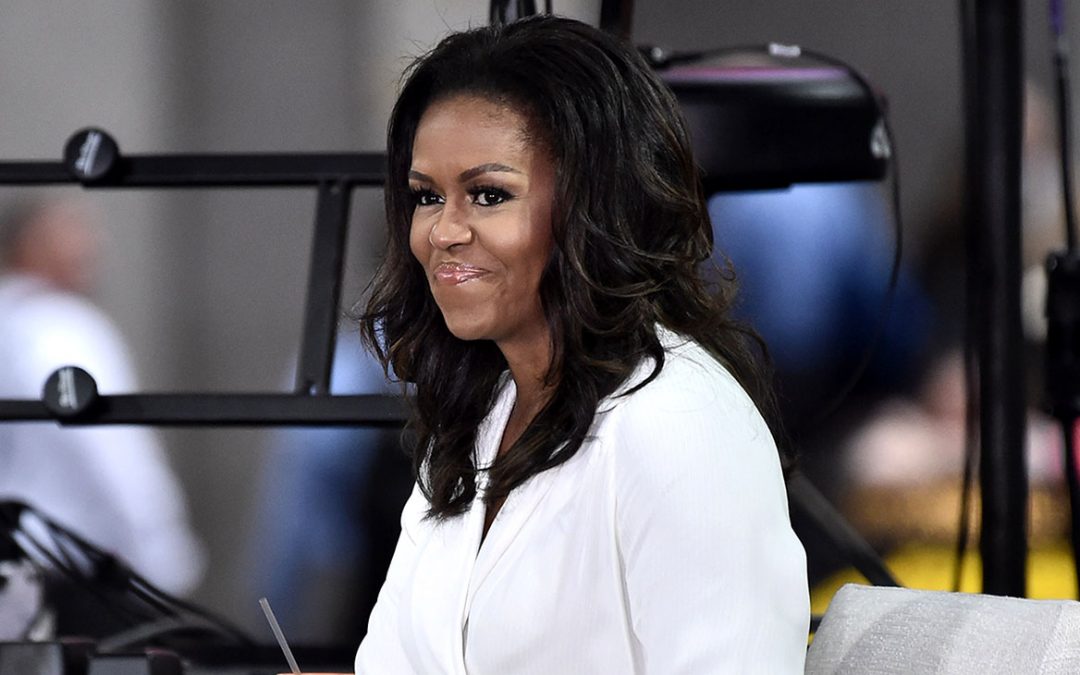 On November 29th, I joined 19,000 other excited people at Barclays Center in Brooklyn for Michelle Obama’s Becoming tour.  Propelled by music, pictures from Michelle Obama’s life, and motivational signs on the stadium jumbotrons, that read UNSTOPPABLE and #IAMBECOMING, the mostly ladies in attendance (including me!) were so pumped up that you would have thought that Oprah was nearby. Instead, we were “waiting for Obama,” Michelle, that is.  Like her husband Barack, mighty Michelle has now achieved Rock Star status. She draws a diverse crowd of girls and women of all ages and a lot of guys too.

The subject of the tour, Becoming, is now the highest selling book of the year. If you haven’t read it yet, pick up a copy to learn more about the ups and downs of an ordinary American Black woman, who became the first one of us to serve as the nation’s first lady. Because of her character, compassion, and drive to keep fighting for America, Michelle got the job of Forever First Lady. Thank goodness, she is still serving us even though her husband’s presidential terms are over!

Through a question and answer session with her friend and poet laureate Elizabeth Alexander, Michelle answered some of the queries that we all want to know about her.  For example, she talked about her childhood on the south side of Chicago and her loving family; her courtship and the early years of her marriage to Barack Obama.  She also talked about what life was like in the White House (to paraphrase, it sometimes felt like being in prison.) She also answered the question of whether Mr. Obama really is “all that” (based on what Mrs. O said, he kind of is.)  Through her thoughtful responses and good-natured engagement, Michelle also answered the biggest question of the night:  Who is Michelle Obama?  As we had always believed, she’s a funny, smart, beautiful and unapologetically Black woman who still wants to turn this country around.  Here are additional highlights:

Michelle had a happy childhood, but she was aware of and affected by the racism around her. By the time she was in second grade, most of the white people had moved out of her south side neighborhood because it got “too black,” and they feared what might happen to themselves and their property values if they stayed.  She knew that they were leaving because of irrational fears.

“Those people didn’t know us, and that we had the same dreams, hopes, and aspirations as they had. All they knew was the color of our skin.”

When speaking about her career, she stated to wild applause,

(We agree!)  Michelle explained that as a young woman lawyer, wife and mother she had to do it all — work and take care of her family, often as a single parent. Barack was often unavailable because he was leaning into his careers as a state representative, practicing attorney, and law professor. She reinforced the fact that you can’t lean in when you are the one responsible for home and household.  You need other solutions.

Michelle found another solution. Even though she had a loving husband, she also had a driven and often absent partner.  The Obamas sought marriage counseling. The couple found ways to manage their lives, but more importantly, Michelle learned that she was responsible for her own happiness and her presence in the world.  Barack knew how he planned to show up in the world.  Michelle had to decide how she was going to show up and execute on her vision. She leaned into family members and most importantly, for her, girlfriends!

Apropos of the state of the union, Michelle talked about how fear threatens to divide and destroy our country now, more than ever.  She shared her belief that telling our personal stories is the way to beat fear.

“We must remember that fear is a cycle that people use to keep us divided. “Otherization” eats at the core of who we are as human beings. We can break the cycle of fear by letting each other in.”

What are you becoming?

Michelle’s tour is certainly about selling her book and giving us a glimpse into her life story, but it is also more than that.  Through her tour, Michelle is asking all of us to share our true selves with each other to defeat the fear that is making America weak again.

She also wants us to ask ourselves, what am I becoming?  And, is my “becoming” intentional?

At the end of the evening, my friends and I talked about what we were becoming. Following a divorce, one friend is becoming a man who loves freely and without fear.  Another friend is becoming a social activist in response to voter suppression in Georgia and other parts of the U.S. during the 2018 midterms.

It occurred to me that through BlackHer, Jocelyn and I are no longer just nonprofit professionals who want to make the world a better place.  We are becoming socio-political commentators and media activists who are trying to make life better for Black women specifically and the American people in general.  We hope to become so much more.

Dear readers, this week, take the time to ask yourself: What Am I Becoming?  The answer may surprise you.

On Making Computer Science an Obvious Career Choice for Black Women and Girls: An Interview With Dr. Allison Scott