What’s in it for Us? Black Women and the Democratic Party 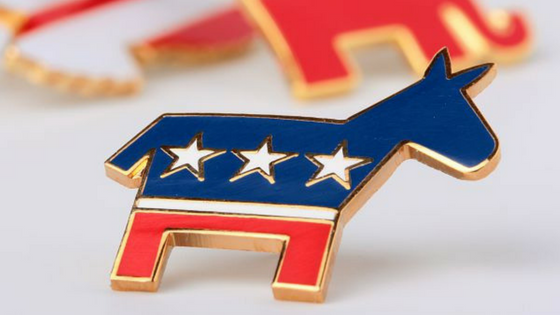 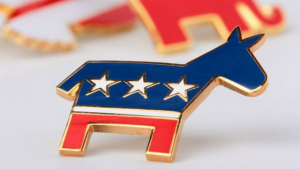 It is also well known that in the Alabama special election in November 2017, 98% of the Black women voted for the moderate Democrat Doug Jones vs. only 34% of white women. Doug Jones won the election by less than 2% of the vote. It was Black women’s votes, along with our organizing on the ground, that saved Alabama from electing Roy Moore, an accused pedophile, to the U.S. Senate!

Seeing a dearth of leadership that represents our values, Black women are also stepping up to run for office.  According to Black Women in Politics, hundreds of black women are running for office in 2018, and most of us are running as Democrats. (See The Black Woman’s Guide to the 2018 Midterms and www.higherheights.org to learn more about some of these candidates.)

In sum, Black women are a mighty and loyal political power for the Democratic party.

But do Democrats have our back?

The World According to the Democratic Party

Here’s how the story goes…

Black women are all Democrats and will always vote for Democrats for office because the Democratic Party supports progressive ideas that matter to us like higher wages, civil rights, and affordable healthcare.  (Plus, Barack and Michelle are Democrats.  So, case closed!)

But, there should be more to the story. We live in America, after all – Land of the Quid Pro Quo.

Whether we agree with their policies or not, Republican politicians listen to their constituents.  For example, wealthy Republicans like the Koch Brothers supported Trump because he promised them huge tax breaks. Once elected, President Trump and other Koch Brother allies in the Administration, kept their word and went about the business of securing tax breaks for their wealthy supporters, friends, and family.

Black women don’t get that kind of service.

Despite our loyalty and support for the Democratic Party, it’s hard to think of a recent policy that the Party has promoted to support us.

Black women may not have a lot of money, but we do have a lot of votes.  Why shouldn’t we require the candidates we support to respect us and pass laws that help us?  Otherwise, what’s in this relationship for us? What do Black women get for voting for Democrats?

Tired of Being Taken for Granted

Many Black women and men are in a state of crisis in this country.  It is well known that Black women are experiencing a devastating wage and wealth gap and that Black men are suffering under a discriminatory and draconian criminal justice system.  And many of us perceive that the Democratic Party, which has our vote, does little to help us.

Black women are questioning the Democratic party.  A survey in the fall of 2017, revealed an 11 percent drop from 85% to 74%, in the number of Black women who believe that the Democratic Party best represents our interests.

Additionally, some Black women candidates aren’t feeling much love for the Democratic Party either. They say that the Democrats are not doing enough to help us get elected to political office, even though running for office (and winning!) is one of the best ways that we can ensure that our interests are promoted. Why?  Candidates claim that the Democratic National Committee (DNC) has deemed them “unelectable” because they did not raise a lot of funds, and/or because they are running in white districts.

Argh!  Is it us or are these arguments fraught with racism?   How can we be “electable” without the funding and support to run?  Also, the idea that Black folks can only win in majority Black places is simply untrue.

Obama’s two-term presidency and the election of other leaders of color like Senator Cory Booker and Senator Kamala Harris show that race is not always the deciding factor in elections. America’s complexion is changing, and in some parts of the country, citizens are changing their minds about what good and fair representation looks like.

Following its bruising loss of the 2016 Presidential Election, the DNC says it is a new Party.  And Party leaders are sharing a commitment to understanding and advancing the interests of African Americans.  To wit:

It is good that the DNC is ready to listen to its most loyal constituents. However, to win tough elections, the DNC leaders must do more.  They must unabashedly promote policies and pass laws that help Black women and men.

That’s where Black women come in.

Put it in Writing

Lawyers say that if you want to be clear about something, put it in writing.

The best way for Black women to advance our collective interests inside and outside of the Democratic Party is to present our own policy agenda to elected officials.  Our agenda should specify the policies we expect all prospective and current legislators to support – if they want our votes!

Our agenda could cover one topic like advancing economic justice for Black women, or it could cover myriad issues that affect our well-being, including social, healthcare, and educational policies. For example, see The Status of Black Women in the United States by the Institute for Women’s Policy Research and the National Domestic Workers Alliance.  The authors share an overview of the issues facing Black women and include policy recommendations in areas, such as political participation, work and family, health and well-being, and more. Ideally, any agenda should be endorsed by millions of African American women and men, and by the civic engagement groups to which we belong.

For the past 30 plus years, Black women have voted for Democrats through thick and thin.  And Democrats have accepted our votes. But with rare exception (the Obama years?) lawmakers have provided little in exchange.

Those days are over.

It is about time that Democrats stood up for Black women by supporting our incumbents, our candidacies, and policies that help us get ahead.  If they don’t, we should ensure that they suffer the consequences. In the 1960s Black activist, Malcolm X chided Black men and women by saying we were “chumps” for voting for Democrats in such heavy numbers, and not leveraging our voting power.  His language was harsh but he was right.  Based on all that we do for our families, communities, and country, we deserve so much more.  We will no longer give our votes away for FREE!

On Being Great by Serving Others: An Interview with Arva Rice

On Seeding a Generation With Wealth: An Interview with Anne Price