Will You Help My Mom Achieve the American Dream? 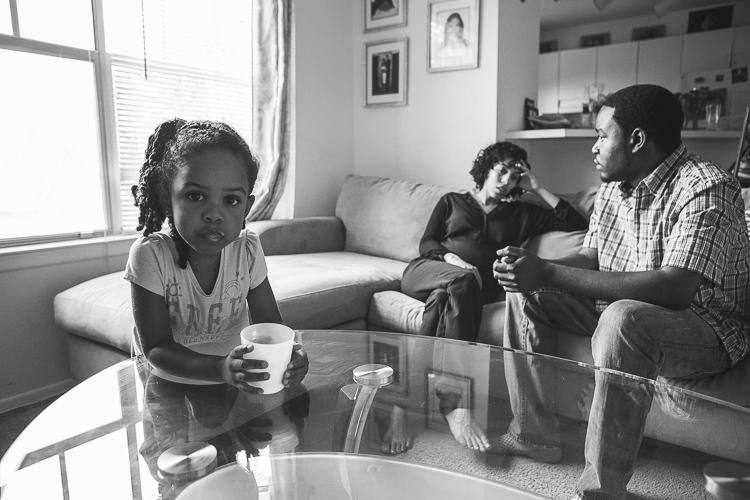 “As a woman of color, the American dream is a myth”
Julieta Orlando, Florida. 2015

“The story of the American Dream proclaims that opportunities for economic success are open to anyone with pure grit, gumption, and merit regardless of race. A college degree is viewed as a key driver of upward mobility and the primary vehicle to eradicate racial wealth differences in economic success. In reality, while a college degree may result in some improvement in life outcomes, it does little to undo the massive differences in wealth across race.”

In case you haven’t seen the data, here we go again. A report by Samuel DuBois Cook Center on Social Equity and Insight Center for Community Economic Development shows that single black women WITH Bachelor’s degrees lag far behind white women when it comes to accumulation of wealth. In fact, Black single women WITH Bachelor’s degrees have negative net worth. That’s because “…Black women have the highest level of student debt and struggle to pay off the debt in early adulthood despite working full-time.”

According to the study, marriage isn’t a wealth builder for Black women either. “Instead of marrying those from different social classes, more and more people with higher incomes and college educations are choosing to marry one another – a phenomenon, known as assortative mating. Marriage does little to help equalize wealth among white and Black women with a college degree.”

Gross disparities in wealth between white and Black women and specifically Black women’s lack of or negative wealth is an enormous barrier for us. Without savings or investments, it is terribly difficult to:

Black women are some of the hardest working and most talented women I know. We’ve simply got to come together to advocate for our interests.

Here are three ways to start.

While income is NOT the same thing as wealth, they are obviously connected because it’s hard to save if you have an insubstantial paycheck. Many legislators get this and there has been a great deal of momentum around the passage of minimum wage policies at the state and local level. In fact, according to the National Conference of State Legislators, “eighteen states began the new year with higher minimum wages. Eight states (Alaska, Florida, Minnesota, Missouri, Montana, New Jersey, Ohio, and South Dakota) automatically increased their rates based on the cost of living, while eleven states (Arizona, California, Colorado, Hawaii, Maine, Michigan, New York, Rhode Island, Vermont, and Washington) increased their rates due to previously approved legislation or ballot initiatives.”

Economic justice advocates are working hard to advance a $15 per/hour minimum wage that increases with inflation over time (based on the Consumer Price Index).  New York City, Seattle, Los Angeles, and San Francisco have passed $15 minimum wage ordinances.   Learn more about how you can get involved in the “Fight for $15!” campaign.

While there is very little action on federal legislation to increase the minimum wage, the Democratic leadership has introduced a bill that would increase the minimum wage to $15 per/hour, but it is largely a messaging bill at this point with few avenues for passage. If the Democrats take over the Senate and House in 2018 it will likely be a bill they pass early in the next Congress. (This is another reason for us to get our vote on in 2018!)

Universal Basic Income (UBI), defined as “a regular payment from the government to each and every adult, regardless of income” is an idea that is gaining steam, especially in tech circles where advances in artificial intelligence and automation portend significant job losses for millions of Americans.  The Roosevelt Institute has put forth a policy idea of guaranteeing an income of at least $1,000 per month for all Americans. In their study, they found that this would accelerate economic growth by 12%. Mark Zuckerberg is also a big proponent of UBI. What would it mean for Black women to know that they would have a $1,000 cushion every month? For the fastest growing group of entrepreneurs in the nation, it could be a game-changer!

#3: JOIN “TURN IT RIGHT-SIDE UP” – A CAMPAIGN TO ADVANCE PROGRESSIVE TAX REFORM.

Benjamin Franklin said, “taxes and death are inevitable.”  He could have added, “and we hate to talk about them both.”  But being in constant conversation about how we spend our communal “kitty” is a must because tax spending has an enormous impact on wealth equality (or lack thereof) for people of color! For example, in 2017, the federal government spent $677 billion to enhance the wealth and assets of American taxpayers. This is by far the largest federal investment in the income and wealth of American households. Unfortunately, the benefits of tax spending are incredibly unequal.  The top 1% of taxpayers receive more than the bottom 80% of taxpayers combined. To give additional perspective, according to Billionaire Bonanza, by the Institute for Policy Studies, the 400 richest US citizens control about as much wealth as all of the nation’s 42 million African Americans. And, unfortunately, the Tax Cuts and Jobs Act will make things worse.

Building wealth for ourselves and our families seems daunting but let’s not give up hope.  With sustained pressure and the engagement of millions of us, we can effect change. By enhancing progressive policies such as the Earned Income Tax Credit, the Child Tax Credit, Higher Education Tax Credits, and tax credits for low-income homeowners and renters, we can significantly enhance the wealth and financial capability of working families, i.e. have a direct impact on Black women’s wealth building opportunities.

Let’s get laser-focused on building wealth and prosperity for ourselves, our families and our communities. Our children can’t wait.

Much love and thanks to Jeremie Greer, Vice President of Policy at Research at Prosperity Now, who helped formulate this post.