Yes, Impeachment for That. 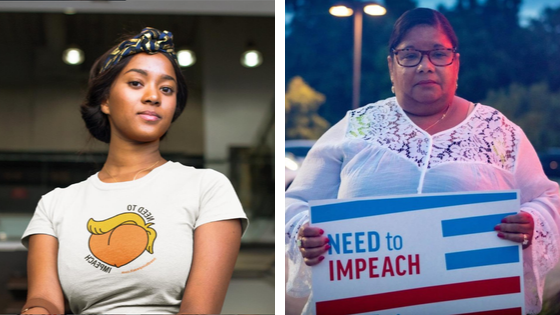 Last week, the White House released a summary of a phone call between President Trump and the President of Ukraine, Volodymyr Zelensky.  The call took place on July 25, 2019, the day after Mueller’s congressional testimony. Trump asked President Zelensky for a favor.  Specifically, he requested that the foreign president look into allegations of corruption against Hunter Biden and his father, former Vice President Joe Biden.  Trump asked for the favor in exchange for U.S.-approved military aid, which he had put on hold. He seemed to suggest that the release of the aid was contingent upon Zelensky’s favor.

The release of the call summary was followed by the release of a whistleblower complaint (read it here), which outlined this conduct, and also stated that it is “not the first instance of such conduct by the President”.  The whistleblower further alleged that officials in the White House and the Department of Justice engaged in a cover-up to hide the call transcripts.

Interestingly enough, the day before the President released the notes of his call with President Zelensky, Speaker of the House Nancy Pelosi announced that the House of Representatives was launching a formal impeachment investigation.

The President’s response was incredulous. This is a nothing burger! “Impeachment for that?”

Yes, impeachment for that.

When I heard the President’s response, I felt like an annoyed mom with rising blood pressure: why is this not sinking in?  Yes, Mr. President and my fellow Americans, “that” is impeachable conduct. For the 1,000th time, it is against the law and the interests of the American people to seek foreign interference in a U.S. election. It is also against the law for the President of the United States to use the presidency and taxpayer dollars to promote his or her own interests.

Trump’s lawlessness and brazen defiance of the laws of the United States is not news for Black women. The drive for impeachment is part of a grassroots movement that many of us have been pushing for, for a long time.  See this article for an example.  In addition, when it comes to impeachment, there is a lot we already know. Absent some real surprises, the Democratic-controlled House is likely to find evidence of impeachable offenses with respect to the President’s attempts at extortion (and more!). On the other hand, the Republican-controlled Senate is unlikely to secure the sixty-six votes necessary to remove the President from office.

I still think an impeachment inquiry matters and is a win for Black women and all Americans.

Many House members were elected in 2018 to act as guard rails on Trump’s presidency.  These folks got our votes and they are finally doing their jobs by investigating improper conduct by the President.  Our elected officials work for us, not the other way around. We held officials accountable to their campaign promises and it worked. That’s a win.

Contrary to his conspiracy theories, Trump is not part of a witch hunt by a few jealous Democrats. The impeachment inquiry is being driven by the will of millions of people (over 8 million to be exact). Need to Impeach, the biggest movement to impeach Trump, has been building momentum for years and is driven by organizers and activists, including the NAACP.  Many Black women and men stayed organized for over two years to push a full investigation of this president. That’s a win.

Again, impeachment may not mean that Trump is removed from the office.  It may not even deter another four years of his presidency. But that may be beside the point.  Black people don’t only act to win. Many of us try to live our values and do what’s right, regardless of the outcome.  If the President acted inappropriately or committed crimes (and it looks like he did from his own call notes!), then it is right for all Americans to hold his feet to the fire and call his bluff.  That’s a win.

On Fighting for Fairness and Equality at Work: An Interview with Alma Henderson

On the Power of Black Voters: An Interview with Adrianne Shropshire